Chinese Australians, forever to be condemned as ‘fresh off the boat’

Our group wears the cloak of invisibility where everyone looks the same. And when you cannot hear us speak, we will be equally marginalized in your eyes.

At first reading the Lowy report ‘The politics of being Chinese‘ seems useful for the Chinese Australian diaspora. It reveals that we are positive immigrants and contributors. As a large community group we are safe citizens and conservative by nature.

A main concern is that the analysis will lead to more stereotyping. It will justify the extensive suspicion that this community has already attracted from the mainstream press and right-wing politicians.

The questions were constructed to get black and white answers, leading to an analysis that brushes over the many nuances of the complex relationship of geopolitics, bilateral relationships in trade, academia, social, cultural and interplay of people in rich relationships developing between Western and Asian groups. There is no multiple choices or a 1 to 5 scale in this survey.

The questions polarize stark choices of authoritarian v democracy, Australian v non Australian, identity v timelines. These are shallow questions. The survey design is shallow. It leads to shallow data, and equally shallow analysis. Politicians from the right will have a field day with the report. There are many one liners to glean. A marketer’s delight can run these in parliament for years.

I refer to the discrimination and racism section. It focuses on the language of the open street. We don’t wish to respond in street terms. Discrimination and marginalization are loaded into the Australian Constitution, in legislation and policies such as the Poll Tax, Factories Act, Immigration Restriction Act, Dictation tests, and even the new Foreign Influence Transparency Scheme. Institutional bias in Australia is the real fuel for these laws where licenses of racism are derived.

What do the words “favorable to the Chinese system of government“ mean? Ending of poverty in record time, genocide of minorities, takeover of our valuable economy by belt road, or is it just an answer to fill behind a blank wall?

The report dissects and exposes the underbelly of 1.2 million community of Chinese Australians. We have now a substantial post-2010 group that:

The takeaway is the justification of the Foreign Influence Transparency Scheme Legislation, the surveillance policies, AFP raids, registration of foreign agents … In time a number of agencies will serve as watchdogs over suspect organizations and individuals and their relationship with each other and overseas.

The second takeaway is that we have been defined as a new target group. We cling to our motherland, reject democracy, and have less than proper true blue values. This is our major problem since our group is seem not able to assimilate. But we point out that your national multicultural principles are getting forgotten in the mix of the new cold diplomacy.

The third takeaway is that our group wears the cloak of invisibility where everyone looks the same. And when you cannot hear us speak, we will be equally marginalized in your eyes.

Chinese Australians have no room left to move in the valley of the Yellow Peril. We are all for one, deemed by mainstream to be always fresh off the boat. My great grandfather landed on Australian shores. Some 150 years later and I cannot even raise a trace of a Chinese accent and yet I stand with my own diaspora to scream silently at the Lowy report. 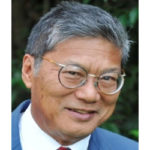