Chinese Australians’ take on anti-Chinese racism in Australia. Part 3 of a series on racism.

In the age of weaponised racism, Chinese Australians have taken on the moral duty of telling Australia stories well.

Following China’s warnings on 5 June 2020 to its citizens against travelling to Australia and four days later on 9 June against Chinese students intending to study in Australia, many Chinese Australians like myself have received concerned messages from family and friends from China on our safety and wellbeing. Some kindly advise: come back to China, the safest place on earth and where you won’t experience racism. We/I have to repeatedly tell our folks back in China that we are very safe and racism in Australia is isolated and not a prevalent social problem as reported in the Chinese media.

Among ourselves—Chinese Australians who have called Australia our homes and declared our trust in and allegiance to Australia and its values—there are discussions about the nature of such a hype about Australian/Western racism and the (supposedly) safe China. Some individuals have voluntarily taken on the moral duty of ‘telling Australia stories well’ (a playful take on the Chinese President Xi Jinping’s call for new media outlets to ‘tell China stories well’ to the world), through the dominant Chinese-language social media in Australia WeChat. I emphasise ‘some’ here because the views on racism among the Chinese community in Australia are diversified, probably similar to those in other racial and migrant communities.

We must accept the timeless nature of racism, the weaponization of racism, and its existence in Australia, despite the political, legal and institutional policies on anti-racism. There have been increasing cases of racism against Chinese and Asians in Australia – causing physical, mental, and material harm to victims – since the Covid-19 outbreak, particularly in March and April 2020 amid the pandemic scare and frustration at the lockdown. As I have written elsewhere, even wearing masks in public could cause verbal attacks, with such racist slurs as ‘keep your Chinese virus at home’. Australian government and politicians at the state and federal levels have publicly condemned it and urged Australians to call out racist attacks, while at the same time acknowledging the contribution of Chinese Australians to the national battle against the pandemic.

Even before the COVID-19, Chinese Australians already experienced rising racism amid the Chinese influence rhetoric. Many Chinese community leaders have privately and openly declared their frustration at their collateral damage for being caught in the crossfire between the diplomatic and trade tensions of the two countries. Prominent intellectual leaders have called for Australian public figures and media to ‘mind your tongue’ when targeting China, the Chinese government, and the Chinese Community Party. The increasing recent incidents of racial discrimination against Chinese, people of East Asia and Southeast Asia have prompted 16 prominent Chinese Australians and the Race Discrimination Commissioner Chin Tan to call for national unity and social cohesion.

It is these efforts, and the call for support for Chinese Australians, that make Chinese Australians proud of their host country. They have reached out to fellow Australians by procuring and donating masks and personal protective equipment to hospitals, community organisations, essential services, as well as the Black Lives Matter protesters. They have mobilised community members to donate to the Red Cross Australia to contribute to the nation’s fight against the virus. All these have taken place despite media panic about Chinese buying off masks to ship to China or trying to profit from the nationwide and worldwide shortage of surgical masks and protective equipment.

Only a few of these philanthropic efforts by the Chinese Australians are reported in the media. And most people remain quietly behind the scene throughout the massive crowd-sourcing efforts among the Chinese community in Australia, coordinated and mobilised via WeChat through various WeChat groups and individual WeChat Public Accounts. Individuals who initiated such crowd-sourcing campaigns are ordinary Australians of Chinese background, who have earned lots of respect among community members.

While some Chinese Australians have used their actions and generosity to speak to anti-Chinese racism in Australia, some others have used their personalised narratives to speak back at the ‘Australian racism’ rhetoric of the Chinese government, after the latter’s warnings against Chinese tourists and students to Australia.

We have seen Chinese international students defending Australia as a safe destination for study and their effort to provide first-hand evidence to Chinese parents who may have concerns about sending their children to study in Australia. While it is not clear how far such a message in English travels, it is safe to say that individual accounts and opinions of Chinese students and Chinese Australians that are expressed in Chinese, and via the Chinese-language social media platforms will travel farther among their potential audience back in China.

I have witnessed intensified discussions in various WeChat groups among Chinese Australians on the issue of anti-Chinese racism in Australia since February 2020. In April three Melbourne-based Chinese Australians took an informal, small, and random survey among nearly 1000 people in two WeChat groups to collect racist incidents that people reportedly experienced. They found that anti-Chinese racism was not only overstated but also misunderstood: some ‘incidents’ were due to misunderstanding and disputes among neighbours, which happen to be Chinese versus non-Chinese. They advocate for improved cross-cultural communication, tolerance, and active participation in community events as ways to counter the fear or anxiety of racism.

A number of individual ‘self-media’ (individual social media accounts) writers have written fact-checking or rebuttal pieces on WeChat on the Chinese government’s claim of anti-Chinese racism in Australia. One example is a piece published on 10 June 2020, entitled ‘I live in a ‘fake’ Australia’. This article is a sarcastic take on the Chinese government and its official media outlets for disseminating ‘fake’ news about the intensified anti-Chinese racism in Australia. It writes, ‘Why every word I tend to believe (from the Chinese official media) contradicts so hugely with the place I live? Oh, I see—I live in a ‘fake’ Australia.’ This piece and its sequel attracted a large number of comments from readers, with some pointing out China ignoring its own racism problem while pointing its fingers at others.

Another piece, published on 11 June, collects personal accounts of ‘racism’ in Australia, with the conclusion that racist incidents exist but are isolated, as Australia is a country of rule of law and most Australians are kind. It has 6487 reads at 3pm on 15 June 2020, with reader messages supportive of the author’s view on generous and kind Australians. This is reinforced by a third example: a poem published in a literature forum for Chinese Australians entitled ‘Australia, I’m so proud of you’. It expresses a Chinese Australian’s support of Australian values such as respect for the freedom, dignity, and equality of the individual, as shown in the fight against the bushfire and the pandemic. This poem is forwarded by a WeChat public account and received more than 16,400 reads at the time of writing.

Racism is not just ‘a weapon of the weak’ but also a weapon of the powerful and used as a political football. While racism should not be tolerated in whatever forms or formats in everyday life, we should be wary of weaponised racism at the national and international levels. Australia is gifted with one of the best assets to combat racism: its multicultural communities, including Chinese Australians, who are willing collaborators in our collective fight against racism and who are competent cultural ambassadors of Australian soft power. 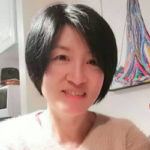