Almost a year ago we thought that peace had been declared in the school funding wars. True, the Turnbull government’s ‘Gonski’ school funding changes fall well short on many fronts but the government did try to bury the special deals that have dogged school funding for decades. After less than a year Labor has resurrected them in a planned gift of $250 million to Catholic schools in the first two years of a new Labor government.

In what is becoming a side-show of dueling media releases and ever more curious alliances, Education Minister Birmingham instantly attacked Labor – and for his troubles earned a broadside from Catholic Education Commission of Victoria Executive Director Stephen Elder. Elder is no shrinking violet, as the ongoing Catholic Vs Independent sector skirmishes would attest. This show isn’t going away!

The reality is that both sides of politics have done these deals in the past and they have always corrupted whatever fair school funding plan has been designed.

John Howard certainly formalized the idea that no school, however well-funded, should lose a dollar. In 2004 he introduced a ‘Catholic funding maintained’ category that prevented cuts to the 60 per cent of systemic schools that would have resulted from the Coalition’s own formula.  School funding became so risible that the first Gonski review was almost inevitable. Then the Rudd and Gillard governments placed the same ‘no losers’ restriction on the Gonski review panel. While Labor did introduce a Schools Resource Standard, Gonski’s suggestion of a National Schools Resourcing Board ended up in the too-hard basket.

To get a picture of the chaos that has emerged all you need is a computer and an internet connection to log onto the My School website. Find your local public school and add together its combined Australian and State government recurrent funding per student. Then go to the NAPLAN section, find a Catholic school enrolling similar students and check their combined government funding. In a surprising number of cases around Australia it is almost as high, if not higher than the public school – the one which must be open to all students. Oh, then add the extra Catholic school fee income.

As the My School data soon revealed, the special deals done over those years shifted Catholic systemic schools closer to their target resource standard relative to public and independent schools, schools which had not enjoyed the same preferential treatment.

In dollar terms, the craziness unleashed by the special deals now reveal that if the Catholic school students in the New South Wales town of Goulburn went to the local public schools Australian taxpayers would almost certainly come out financially ahead. Why is Goulburn interesting? That is where state aid to church schools symbolically began back in 1962, after the Bishops threatened to close their schools and send their flock to the local public schools.

It might make some sense if they had to meet the same (and often expensive) obligations as public schools, but they fall well short. They choose where and who they serve, their fees ensure that in almost every community they enrol students who are more advantaged. That’s easy to check on My School. While many Catholic schools do their very best, as a system they aren’t obliged to enrol or continue serving any student who might pose an extra challenge. They effectively have a deal which is as good as that available to their equivalents in New Zealand, but without the burdens. In quiz show parlance, they got the money AND the box.

And the Labor party wants to hand them an additional $250 million.

Maybe Labor has forgotten how the fairness and equity of the first Gonski review was received with a collective sigh of relief by educators, commentators, and even by most politicians. When not enough of it was implemented there was very evident rising concern about unresolved old problems. This was new and game-changing: even the Coalition felt the pressure to go back to some of Gonki’s original recommendations.

Most significantly, the Turnbull Government adopted the recommendation to establish a National Schools Resourcing Board.  This Board is due to provide advice by mid-year on the measure of private ‘capacity to pay’ by non-government school communities.  The current calculation based on socio-economic status has been a bone of contention with the Catholic sector.

The Board has a highly credible membership. Its report is seen as a potential threat by some sections of the Catholic school sector. The Shorten announcement positions the Labor Party as having been pressured by Catholic sector interests into pre-empting the Board’s report; and as preferring to play sectarian politics behind closed doors than to engage in an open policy development process.

Labor has apparently not been able to learn anything new. The difference this time around is that they might get an unwelcome judgment from an electorate that has, and expects something better.

Chris Bonnor is a Fellow of the Centre for Policy Development. Lyndsay Connors has held senior education policy positions at both Commonwealth and state levels.

A shorter version of this article was first published in The Guardian. Both writers have been regular contributors to Pearls and Irritations. 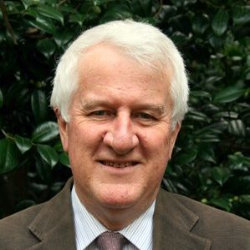