Now that the Coalition (should that be COALition?) Government has announced that it will abrogate is duty to formulate and implement a national energy management policy, it is up to the Australian people to do so.  We can express our choices through our State and Territory Governments via the Council of Australian Governments (COAG), which can coordinate the development of a National Electricity System (NES).

Those of us who are seniors will remember the Government owned ‘State Electricity Commissions’ which provided a complete service.  The mania for privatisation has resulted in these citizen-owned organisations being sold and broken up into generation, transmission and retail functions.  The promise of cheaper power has not been realised, mostly through poor regulation of monopolies, especially the ‘gold-plated poles and wires’ fiasco.

To make a start towards developing a National Electricity System, objective goals need to be identified and ambitious but achievable targets set.  One of the few areas of agreement in the electrical energy arena is that the characteristics of a NES are: affordability, reliability and emissions.  These three objectives could be placed at the points of a triangle to create a policy space which could become a forum for endless discussion about the trade-offs; for example, a 90% reliability goal will be more affordable than a 99.998% goal; but is the Reliability apple more important than the Affordability orange?  There is a simpler way to create a NES: a hierarchy.

The people disagree, with the majority wanting Australia to ratify its Paris Agreement pledge to the World.  The reality is that, unless we have teams with sledge hammers smashing solar panels and dynamite blasting wind generators, Australia will reach its Paris emissions targets in a couple of years, at least in the electricity sector.  So, we can put Emissions at the top of a hierarchy with little practical impact in Reliability and Affordability.

Reliability is also improving rapidly.  Informed commentators such as Simon Holmes á Court observe that with a few system changes, the falsely and much-maligned South Australia has achieved the COAG – Australian Energy Market Operator (AEMO) Reliability standard of 99.998% availability.  Again, Reliability targets can be achieved with little impact on Affordability.

The good news is that progress towards Affordability improvements are also in-train.  Indicative current generation costs in Dollars/Megawatt-Hour are: wind and solar $50-$60, existing coal-fired generators (ignoring the cost of environmental and personal harm) $80 and the over-hyped and under-assessed news High-Efficiency Low-Emission (HELE) coal-fired generators $150 – again ignoring the deceit that ‘Low-Emission’ is still about 70% of existing coal-fired generators.  If you want to compare these prices with your retail electricity bill, divide the numbers by 10 and call them a Kilowatt-Hour.

One does not have to be an investment genius to see the trajectory where new electricity generation technology is taking prices.  The most important factor affecting Affordability is investment certainty, and the COAG, at our bidding, can deliver as it has in the past with the formation of the National Energy Market, created by its Energy Council.

The Coalition’s Affordability, Reliability and Emissions hierarchy can be reversed into a National Electricity System hierarchy: Emissions, Reliability and Affordability. For each characteristic, goals are set: Emissions being the Paris Accord target of a 28% reduction (many of us would prefer a much more ambitious target as it is easily achievable), COAG-AEMO Reliability of 99.998% and a time-based schedule of prices per retail Kilowatt-Hour at various locations.

Because our electricity is a ‘National’ system (with apologies to Western Australia as distance makes long transmission lines currently uncompetitive with the local system) we need a method of assessing the best value investments.  An electricity system can be separated into components, each with a Key Performance Indicator (KPI):

There will be many competing ideas on how to develop Australia’s future electricity supplies, but there is a discipline that can provide certainty in an uncertain environment – computer simulation.  A stellar example is the Bureau of Meteorology’s weather simulator.  Using massive computing power and a distributed sensor network, reliable forecasts of weather now stretch to about seven days.

A simulation of the existing electricity system along with inputs of population, component prices, weather and climate, can allow proposed developments to be evaluated against the KPIs to find the best value-for-money.  For example, is a network of local pumped-hydro stations more cost effective that building long-distance transmission lines?  Fortunately, we have these assessment skills at hand.  ANU’s Professor Andrew Blakers has published many exceptionally insightful papers on this subject.  His work could be that basis for an Electricity System Simulator (ESS) operated by the Australian Energy Market Commission (AEMC) to assess various proposals and choose the very best.

There are many ideas to consider, many of them are already in Professor Blakers’ papers.  Australia has the advantage of being a large continent where the wind is blowing, and/or the sun is shining, somewhere.  If there are generators at those ‘somewheres’, delivering power to efficient transmission lines with the required capacity, then reliability and affordability objectives will be achieved.

The decade of debacle building a national energy policy and practice nonetheless has provided some illuminating moments.  Who had heard of Snowy Hydro 2 three years ago?  Same with Elon Musk’s ‘Big Battery’ in South Australia?  Tasmania could become the ‘Biggest Battery’ with west-coast wind generation pumping water up the hydro-dam storage chain and zero-emissions power delivered to mainland Australia via an enhanced Bass Straight transmission line when required.

Competing developments such as Snowy Hydro 2 and Tasmania’s Biggest Battery could be assessed by adding them to the ESS and letting that powerful oracle compute an assessment.

Finally, there is the question of funding.  Should Australia sell natural monopolies to commercial enterprises and rely on regulation, or should the people be invited to invest in the electricity system?  An opportunity is to invite investment into the National Electricity System under superannuation rules, and to choose a single large Superannuation Fund to manage the investments.  These investments could be in the form of NES bonds or shares.  To sweeten and expand the size of the pie, rules could be changed to allow new investments to be made, for example to people who have retired but want to bequest a National Electricity System that is low in emissions, reliable and affordable to their children and grandchildren.

Chris Mills is a MSc in Systems Management and is a systems designer and builder. 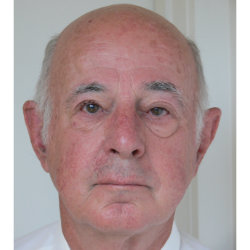