Australia’s drug policy regime is ruining people’s lives and causing more misery and cost than it saves.  A new approach is needed, one that is evidence based and recognises the personal, social and economic benefits of policies other than mere prohibition and law enforcement.  With good leadership and open-minded public debate, we can do better.

There are few areas of public policy where evidence and prejudice collide with such devastating outcomes on the lives of ordinary people as the area of drug law reform. The debacle of a so-called “debate” on climate policy may be just as illustrative of the problem, and may produce more victims in the long run, but for immediate negative impact/outcome drug policy is up there as the number one example.

The dilemma is exquisite because, even though all the evidence is on one side, the fact that it challenges both the fears and the prejudices of people and politicians makes it hard to for it to be translated into effective policy and outcomes.

Ordinary people’s fears are real and we should not dismiss them as mere ignorance, stupidity or prejudice. They know that drugs kill and ruin lives. They know that vast criminal enterprises control and profit from drugs. They know that drug money corrupts politics, policing and civil society. What they fear is that “giving into” drugs will make the problem worse.  Our approach to them has to be one which is engaged, patient, sympathetic and understanding. It has to be persuasive not hectoring and it has to be based not just on “objective facts” but on personalised instances of showing what works and what doesn’t.

The prejudice of politicians is a different matter. They can’t be blamed for responding to their constituents – that’s part of representative democracy. What they can be blamed for is distorting the truth for electoral advantage, playing the sleazy card of accusing others of being “soft” on things that will allegedly endanger the community and demonstrating no human sympathy or understanding for either the victims, or their families. Their determination to use the judicial system to destroy lives, rather than help save them, demonstrates moral failing on their part.  It is also irrational (because it always fails) and economically irresponsible (spending money on a failed system when there are so many better uses for it).

From time to time one despairs, but there are still rays of hope.  We must continue to accumulate the evidence. When proposals for a medically supervised injecting room first came before the NSW State Parliament, the then Shadow Health Minister (Jillian Skinner) opposed it. When it next came – backed up by solid evidence of its success and efficacy – she not only supported it, she became a great champion and carried this over into her distinguished period as Minister for Health.  All around us the laws on cannabis are slowly changing.  More American states, countries like Uruguay and Canada and of course Portugal provide solid evidence on which to base changes in public policy and help reinforce the necessary changes in public opinion which are also taking place.

Policy change is possible when one starts to add sound economic reasons – showing people why money is being wasted in one area when it could be so much better used elsewhere. The economics of our failing drug policy regime need to be better articulated and more persuasively used.

We need to frame the arguments about drug policy in a way which resonates with the public. Consider how, in just my own lifetime, we have moved from a veil of ignorance and prejudice (complete with the usual raft of grubby, hypocritical politicians and media outlets) where gay men were sent to prison for loving the “wrong” person to a stage where the Prime Minister falls over himself to show his support for gay marriage. What was the key element in the same-sex postal vote triumph?  In my view, reflecting what happened in Ireland, it was because the “yes” campaign could show what the negative policy was doing to the lives of real people.

The real people in the drug law reform debate may not always be particularly nice.  They may include “junkies” who steal our money to feed their nasty habits or “morally weak” people who could kick the habit if they wanted to.

However, that sort of argument did not prevent us (at least in NSW) from making major reforms to our laws on prostitution.  We now have among the best of legal frameworks for regulating what is accepted as a legal business. That reform has helped not only protect people but also improve public health outcomes.

Above all I take comfort from the success of our national HIV/AIDS policy and strategy. Back in the mid-1980’s, proponents of reform and of intelligent public policy had to confront all those debilitating prejudices – AIDS was all about promiscuous homosexuals, drug users and prostitutes; it was about people who were infecting others and whose blood killed innocent babies via transfusion; it was in any case their own fault or God’s judgement – views reflecting both ignorance and prejudice.

At the time we had to make the crucial policy decisions, we still didn’t know what really “caused” AIDS, nor how it was transmitted, and there was no “cure” (indeed even real treatment) available.  But we made those decisions and got them spectacularly right – unlike the United States and so many other places. By getting the public policy right, we saved enormous amounts of money and more importantly, innumerable lives.

It took courage, but it also required evidence. The Grim Reaper gave way to the Good Shepherd.

In the drug law reform debate the evidence is there, the economics are clear and the ultimate sufferers are identifiable.

Some may say that our politics has become so debased that we can no longer find the sort of politicians prepared to lead as they did then.  I don’t believe that. It is we, the proponents of reform, who have not yet done enough to identify them and give them the real tools they need to repeat the sort of success which we know we can achieve as Australians working together.

Chris Puplick, AM, is a former Liberal Party Senator in the Australian Parliament with a long interest and involvement in public policy, particularly in relation to human rights and social justice.  Relevant public sector roles he has held include that of President of the NSW Anti-Discrimination Board, NSW Privacy Commissioner and Chair of the Australian National Council on AIDS, Hepatitis C and related diseases. 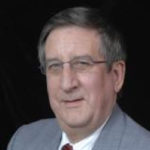 Chris Puplick is a former Liberal Senator and Shadow Minister. He has served as NSW Anti-Discrimination and Privacy Commissioner. He now serves as a full time senior member of the Administrative Appeals Tribunal and as Chair of the Justice health and Forensic Mental health Network of NSW.