By his response last week to the Federal Court’s finding that Immigration Minister Alan Tudge engaged in criminal conduct by detaining an asylum-seeker for five days in defiance of an order by the Administrative Appeals Tribunal (AAT), Christian Porter has shown himself unfit to be federal Attorney–General. 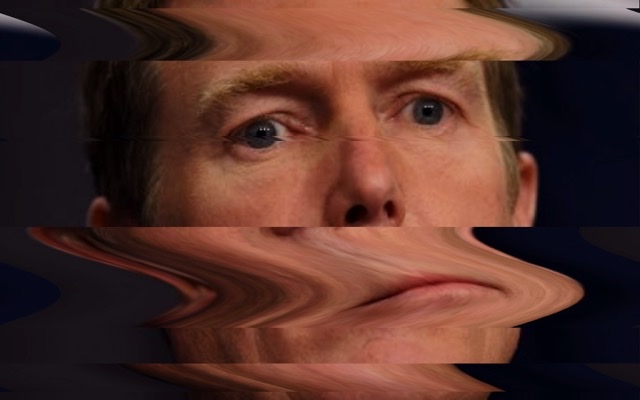 Porter’s response condoned Tudge’s conduct. Porter said that Tudge’s action was “in effect government undertaking its duties through the minister as a matter of policy … the Minister clearly rejects [the court’s] conclusions”. And so the First Law Officer of the Commonwealth excused the Minister’s – the Minister was implementing Government policy, and, implicitly in Porter’s view, policy trumps the criminal law and trumps the orders of courts or tribunals.

That is an appalling statement and an appalling state of affairs. An Attorney–General’s highest duty is to uphold the law. He is responsible for the administration of justice federally. His duty is to support the courts, and respect for them and for their rulings.  Those are the very foundation stones of the Rule of Law in Australia.

Like no other ministers, attorneys–general are trusted by our constitutional system with duties that need to be exercised independently and responsibly.

Those responsibilities include in appointing judges and tribunal members. Porter and his predecessor, George Brandis, have stacked the AAT with Liberal Party cronies, many of whom have no legal qualifications.  In September last year, Crikey reported that 65 AAT members were former Liberal Party staffers, former Liberal/National politicians, party donors, members, unsuccessful Liberal candidates and Liberal government employees; 24 of those have no legal qualifications. This politicisation of the AAT under the present Federal Government is unprecedented.  Porter appointed the head of a Perth bus company with no law or tertiary qualifications to the AAT after the man allegedly lent buses to Porter that he used as travelling billboards during last year’s federal election. According to Crikey, the Liberal Party only agreed to pay for the buses after there was publicity.

Given the extent of stacking of the AAT, Porter and Tudge were probably surprised that the AAT had ruled against the Government in the refugee decision that Tudge disobeyed.  (It is hard for Australia to maintain that it has a fair refugee system if the AAT bench is stacked when it reviews decisions made by Peter Dutton’s Department of Home Affairs. To block a refugee application, all a migration official, Refugee Review Tribunal or AAT member has to say is that they disbelieve the applicant).

As we have learned through the Collaery and Witness K cases, as Attorney–General, Porter also has very important powers to get people prosecuted for very serious offences, and to prevent the Government’s allies – like Tudge, John Howard, Alexander Downer and Rupert Murdoch – from being prosecuted.  For some crimes, he has absolute discretion either to consent or not to prosecute.

As we are seeing in those same cases now running in the ACT Supreme Court, he can also severely weigh the odds in favour of a conviction by signing so-called conclusive Ministerial certificates – keeping evidence that would assist the accused out of court – even if that evidence is actually of no security concern at all; by forcing trials to be held in secret; and by bullying the judges sitting on such cases.

A person who responds as Porter has to Tudge’s crime is not fit to exercise these powers.  The role requires impartiality, which Porter does not demonstrate.

And what of Tudge? He was one of three federal Ministers dragged before the Victorian Court of Appeal in June 2017, together with Health Minister Greg Hunt and Assistant Treasurer Michael Sukkar to answer why they should not be prosecuted for contempt of court for attacking the Victorian judiciary.  The summons from the Court’s judicial registrar said: “The attributed statements [by three federal Ministers] appear to intend to bring the court into disrepute to assert the judges have and will apply an ideologically based predisposition in deciding the case or cases and that the judges will not apply the law … The attributed statements, on their face, also appear to be calculated to influence the court in its decision or decisions, and to interfere with the due administration of justice in this State.”

On that occasion, Tudge and the others did not appear personally to face the Court.  Rather, counsel appeared for them, withdrew their remarks and belatedly apologised to the court. The Commonwealth Solicitor-General, Stephen Donaghue, told the court each apologised “unreservedly” for the comments. “We intend to exercise great care in the future,” Mr Donaghue said.  The three ministers thereby escaped punishment.

Then Prime Minister Malcolm Turnbull, Attorney-General Brandis and Minister Simon Birmingham had each come out in support of the three miscreants, showing how much an orphan the Rule of Law is on the conservative side of federal politics.

Tudge seems to have forgotten his close shave of just three years ago.  From Porter’s statement last week it also seems that Tudge’s latest crime won’t even get to court.  We live in dark times for the Rule of Law.