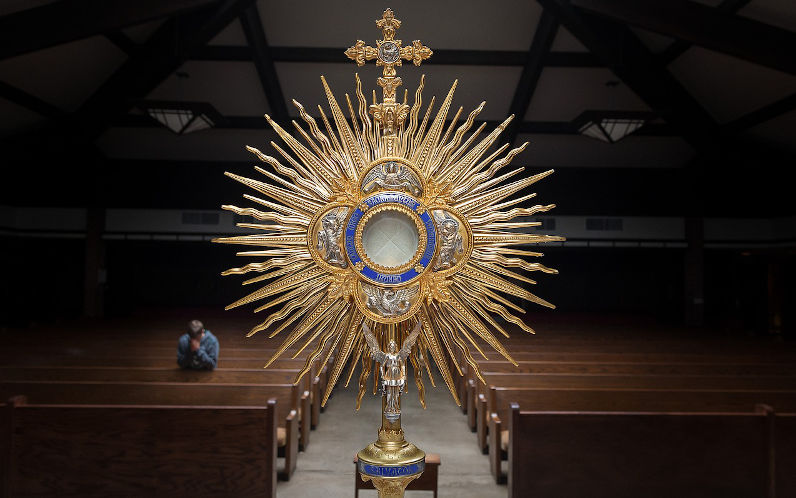 The future for religion in Australia, especially Christianity, looks rather bleak following the 2021 Census. But is the future really that dismal?

Catholics have dropped from 22.6% of the population in 2016 to 20.0% in 2021, while still remaining the largest Christian community. Commenting on the Census Brisbane Archbishop Mark Coleridge admitted that Catholics are ‘no longer the power in the land we once were.’

But what do the figures really tell us? Perhaps what’s happening is that, at least at a superficial level, people are being more honest, or ‘authentic’, to use the in-word. They’re no longer pretending they belong to churches whose interiors they rarely if ever darken. In the past somehow ‘respectability’ demanded that one at least nod in the direction of Christian identification, and even nowadays people still say it’s ‘good’ that there’s a church in the neighbourhood, the more neo-gothic-looking, the better!

The usual argument is that contemporary growth in the ‘no religion’ category is the product of the secularisation that began in the 18th century Enlightenment, when reason and science replaced faith as the dominating narrative. Distinguished Canadian philosopher, Charles Taylor in A Secular Age, characterises secularity as the retreat of religion from public life, leading to a decline in religious belief and practice which, in turn, is linked to a change in the conditions of belief, leading to the emergence of a humanist alternative. He also argues that while secularity began among the intellectual elite, it has now spread across the whole of Western society.

One of the core issues in the culture wars is the claim that conservatives are trying to preserve the Christian message. However, as Paul Bongiorno said recently on Twitter, we need to make an important distinction here. It’s not so much genuine Christianity that our culture is abandoning; it is ‘christendom’ that is being repudiated.

Christendom is what medieval people called christianitas, the totality of the social, religious, cultural and political realities that underpinned and constituted European society from the late-11th century to the 16th century Reformation and beyond. Often what conservatives are trying to preserve is not Christ’s message of faith commitment, but rather a largely imagined ‘Christian’ polity.

Nowadays Christianity is just one private option among many. What’s more, it’s widely perceived as oppressive of women, opposing gender diversity and promoting a patriarchy leading to sexual and mental abuse. The result: faith is a purely private option that one keeps to oneself.

What is valued now is authentic individualism, equality, minority rights, this worldliness, the desire to re-imagine and re-invent oneself, all eventually leading to the discovery of one’s own ‘meaning’. There is a denial of transcendence; there is no God ‘out there’. Nowadays, many are searching for the ‘God within’. These values have both strengths and weaknesses. While they are expressions of autonomous individualism, they are often given social expression through collectives of common interest working for justice or a perceived common good.

So what should the churches do? First, they need to understand what is happening in society before bishops and clerics rush in pretending they know both the questions and the answers. Committed Christians need a deeper, more forensic analysis of contemporary culture.

Next, all of us, whether we’re secular, Christian, or another religion, have to recognise that Western culture has entered into a secularising process that, while it can ebb and flow, is essentially irreversible. There is a kind of structural determinism operative, a kind of inexorable process that won’t be reversed, no matter what anyone does.

So, is the situation hopeless for Christianity? My answer is unequivocally ‘No’. Christianity will most certainly survive and this isn’t the time for pessimistic despair. In fact, it’s a time when faith is being liberated from the detritus of a Christendom that still weighs the churches down. The statistics will eventually consolidate and that together committed people from all the churches will constitute somewhere between 10% to 15% of the Australian population. And here it is essential that the churches unite into a genuine communion.

Christians need to recover a profound sense of freedom to discover what is essential to faith and what is mere cultural baggage that can be jettisoned. At the same time they need to embrace the extraordinary spiritual community and cultural tradition of great music, art and literature that they have inherited. This is a living tradition handed down from people who understood that, as Paul says, ‘Where the Spirit of the Lord is, there is freedom’ (II Corinthians 3:17).

Mark Coleridge is right when he says Christians are no longer ‘a power in the land.’ Truth is I’m not sure how much good we did when we were – if we ever really were – a ‘power’ in Australia? Instead, Christians need to become a committed, intentional minority whose primary task is to create the lineaments of a better society by living the gospels and Christ’s message of service to the broader community. Committed intentional communities are really the initiators and drivers of change in any society.

The fundamental task facing the churches is not making converts or ‘church growth’, let alone attempts to enforce Christian morality on our fellow citizens. The real challenge is to live in the secular world, not into some separate spiritual sphere. The world is not ‘a vale of tears’ and French theologian, Yves Congar, is absolutely right when he says that the church is challenged ‘by the world to re-join it, in order to speak validly of Jesus Christ.’

Nowadays no one takes much notice of carping critics who have set themselves outside and ‘above’ the mainstream community. That’s a lesson all Christians, and particularly church hierarchs, need to embrace.