Christmas, Jesus, and the promise of a new way of being human 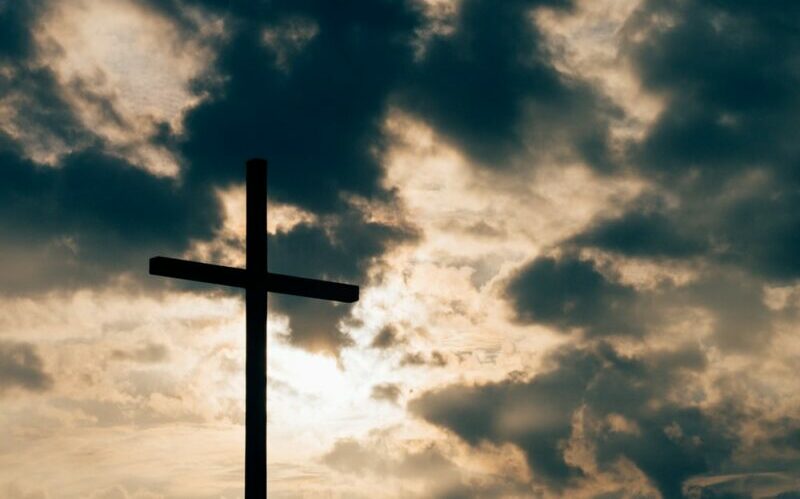 The revolutionary vision of a free, equal and inclusive society that Jesus preached as an adult has survived in tact.

The world of vulnerability into which Jesus was born, his early life in a family of subsistence farmers and casual day labourers, their lives in the midst of cultural, political and religious tensions between Jews and Gentiles all profoundly influenced and shaped the humanity of the adult Jesus, the message he preached, the communities that formed after him and their evangelical outreach to the world. Furthermore, the principles of inclusion and full participation regardless of race, social status and gender that underpin modern free democratic societies have been operating successfully in some Christian institutions from the first century.

The second and third generations of Christians (70s-90s) had heard only the oral traditions about Jesus, his life, ministry, death and resurrection. Their curiosity about him led to the written accounts called the Gospels. The four major accounts were developed in the final three or four decades of the first century. Two of them, Matthew and Luke began with brief Infancy narratives. But these were not the only infancy stories about Jesus that circulated among the Christian communities of Asia and the Mediterranean. These were really standalone novellas limited to wildly imaginative stories about the infant and young child Jesus and they proved to be very popular among early Christians.

As Christians came to test the integrity and credibility of their Gospel narratives, they became increasingly uneasy with the obvious similarities between the Greco-Roman mythological Wunderkinder like Herakles for example and the bratty, self-absorbed, bloodless, narcissistic behaviour of the wonder boy Jesus portrayed in early non-biblical infancy novellas. These clearly did not point beyond themselves to the adult Jesus in the Gospel traditions.

The song of Mary, the mother of Jesus, known as the “Magnificat” (Luke 1:46-55) heralded a dramatic shift away from the old paradigms of power and oppression and replaced by God’s vision for humanity founded on justice, mercy and love will prevail:

His mercy extends to those who fear him,
from generation to generation.
He has performed mighty deeds with his arm;
he has scattered those who are proud in their inmost thoughts.
He has brought down rulers from their thrones
but has lifted up the humble.
He has filled the hungry with good things
but has sent the rich away empty.

There have been reports that the Mary’s song has been banned in some countries out of fear that it could incite popular unrest over political injustice and socio-economic oppression. Whatever of that, it would certainly be  reasonable to assume that the Magnificat would not be a crowd pleaser at the “prosperity Gospel” events run by predominately white male TV evangelists. The idea that God would bring about the fall of the mighty and dispossession of the rich would sabotage the script.

Mary’s vision of God’s reign became the dominant theme of her adult son’s mission which began in the ancestral town of Nazareth on the Day of Atonement (Yom Kippur) which coincided that year with the Shmita, the Year of Release or Jubilee Year (Leviticus 25:8-11). Jesus was called upon to read the text for the day:

The Spirit of the Lord is on me,
because the Lord has anointed me
to proclaim good news to the poor.
The Lord has sent me to bind up the broken hearted,
to proclaim freedom for the captives
and release from darkness for the prisoners,
to proclaim the year of the Lord’s favour
and the day of vengeance of our God,
to comfort all who mourn, … (Isaiah 61: 1-2 in Luke 4:18-19)

Jesus’ ministry reflected the ethic of the Year of Release as it constantly brought him into contact with the broken, the dehumanised, the downtrodden and those driven to the edges of social and religious respectability. Furthermore, his companionship with these people often caused him to be in breach of the Jewish Purity Laws. In fact, he came to be known as the “man who receives sinners and eats with them” (Luke 15: 2; read on and see what Jesus did with that).

One of the most dramatic features of Jesus’s ministry was his habit of shattering Jewish cultural conventions. A standout example is his regular contact with women and the way he treated them. It is clear from the Gospels that women played a central role in his circle right from the very beginning.

These women were not simply tokens; they proved to be his most loyal followers. A small group of them were independently wealthy women, including Mary of Magdala, who “provided for them (Jesus and the Twelve) out of their own means”. In other words, they bankrolled the ministry of Jesus. Like the male apostles these women were with him from the beginning of his ministry, witnessed his death and became the first proclaimers of his resurrection. According to those criteria, the women disciples from Galilee were just as much authentic apostles as any of the Twelve. The latter had more powerful script writers than the women of Galilee so, within just a few decades after Jesus, they had been virtually written out of the narrative.

As Christian women continued to have influence in the community, it was almost always linked to the financial patronage they offered not for who they were as baptised women equal in Christ.

When the Apostle Paul formed his communities and well before the time the written Gospels appeared, he insisted that those seeking membership through baptism into Christ do so freely and with the understanding that they were entering a society in which everyone were to be treated as equals regardless of race, social status or gender. Paul may have borrowed a Baptismal proclamation to spell out a charter for the Christian community which he first proclaimed to the Galatian believers in Galatia:

He repeated the same foundational idea in his letters to Corinth and Colossae:

“Here there cannot be Greek and Jew, circumcised and uncircumcised, barbarian, Scythian, slave, free man, but Christ is all, and in all.” (Col 3: 11)

This revolutionary vision of a free, equal, inclusive and co-responsible society has survived pretty much in tact and continues to be lived out in vigorously in mainly Catholic monastic communities and religious orders.

A very happy Christmas and a safe, healthy New Year.