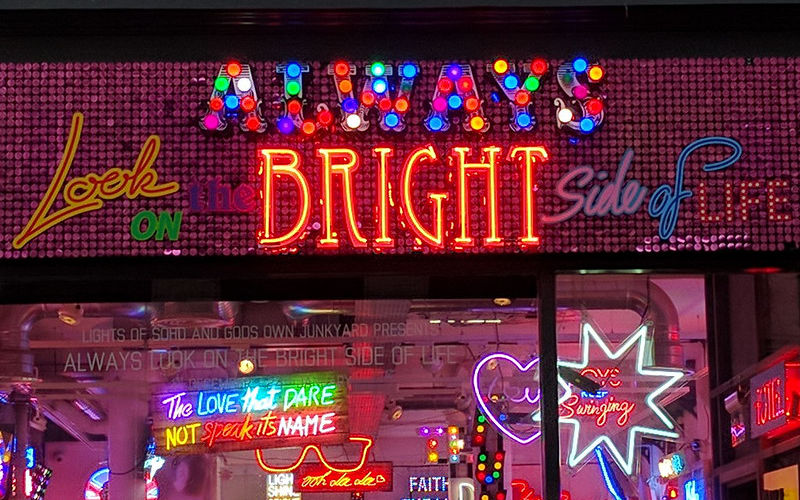 In the irreverent Monty Python film: the Life of Brian, the crowd is listening to Jesus speaking, but because of the hubbub mishear what he says. Instead of “blessed are the peace makers“ they hear “blessed are the cheese makers“. The crowd wonders what this means; the phrase is symbolic says one, “it involves all in manufacturing.”

Unfortunately, this irreverent piece of satire has become contemporary reality, it is assumed that Christmas and the message of Jesus is all about manufacturing, or commercial activity.

For the first two centuries after the birth of Jesus there was reluctance amongst Christians to celebrate his birth, real birth was understood through martyrdom, the date of death was therefore the time to celebrate the person and their life.

There can be little doubt the date relates to the winter solstice – Yule in German. The day the solstice was celebrated in the Roman Empire was called dies solis invicti nati – day of the birth of the unconquered sun. In that Jesus is “the Light of the World”, the connection is obvious.

But let us dwell for a while on the dominant message of Christmas – “peace on earth”. The digital world has greatly diminished Christmas card sharing, but those that are shared predominate with this message. And yet…… How dreadful it is that war and the rumour of war is as dominant now as it has ever been – Ukraine – Yemen- Somalia – Ethiopia – South China Sea – Taiwan. Why is this so, why is peace such a disappointing and elusive hope?

There are many reasons, and we all contribute.

The very consumerism to which we are addicted is a significant contributor. We are told growth is essential for sustaining our way of life. And yet with 8 billion human mouths on the planet, all seeking a middle-class way of life there are simply not enough resources for all to share equitably. Inevitably those who have most seek to control most. Peace is, and will increasingly be, impossible to secure as global inequity continues to grow. Exponential growth is a nonsense in a world of finite resources.

Consumerism requires massive energy. Only the stupid now fail to realise that our accustomed source of energy and its biproduct in greenhouse gases is destroying reasonable hope we might have for a balanced and sustainable world. Those who live where life is intolerable will increasingly want to live where life is possible.

The arms industry is one of the largest contributors to the global economy. Global economies are as addicted to it as we are domestically addicted to the gambling industry. It is estimated that $3 trillion annually is now expended on arms while $206 billion is traded. It is estimated the US has a 79% share of armament trade. War is encouraged and enabled by the arms industry and war is eulogised in nationalistic myth making. In Australia we are participants through the realignment (at enormous expense) of the Australian War Memorial; in part funded and sponsored by the arms industry. The primary purpose of the Memorial will no longer be recognition of those who lost their lives in service of country but a national icon cementing our national myth in military exploits. The frontier wars are inconvenient to this narrative.

Most awfully, Russians are encouraged by their president to accept military conquest as integral to their national DNA and glorious empire.

How is the world to overcome its predilection to violence?

Christmas is the celebration of a different truth. The coming of Christ demonstrates that true human nature is found in the gentle, the meek, the righteous, the servant. The coming of Christ reveals that contentment and fulfilment are to be found in the contribution we make, not the riches we take. Bullies and the violent are not the strong, but the weak. Those who seek power and dominance despoil their human nature.

Nicholas, the fourth century bishop of Myra (modern day Turkey) is synonymous with Christmas because it is believed he transformed the lives of others through his generosity and anonymous gifting. Can we hope for a greater legacy than knowing we have been instrumental in gifting another human being with a fuller life?

We will only reduce, let alone eliminate violence through an appeal to humanity’s higher nature. Peace is far more than the absence of war. Peace is the celebration of justice and equity.

As we prepare to turn the page on another year, we are deeply conscious that the challenges facing the world community are immense. There are so many of us. Our presence is affecting the continued existence of every other species on the planet. Our materialistic consumerism, unchecked, has the capacity to make irreversible change to the Holocene era which has enabled human flourishing.

In a stable in Bethlehem a child is born whose destiny is to challenge the very concept of what we consider true human nature to be.

Secularists who do not even want to say the word Christmas and would prefer us to be having a merry holiday are not dismissing a weird piece of religious nonsense which we have grown out of. They are dismissing a revelation of human nature without which dealing with the violence and greed of our contemporary world is a forlorn hope.

I heard the bells on Christmas Day
Their old, familiar carols play,
And wild and sweet
The words repeat
Of peace on earth, good-will to men!

And thought how, as the day had come,
The belfries of all Christendom
Had rolled along
The unbroken song
Of peace on earth, good-will to men!

Till ringing, singing on its way,
The world revolved from night to day,
A voice, a chime,
A chant sublime
Of peace on earth, good-will to men!

Then from each black, accursed mouth
The cannon thundered in the South,
And with the sound
The carols drowned
Of peace on earth, good-will to men!

It was as if an earthquake rent
The hearth-stones of a continent,
And made forlorn
The households born
Of peace on earth, good-will to men!

Then pealed the bells more loud and deep:
“God is not dead, nor doth He sleep;
The Wrong shall fail,
The Right prevail,
With peace on earth, good-will to men.”