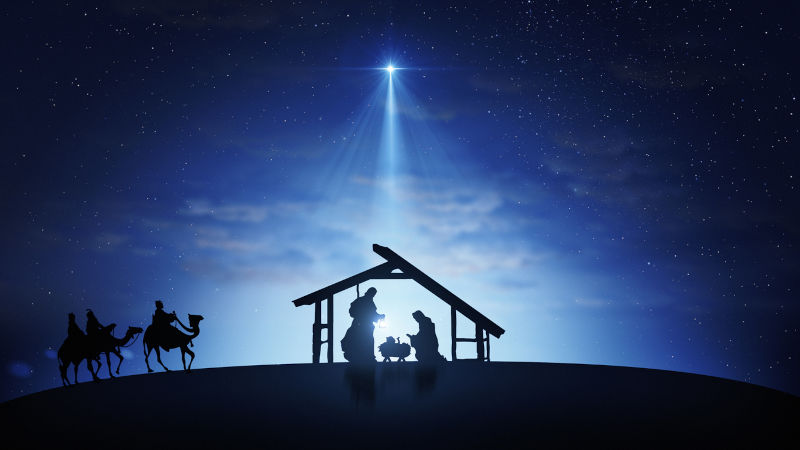 As we end 2022, we seem besotted with rumours of war. In contrast, the central message of Christmas is God’s gift in Christ of peace, justice, humility and joy.

There’s been much commentary in Pearls and Irritations lately on the somewhat overblown rhetoric in official circles, both here and overseas, about China’s intentions regarding Taiwan, Russia’s invasion of Ukraine, US bellicosity generally, cyber warfare and Australia’s one-day-in-the-future acquisition of nuclear submarines.

The result is that nowadays we confront the precise question that the Basso asks in the aria from Handel’s Messiah: ‘Why do the nations so furiously rage together: and why do the people imagine a vain thing?’ The text is from Psalm 2 and he answers the question, singing: ‘Let us break their [rulers] bonds asunder, and cast away their yokes from us.’ The Tenor takes-up the theme: ‘He that dwelleth in heaven shall laugh them [rulers] to scorn: the Lord shall have them in derision’ (Psalm 2:1-4).

I love the notion that God laughs at the powerful. This applies to all warmongers; God holds them ‘in derision,’ in utter contempt. The Tenor then outlines their fate: ‘Thou shall break them with a rod of iron; thou shall dash them in pieces like a potter’s vessel’ (Psalm 2:9).

And then, as though celebrating the defeat of powerful warmongers, the chorus immediately breaks into the greatest of all musical triumphs: ‘Hallelujah: for the Lord God omnipotent reigneth…The kingdom of this world is become the kingdom of our Lord, and of his Christ; and he shall reign for ever and ever…King of Kings, and Lord of Lords. Hallelujah!’ (Revelation 11:6,15,16; 19:16).

I thank God every Christmas for George Frederick Handel and for the man who assembled The Messiah texts from the King James Bible, Charles Jennens.

The great Oratorio notwithstanding, when confronting Realpolitik of rumours of war, it’s easy to sentimentalise Christmas with vague humanistic references to ‘goodwill’, ‘peace’ and ‘joy’, while draining the season of its radical Christian meaning. Beyond the commercial kitsch and secular squeamishness about offending multicultural sensibilities with too much Christianity, lies the fact that this season is explicitly a commemoration of the birth of Jesus Christ, God with us.

Fear not, I’m not going-off on a diatribe about putting Christ back into Christmas. But I’m saying that this is an explicitly Christian celebration focused around the belief that, as John’s gospel says, ‘God so loved the world that he gave his only Son…that the world might be saved’ (3:16-17). With Christ as the focus and link, Christmas commemorates the intimate interconnection between God and creation, the material natural world with all its beauty, biodiversity and complexity.

The Christian belief underpinning this interconnection is called the incarnation, the belief that God in Christ is one with us ‘in the flesh.’ A fundamental characteristic of Christianity is the importance it places on matter, on that which roots us in the history and processes of the earth. For Christianity, matter really matters. Jesus is not an abstraction, a mere appearance of the divine in an adopted and disposable body. He is fully and completely one of us.

In biblical anthropology the word ‘flesh’ is fundamentally important. God alone is ‘Spirit’. Everything else is flesh, σάρξ, sarx in Greek, בשר, basar in Hebrew. These biblical words don’t just refer to the ‘meat’ of the person, the material in contradistinction to the spiritual. For the Bible a person isn’t a soul inhabiting a body; a person is a body, a psycho-spiritual unity.

In this sense ‘the Word became flesh’ in Jesus born to a homeless family in a stable with animals as companions. The vulnerability of Jesus’ infancy symbolises God’s commitment to the world.

The most fundamental heresy Christianity faces is spiritualising the sheer materiality of the incarnation which embraces humankind and the natural world. This temptation came early in Christian history with Gnosticism, followed by Neo-Platonism with its claim that immortality was achieved by despising the body and returning to the supposedly pure, limpid life of the soul, corrupting Christian theology ever since.

The incarnation means that Jesus embraces the entire human experience, including the struggle to comprehend suffering. Charles Jennens understood this when he included texts from the ‘Servant’s Song’ in Isaiah’s prophecy (52:13-53:12). God’s faithful servant ‘was despised and rejected of men; a man of sorrows, and acquainted with grief’ (Isaiah 53:3). But the prophet grasped the redemptive value of suffering: ‘For the transgressions of thy people was he stricken’ (53:8).

But the story of Jesus doesn’t end with death. As the magnificent Soprano aria says: ‘I know that my Redeemer liveth, and that he shall stand at the latter day upon the earth: And though worms destroy this body, yet in my flesh shall I see God’ (Job 19: 25–26); ‘For now is Christ risen from the dead, the first fruits of them that sleep’ (I Corinthians 15:20).

Put simply, Christmas is about the birth of the eternal life for all creation that transcends war, power-mongering and human stupidity.