The workplace abuses of the 18th and 19th centuries have returned under the guise of the gig economy. The Morrison government has now proposed sweeping changes to labor laws that will cut wages, entrench precarious work, cripple unions and hand dictatorial power to bosses. But if the IR bill becomes law, permanent workers will also be affected.

Scott Morrison is giving workers and unions a class war — just in time for Christmas.

Company profits are up nearly 19 per cent since 2019, thanks to pandemic stimulus spending. But it’s never enough – for businesses or the Coalition. So, the Minister for Industrial Relations, Christian Porter, has introduced the Industrial Relations (IR) Omnibus bill.

A withering pro-business offensive aimed at slashing wages, the plan will inflict a double wound on workers, by degrading the Awards system (which sets minimum wages and conditions across industries) and by weakening what little remains of unions’ collective bargaining power.

Thanks to four decades of neoliberalism, unions have been weakened. As a result, abuses that we associated with the 18th and 19th centuries have returned, such as piece work, at-home work and the dictatorial control of gang masters over who did and did not work. The abuses are just dressed up in new packaging — as with the “gig economy”.

Today, 2.6 million workers – one in every four – are defined as “casual”. This means no right to ongoing work, and no basic holiday or sick leave entitlements.

While this is justified by the claim that casual workers receive extra pay (“casual loadings”) to compensate, this is a myth. Most casuals are in fact much worse off.

One third receive no loadings, and most casuals are paid about the same as permanent workers in the same jobs. In industries with a high casual workforce, the premium is around 4-5 per cent — nothing like the oft-cited figure of 25 per cent.

Bosses love to praise the virtues of “flexibility”, claiming that casuals don’t want permanent work. But this is also a lie — half of all casuals have worked regular shifts for one year or more.

Casual work used to be about allowing firms to employ a few extra workers on a seasonal basis. Now, casual work is increasingly the way businesses meet their medium- and long-term labor needs. And, in the post-COVID era, they increasingly see casual labor as the foundation for boosting profits.

In response, business lobbyists unleashed campaigns to “resolve the definition issue” so as to avoid court-ordered repayments. This — and the growing importance of casual work to profits — explains why Morrison and Porter have made entrenching casual work the cornerstone of their IR Omnibus bill.

They define casual work in the broadest possible terms. Any job deemed casual by the employer will be, legally, a casual job. Your job can look like a permanent job and smell like a permanent job — but employers will still be able to legally engage you as a casual and strip your legal entitlements at will.

To most Australians, the pandemic highlighted the dangers of insecure work. But for the Coalition and their business allies, it changed nothing.

It is interesting that the JobKeeper subsidy is set to end in March, exactly when Porter’s wage-cutting tools are due to kick in. Employers will go on the offensive, recouping lost public subsidies by taking even more from their workers.

The bill’s supposed sweetener is that employers will be required to offer casuals permanent work if they have been employed for 12 months, with six months of continuous regular hours scheduling. Not only will it be easy for employers to vary hours and schedules to avoid meeting that high benchmark, they will also be allowed to refuse to make an offer on so-called “reasonable grounds”.

The government made sure to define “reasonable” in incredibly broad terms and to deny workers the right to appeal a decision through the Fair Work Commission. Got a problem with your employer’s decision? The Federal Court will hear your case — but only if you have a spare ten or twenty thousand dollars lying around.

Accelerating the growth of insecure work is also about cannibalizing protections for the permanent workforce – by making permanent jobs resemble casual ones. New “part-time flexi” reforms will let bosses employ permanent part-time workers as though they were casuals.

Only 16 hours will have to be paid according to normal permanent rates, while an additional 22 hours (comprising a working week of up to 38 hours) will not attract overtime loading. This threatens hard-won rights that deliver stable schedules for permanent part-time workers.

With 22 hours of ordinary-time labor up for grabs, employers will be able to regularly work these “part-timers” like full-timers — as supervisors and managers, for example. But they won’t have the security of regular hours or receive overtime compensation for being at the employer’s beck and call. Blissful flexibility — for bosses.

For all the Coalition rhetoric about “job creation”, this wholesale deregulation of working hours really means that bosses will be able to cheaply increase hours for existing workers in line with fluctuations in demand. That will free them from having to hire more people.

But the glossy marketing doesn’t cover this detail. Low-wage work will be expanded under the guise of “roads to permanency”. But when you cut through the spin, the Coalition’s agenda is to reduce the incomes of millions and to deny millions more decent jobs.  In the middle of a recession, the Coalition is arming employers with powerful weapons to cut wages and conditions in the jobs that remain.

The Coalition’s plan will allow employers to bypass the Better Off Overall Test (BOOT) for two years. The BOOT ensures that new agreements do not leave workers worse off than under minimum Award conditions.

The move is straight from the wish list of business lobbyists. It will open a floodgate of non-union below-Award agreements that will permanently damage living standards.

Handing employers such unilateral power over enterprise agreement wage-setting was the cornerstone of former Liberal PM John Howard’s infamous WorkChoices legislation. Under WorkChoices, the “No Disadvantage Test” was abolished and unions were denied the right to contest agreements, leading to an explosion of non-union agreements. Between 2004 and 2009, the proportion of non-union agreements approved in the private sector rose from 20 to 60 per cent.

After 2009, when WorkChoices was partly rolled back, the number of dodgy agreements dramatically declined to pre-Howard levels. Why? Because as part of the Fair Work Act, the Better Off Overall Test was introduced.

Even so, the non-union, low-wage agreements of the WorkChoices-era had a lasting, negative impact on wage growth. “Zombie Enterprise Agreements (EA)” persisted for years. For example, Merivale, a Sydney hospitality empire, paid more than 3000 staff up to 20 per cent below Award wages on an expired non-union EA set in 2007 for more than 10 years.

EAs live on, sometimes for years, until they’re replaced or terminated — usually on request by unionised employees. Today, tens of thousands of workers still languish on Howard-era below-Award enterprise agreements.

The FWC has the power to change and approve agreements so long as employees remain better off overall, compared to the relevant Award. The FWC may also approve agreements with below-Award conditions in “exceptional circumstances”, provided they meet the overall public interest.

The IR Omnibus bill will weaponise the “public interest test”, enabling business to push even harder. The Coalition’s hand-picked business leaders in the FWC will surely oblige.

Australian business and their allies in the Coalition have dedicated enormous resources to crushing what remains of collective bargaining – a testament to the labor movement’s past victories.

This is why the Coalition also wants to introduce eight-year agreements on new projects valued at more than $500 million or $250 million, if the project is of national significance. If the BOOT is scrapped, employers could draw up greenfields agreements undercutting Award conditions for up to eight years, circumventing unions and simply hiring a new workforce.

Since Australia’s draconian anti-union laws prohibit industrial action at any time outside an EA bargaining period, eight-year agreements give employers the power to block strikes as well as cut wages. There’s also a political logic to it: this strategy guards against any campaigns that link unions with other elements of civil society. Unions will face crippling fines for striking at any time during the eight-year period to support campaigns against new mining projects, or inappropriate development, for example.

The Coalition is also bolstering the power of the courts and the anti-union Australian Building and Construction Commission to inflict huge fines on unions for activities that are entirely legal in other democratic countries.

It couldn’t be clearer. This is a vast gift to capital, purchased at our expense.

Only 8 per cent of union members are casuals. Workers living in permanent precarity and intermittent poverty are less likely to join unions. But when the bargaining power of unions declines, all workers suffer.

By expanding casual work, the IR Omnibus bill will strike the most comprehensive blow to wages and living standards in years, both now and in the future. This is why the union movement must resist insecure work everywhere.

We need unions and members willing to build power among existing, permanent workers who are in a better position to endure the risks of industrial action. Permanent workers also need to join the fight because the growth of precarity means that even secure workers are on increasingly unsteady ground.

Reviving unions after years of decline will require determined efforts to rebuild a modern workers’ movement with deep support and social roots. This will mean working with climate action, anti-poverty, welfare rights, and other social justice and community organizations.

Just as we protected ourselves against the corona virus, now we must protect ourselves against another virus that would irreparably damage the quality of workers’ lives in the name of higher corporate profits. That virus is insecure work. It’s lived among us too long — it’s high time we shut it down.

This is an edited version of an article that was first published in Jacobin. 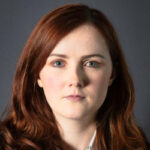 Alison Pennington is Senior Economist with the Centre for Future Work, associated with The Australia Institute. She conducts research on economic issues facing working people including the future of jobs, skills and training, collective bargaining, and the role of government. She considers economics a powerful tool for reinvigorating ideas about how society is organised, and a natural home for building a more democratic and meaningful life for working people. Twitter handle: @ak_pennington