What we now call cock-ups, getting things wrong, being in the wrong place and so on, emerged from the despair and fatalism experienced by troops in World War I. As the pandemic reveals, the propensity for the folly of human action, for ‘cock-ups’, persists.

With the passage of time, will we come to see the worst features of Australia’s pandemic response, the Ruby Princess, and the breakdowns in hotel quarantine and aged-care facility security, as a series of cock-ups? Or is this too forgiving, a silent assent to despair and fatalism, a feeling that we can’t change things for the better?

What if we imagined cock-ups as conspiracies?  The word conspire means to breathe together, to inhabit the same spirit or to combine for a purpose.  In this understanding, political parties bound by a common ideology, religious communities, industry bodies and the like can be understood as conspiracies.

Conspiracies in the common sense of the word abound: factionalism in political parties, silos in bureaucracies, state-federal animosities, to name a few. Command and control structures in a complex pandemic may reward tribal loyalty rather than seeking the best expertise available or being open to different perspectives that help avoid group think. Good structures generate systemic understandings.

Thus the question could be asked: to what extent has factionalism or a collection of conspiracies shaped governmental responses to the pandemic?  In Australia, most breakdown has been associated with the Federal, NSW and Victorian State government jurisdictions. The other states may have been more effective or just luckier.  Time may tell.

Australians in the main responded positively to the formation and functioning of the National Cabinet. Suddenly talking and listening, followed by action based on a sense of common purpose was orchestrated. Governance was effective. Contributions from experts accepted. This laid bare the failures of COAG to effect ‘cooperative federalism’. COAG was seen as a self-perpetuating nest of conspiracies – one of interests and deal-making.

Systemic family therapists would call COAG a system determined problem. In contrast the National Cabinet emerged as an antidote, a problem determined system.  No longer did participants defend their perceived interests but were open to tackling the nation’s unfolding situation.

Clarity and agreement about purpose was needed. Suddenly the needs of citizens and the nation took precedence over the party.  Egos were put on the back seat.  Compassion ruled the day – a consideration of what makes an effective, ethical social system rather than the inadequate idea of an ‘economy’ initially took precedence.

In other words the National Cabinet avoided the reductive idea that an economy is the only way to be social.

Unfortunately, this cohesion and functioning has not stuck: conspiracies sustained by the ideologies of economic rationalists and their mates have already reasserted themselves.

The pandemic has also exposed vulnerabilities in our society: an underbelly due to poverty, social injustice, inequality and the malfunctioning of organisations like aged care, and prisons. Neoliberalism was found wanting.

We can no longer hold on to the idea that a normal exists. We have to imagine and design new ways of being social.

Making a failing system better is not the same as creating new systems that are fit for purpose. Indeed, making failing systems work better may simply make them more efficient at making our situation worse.

Reinventing our governance systems and the institutions, rules and norms of our living together, assumes an urgency, a new era of citizen responsibility. The pandemic is a manifestation of poor relations between humans and the biosphere, just as human-induced climate change is.

Take Victoria’s hotel quarantine situation, for example. It could be understood as: a system to effect quarantine for two weeks; a system to provide training to disadvantaged groups (low paid security staff); a system to reward mates who own security firms; a system to hold and maintain state capture of outsourced security services; a system to exert or maintain power – one agency or ministry over another both within and between jurisdictions as may have happened between federally controlled ADF staff and Victorian police.

It could have been all of these at the same time, depending on one’s perspective.

Compared to the UK, the US, Brazil and many other nations we in Australia look pretty good. But why has the virus so readily shown our governance practices and institutions to be not fit for purpose? Is it the people in them: Trump; Bolsanaro; Boris or Scotty from Marketing? Or is it the systems of which they are a part – and which we conspire to live with, as if they can’t be changed?

Media reporting on the pandemic regularly makes claims about systemic problems, systemic failure, the need to change the system and so on. A system that enables cock-ups and multiple conspiracies to run unabated and in ways that undermine the possibility of a renegotiated social purpose is not good enough.

We urgently need a national conversation about our governance systems because most were invented before: the rise of multinationals bigger than 70% of nation states; the invention of technologies that enable global connectivity and the 24-hour news cycle; awareness of human responsibility for the technosphere and the awareness and acceptance that humans have created profound changes to earth’s dynamics.

Australia’s governance system, as with many other nations, is clearly not working when state-capture or preferential lobbying is so rife. The design and conduct of the National COVID-19 Commission amount to blatant state capture, which also operates across all main parties. The subversion of citizen ascendancy in our governance systems has brought great returns on the lobbying investments by Big Tobacco and in their wake Big Coal, Big Gas and Big Pharma.

It is clear we need whole system change, not just trying to improve current systems.  Australians have done this before. In the latter half of the 19th century European Australia organised themselves to produce a Federation and an accompanying constitution, though sadly without recognition and participation of First Nations peoples.  We can repeat this process with a better design. A national conversation about reinventing our governance systems is needed. Thinking and talking about governance as a system will help and push cock-ups and conspiracies into the dregs of history.

This article was written from lock-down in Melbourne. 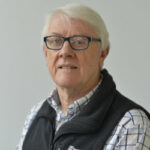