China’s wicked competitive advantage. A house is for living, not for speculation.

Cheap labour is frequently given as the basic factor underpinning the low cost to us of ‘made in China’ goods but is there another, more fundamental factor.

We don’t talk about ‘land’ very much in western societies save as real estate and its very reliable capital appreciation over the years.  This reputation of capital appreciation, combined with associated tax breaks and huge lending by banks, has seen significant inflation of property prices, reinforcing the capital appreciation trend and attracting many investors to the market to the detriment of would-be owner-occupiers.

Many Australians will never get their ‘foot on the ladder’ and will rely on the rental market to meet their housing needs; for many, rent will be their biggest household expense. Those with secure and adequate incomes will often be allocating 30 to 40% of their disposable income in mortgage repayments on the house of their dreams. Anecdotally, land now is about 50% of the cost of a home purchase – previously about 30%.

The point is that access to land in Australia has become very expensive and is the great unmentionable social inequality.  Nevertheless, increasing land/real estate prices are widely applauded, as a sign of the nation’s increasing wealth and it would be a disaster if a decline occurred.

But supposing citizens did not need to allocate such a large proportion of their income to having a secure home, that they were not trying to buy a piece of their country on which to live? Their income need not be as large – labour could indeed be cheaper if access to land were cheaper!

Land tenure in China is quite different to our system and has been evolving since the revolution. The Wikipedia entry, Chinese property law, is extensive, well-referenced though in some passages seems contradictory – maybe has some translation glitches; some wording indicates a ‘western’ view of real estate.

Here are some relevant quotes:

·      In general, rural collectives own agricultural land and the state owns urban land.

·      Foreign investors are not allowed to buy land in China. The land in China belongs to the state and the collectives.

·      In the era of Deng Xiaoping, a fundamental legal source of the regime of property and property rights in the PRC lay in the Constitution of PRC enacted in 1982.

·      The most recent development would be the enactment of the Property Law in March 2007 (after 14 years of debates), which is noted as one of the most important core components of the evolving civil law in the PRC.

·      A land user obtains only the land use right, not the land or any resources in or below the land. A land grant contract shall be entered into between the land user and the land administration department of the people’s government at municipal or county level

These show that China has a modern constitution (enacted 1982), which was importantly revised in respect of property in 2007, that the land of China is owned by the community and that user rights are obtained by entering into a contract with the land administration department of the people’s government at municipal or county level. The contracts are for 40 to 70 years.

It would seem therefore that the right of access to land can only be obtained by paying the community – but I do not know how the consideration is assessed or paid. If it is, say, comparable, to the costs incurred in buying the freehold in Australia or paying rent to a landlord who holds the freehold title then, prima facia, land access is no cheaper in China than Australia. But the funds are flowing to the community and therefore mitigate local taxes. In short, the income needs of the citizens are less if the community truly owns the land – does not just sing about ‘our’ land and fight distant wars defending it.

But it is not just in legal matters that China is very different to western modes; the attitudes of governments are chalk and cheese – markedly as we relax lending requirements for personal loans and mortgages. An article about real estate prices in the Chinadaily, 19 September 2020, reports:

“NBS (National Bureau of Statistics) senior statistician Kong Peng said the real estate market continued its steady trend in August as the central government has reiterated that “house is for living in, not for speculation,” calling for the implementation of a long-term management mechanism for the real estate market, while not using the real estate sector as a short-term measure to stimulate the economy.” (My emphasis CC)

“Home prices have remained largely stable with marginal growth. Most of the local governments have been strictly following the central government’s directive that housing is for living in and not for speculation and taking timely steps to ensure that the long-term mechanisms are effective,”

Thus it appears that China has a very entrenched competitive advantage – their land has been resumed, none is now ‘privatised’, they are not supporting a ‘landlord’ system.  Thus access to land is, most likely, less expensive and the ‘market’ more stable than in Australia.

Of course, the harmful effects of ever-increasing land price could be offset here by a nationally uniform, uncapped – State collected – Land Value Taxation. It is time for some of our erudite economists to look afresh at the teachings of the much-ignored economist/philosopher Henry George and seriously research the impacts of our system of land access on the nature of our society and our economic performance.

With a political class heavily into real estate investment – our politicians generally own two and bit houses – the possibilities of significant change are, sadly, zero.

[The Conversation, 11 Sept] This article draws on both a new report from the NSW Productivity Commission (NSWPC) and from newly published research from UNSW’s City Futures Research Centre. The authors point to Australia’s housing system as having produced “triple crises of rising homelessness, growing queues for non-market, affordable housing and the pervasive affordability problems for middle- and lower-income households who depend on the private housing market”. They call-out ever-increasing house prices as having been a driver of wealth inequality, a problem linked to rising mortgage debt and potential economic and financial instability. And they note, Australia’s private housing debt is amongst the highest in the world. 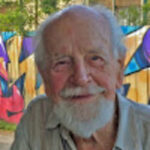 Colin Evan Cook is a long-retired engineer, migrated from UK in 1981; a one-time commoner of Ashdown Forest, Sussex and a small-holder & guest house owner in Tasmania. His interests in retirement are Modern Monetary Theory and Practice and continuing study of land access, acquisition – enclosures and other suspect means – and taxation.