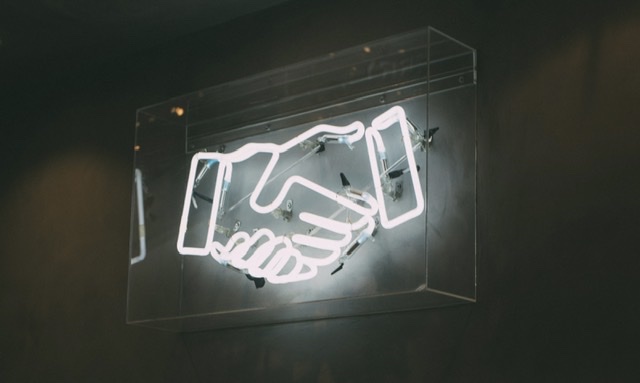 Tokyo’s security apparatus must have followed with amazement that excellent series by Max Suich in the AFR of 16, 17 and 18 May, revealing the anti-China antics of their Australian opposite numbers. Suich mentions how an elected member of Australia’s parliament was driven out in disgrace for maintaining a relationship with a suspected Chinese government agent.

In Japan, a top faction leader in the ruling Liberal Democratic Party and former chief cabinet secretary, Nikai Susumu, was not merely a consistent supporter of pro-China policies. It was taken for granted that Chinese and pro-China sources must have provided some of the funds needed to help maintain his faction. In Japan, the idea that people should be prosecuted for trying to propagate pro-China policies would not even pass the kabuki laugh test.

Following the AFR series no doubt those sturdy guardians of Australia’s security would have been checking their files to find out how come they had not labelled Suich as a security risk earlier. After all, as editor in chief of the Fairfax Sydney papers from 1987-89, he could well have been a target for sinister Beijing subversion.

Maybe I can help them.

I have known Max on and off since the 1970’s when we were both writing for Australian media out of Tokyo. His reputation then was much as it is today – a no-nonsense searcher after facts and scoops with little time for political ‘isms’.

With the ping pong diplomacy and the opening of relations with China, we were thrown together several times. I could see then how he had a genuine interest in China. But he was no panda hugger, certainly not in those Cultural Revolution days.

His interest in China seems to have led him to look closely at the mechanisms behind Canberra’s extraordinary about-turn in policy to China, from seeming sympathy to outright loathing in just five years. The result is his excellent insight into Canberra’s anti-China policies.

Points which stand out:

Comment: I can show you a dozen Japanese magazines, both left and right-wing, which call for Japan to drop its alliance with the US. Politicians like Nikaido with direct links to Beijing have status. Japan has confidence it can handle relations with China. Australia seems scared of its own shadow.

2. Calling out: “Calling out Chinese bad behaviour would discourage Chinese activities and show Australia could not be silenced or intimidated and set an example of a free society to Chinese citizens.”

Comment: So the nation which bugged East Timor government offices just so it could gain a few extra per cent of the funds due to the impoverished nation it had helped to impoverish can serve as a model of free society virtue?

The nation with 50 years experience in Five Eyes sophisticated hacking and other cyber operations against every Asian nation, China especially, cries poor when it gets a taste of its own medicine?

3. Out in Front: “by the denouncing of China’s activities we would influence the region and indeed the US to show a united front against China’s intimidation. Beijing would face being ganged up upon”.

The idea that the region would be moved by Australia’s example to form a united anti-China front is pure fantasy. The Singaporeans know more about China than our security experts would ever know (apart from anything else, they can read Chinese).

Pro-China elements there are kept under control, some in prison. But Singapore’s policy to China is a model of balance and restraint leading to major business gains. Far from being invaded by Chinese investments, Singapore has been given its own industrial park in China, at Suzhou near Shanghai.

Canberra now seems determined to reject a harmless Chinese port investment in Darwin. If that project had gone ahead Australia could have gained a Darwin-Adelaide fast train connection with industrial investments at both ends.

South Australia’s former futile hopes for an industrial park financed from Japan might finally have found an answer with China. But by saying no we keep our anti-China virtue intact while helping Asia in the same self-defeating direction.

Great victory for those sturdy guardians of our security.

Over many years, both as a diplomat and academic working in Russia, China and Japan, I have seen close up the ignorance and incompetence of these people.

ASIO’s top expert on the Soviet Union once identified me as a KGB spy because I knew the Odessa hotel where I was staying was next to the local KGB headquarters. Said expert did not even know the KGB operates as a public organisation with a brass plate spelling out KGB in front of its buildings.

I could relate much more. In Japan, they send up ‘experts’ who do not even know Japanese properly. It is unlikely they do better with Chinese.

Until recently Foreign Affairs would keep the security people under control; they were seen, in Paul Keating’s words, as the “nutters”.

They suffered severe inferiority complexes – the ones who had failed to get into FA especially. But thanks to the China scare, US policy shifts, large budgets and donations from the arms industry they have come from behind to dominate policy. FA now follows meekly behind. The nutters are in charge of the scare factory.

There are reasons to dislike and even be wary of China. Beijing plays favourites, ruthlessly. I am not a favourite. Despite years of trying to counter biassed attitudes to China – the blatant exaggeration of China’s alleged expansionism especially – I suspect I am still in their black books. My sin? Using strong Chinese words to dissuade a Chinese agent from trying to arrest none other than Max Suich trying to photograph some Chinese children.

When we got to the Foreign Ministry Max was welcomed. I was put in a corner, despite having organised that ping pong push.

But one learns to realise how and why we have those troubles with China. And how to cope with them. The Japanese are one example. The Mongolians even more so. With a  population of only three million and 2,800 miles of undefended land frontier facing China directly, they feel quite happy to operate an anti-China foreign policy despite having no alliances to back them up and a history of domination by pre-communist Chinese regimes.

Better than others they realise both the inward-looking nature of Chinese policies and the Chinese belief handed down over the ages that a superior culture can conquer all.

Some years back our hawks were telling us the North Vietnamese were ‘puppets’ of an expansionist China. On this basis, we set out to kill a large number of the very same people we now rely on to defend us from more imaginary Chinese expansionism.

Is it not time we sent these people off on a long holiday? Or better, back to school where they could learn some history and then gain some maturity.