The other side of Elizabeth II’s reign: How to profit from plunder while disclaiming responsibility 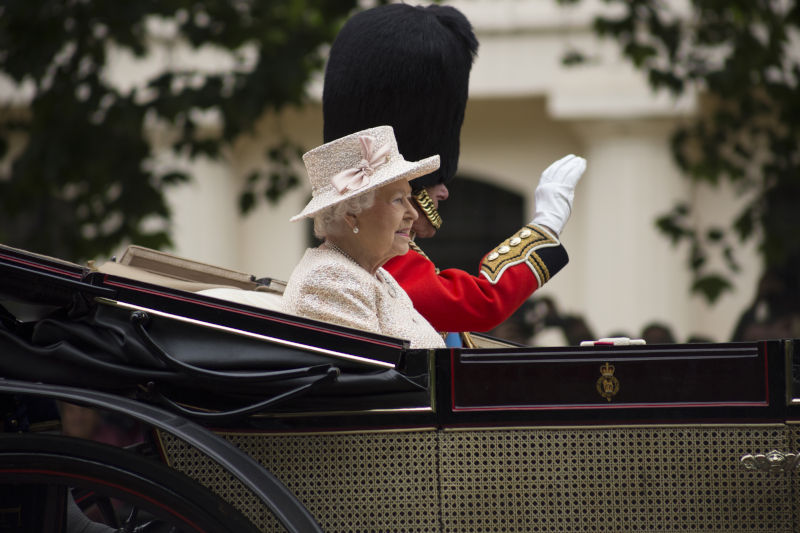 Reactions to the death of Queen Elizabeth II from victims of atrocities during her reign were less than warm. Did the British Crown derive profits of plunder yet disclaim responsibility for colonisation, they asked? The Westminster shroud, in this regard, is thick indeed, a layer of forced exculpation.

Global, personal, individual. The reactions to the death of Queen Elizabeth II seemed to catch even unsuspecting republicans off guard. In Australia, former Prime Minister Malcolm Turnbull, who had led the Australian Republic Movement, was a mess of reflection on the passing. The old enemy France glowed with a distant familial warmth. In the United States, monarchical fetishism reasserted itself.

Not all the reflections were rosy. In South Africa, the Economic Freedom Fighters party admitted no mourning for the passing of the monarch of seven decades, “because to us her death is a reminder of a very tragic period in this country and Africa’s history. Britain, under the leadership of the royal family, took over control of this territory that would become South Africa in 1795 from Batavian control, and took permanent control of the territory in 1806.” From then, the native populace knew no peace, nor “enjoyed the fruits of the riches of this land, riches were and still are utilised for the enrichment of the British royal family and those who look like them.”

Negative commentary, notably of the brisk too-soon mould, caused sparks and retributive anger. When news of Elizabeth II’s deteriorating condition reached critical race theorist and Carnegie Mellon academic Uju Anya on September 8, she jumped on Twitter with menacing enthusiasm. “I heard the chief monarch of a thieving raping genocidal empire is finally dying. May her pain be excruciating.” In the room next door, grant applications for future funding were probably being written.

The comment, even if academically toothless, was enough to stir empire building types such as the amoral Amazon founder, Jeff Bezos. In confounded fashion, he asked whether this was “someone supposedly working to make the world better […] I don’t think so.” Anya, unrepented, suggested that the Queen had “supervised a government that sponsored the genocide that massacred and displaced half my family”. As for Bezos, the bilious academic hoped that those who had suffered harm from his “merciless greed” would “remember you as fondly as I remember my colonisers.” On that score, many would agree.

In India, the historical site of controversial debates about the British monarchy, responses varied between lukewarm recognition to tangy irritation. The government of Narendra Modi declared a day of mourning on Sunday, with flags to fly at half-staff. But on closer inspection of social media chatter, Sucheta Mahajan of Jawaharlal Nehru University could detect little by way of effusive tear-filled adoration. There was “a lot of discussion but not much concern”. The passing was not treated as one of “an important world leader. After all, she did not call the shots.”

In 1997, when the late Queen made her third and last visit to India, much debate was provoked by the visit to Jallianwala Bagh. In April 1919, this site in the northern city of Amritsar was bloodied by the actions of the British Brigadier General Reginald Dyer, who ordered troops to fire upon a gathering of thousands of Indians that resulted in the deaths of, according to an official report, 379 men, women and children.

Did such a visit amount to an apology for the past sins of empire? Hardly, if we are going by the remarks she made at a New Delhi state banquet held just prior to the visit. “It is no secret that there have been some difficult episodes in our pasts – Jallianwala Bagh, which I shall visit tomorrow, is a distressing example. But history cannot be rewritten, however much we might sometimes wish otherwise. It has its moments of sadness, as well as gladness. We must learn from the sadness and build on the gladness.”

The statement is strikingly bereft of sorrow and filled with understatement. Build on gladness; forget the sadness. British rule over India offered more than just “distressing” examples. And “sadness” is certainly one numbing way of looking at an atrocity, not to mention various decisions made with telling consequences.

Indian historian and politician Shashi Tharoor is one who has elaborated an extensive laundry list of British sins, noting how the empire imposed a system of rule and economy on a pre-existing, rich society of agrarian sophistication largely for self-enriching goals. Far from civilising native subjects, British rule was marked by impoverishment, its trains decidedly governed by military self-interest, its governing policy one of constipated, selective inclusion.

Distinctions, however, are drawn between the occupant of a constitutional monarchy, and the government that used her name to prosecute a policy. Specific to Elizabeth II, Tharoor noted a “largely ceremonial” reign executed with “uncommon grace, her conduct on the throne marked by a selfless serenity, a total self-abnegation and devotion to the public trappings of her position.” In her rule, she seemed to be a consummate expression of Walter Bagehot’s formulation of a constitutional monarch’s three rights: the right to be consulted, the right to encourage, the right to warn.

Indians had tried to learn and forgive, for the most part, the “cruelties of colonialism”, with some even valuing the British connection. But the Queen could be faulted for never once acknowledging, let alone apologising, for “those centuries of colonial plunder and cruelty that made her position and wealth possible.”

Where, then, did she figure in the Bagehot scheme of consulting, encouragement and warning regarding British actions in Kenya in the use of concentration camps to break the Mau Mau rebellion, or the suppression of Communists in the Malaysian Emergency? The Westminster shroud, in this regard, is thick indeed, a layer of forced exculpation.

In that curious sense, the constitutional monarch could derive the profits of plunder yet disclaim responsibility. Monarchs, Tharoor noted, “did not actually order any of these things”. It followed that the Queen did not have to apologise for them, though a sovereign’s good sense might have demanded it.

As to what’s left of any republican sentiment, the Irish politician Clare Daly, Member of the European Parliament, put it well in expressing her “deepest sympathies and solidarity with republicans living under British rule.” The forthcoming weeks would prove hard, “but it will pass.” Maybe a bit wistfully, she suggested that the “day will come.” Those days always do, but Queen Liz has made it that much more difficult.