PETER HARBISON. In a less liberal aviation marketplace, China is likely to be the big winner.

By the middle of this decade, China was to have overtaken the US as the world’s largest aviation market. It surpassed it in the week of 13 April 2020, operating capacity at almost 80% of its corresponding 2019 levels. That transformation was greatly influenced by the cycle of COVID-19 and China’s earlier emergence, but it is surely a sign that the previous evolutionary course has shifted.

Even once airlines are flying again and US domestic operations recover, the coronavirus crisis will for several reasons inevitably accelerate this power transition in the medium term. Long haul international flights will be slow to return, given the complexity of coordinating border health concerns. This vacuum too will place China in a stronger position in the future; by late 2019, there were around 30 Chinese airlines operating internationally, prompted by a Beijing-sponsored push to go forth and multiply.

Not by coincidence this airline dispersal coincided and overlapped with the “Belt and Road Initiative”, BRI, (originally called the “One Belt, One Road” initiative) and each state which engaged in an infrastructure project were offered an open skies agreement.

Aviation has always occupied a disproportionate status in accounting the “national interest” so that what happens to airlines, particularly flag carriers, goes hand in hand with geopolitical goals, the more so since China entered world aviation as a new powerful force. President Trump’s withdrawal from the Trans-Pacific Partnership was an important step in ceding political and trade leadership to China in the world’s fastest-growing region, and China is not looking back. Now, as the country is the first in the virus cycle to return to active flying, both domestically and internationally, it is putting out feelers to regional governments to establish ground rules for operating internationally in face of the new health constraints. This could be a very important initiative, both strategically and for the industry as a whole.

Ideally, the UN’s specialist aviation body, the International Civil Aviation Organisation, ICAO, would be at the forefront of such a move, formulating health standards within the framework of its unique quasi-legislative powers. Established in 1944, before the UN itself, ICAO was provided with a broad range of authority to create a safe framework for international flying. With the post-WW1 Spanish flu still very much in the recent memory of governments at the formative conference, health standards and protective provisions were one area specified.

Government leaders often describe the coronavirus onslaught as a world war. In fact, it’s both much bigger than WW2 and very different from it. This time there are over 200 countries fighting it, with more still to join; and this time every country is a battlefront.

There’s another difference too. On that occasion there was a collection of allies, working more or less in concert to defeat the common foe, very much led in its later stages by the US. ICAO was then created with hopes and visions of a better world through coordination and cooperation.

Today there are few signs of a similar level of cooperation or mutual vision. Faced with this invisible invasion, most countries have focussed almost entirely inwards, with no sign of leadership from the world’s largest economy. There is an opportunity to remedy this as the worst effects pass through, but given the lack of trust between the US and China, globally coordinated action appears unlikely.

Like other UN bodies, ICAO is dogged by politics, even when pressing safety (and commercial) issues are at stake. For example, after 9-11, the US quickly unilaterally established its own security standards which were more or less imposed on the rest of the world, and within a couple of years effectively rubber-stamped by the ICAO states. By contrast, without a forceful leader, it took 15 years after SARS for the Organisation even to agree a modest and largely ineffectual Resolution to guide member states’ behaviour in the health area.

This century the European Union has gained in authority (again recently accelerated to some extent by the US’ abdication of leadership) and is taking tentative steps to establish principles that would allow flying among EU member states.

Under the present administration, and still, today very much preoccupied with its domestic COVI-19 issues it is less likely that the US will offer world leadership. Its domestic market is so large and, following airline consolidation, profitable, that international flying is certain to be a lower priority. So any thought of promoting international guidelines will more likely be expressed simply by establishing its own, probably very restrictive principles, for foreign access to US territory.

So here again, the field is largely left open to China to lay the framework for a new international health regime for aviation – and, rightly, become the major beneficiary of that.

The coronavirus has arrived at a time when nationalism, with its adverse effects on globalisation, was already blooming. So, rather than temporarily vanquishing nationalism in a glow of optimism, as happened in 1944, winning this war instead appears likely to entrench it. That’s bad news for the airline system.

Hopefully, unlike WW2, the virus war will not last for years. But even if the worst effects run their course in only a matter of months, the world we emerge into will – irreversibly – be a very different one from the one we left only a few weeks ago.

For one thing, border health controls will, like security measures, be with us to stay as new forms of virus appear likely to continue to plague the system, making life very difficult for international airlines.

Also, many airlines will have deceased and survivors, including most “flag carriers”, will usually have their government bailouts to thank, with overhanging obligations. This indebtedness, reinforced by union pressures, will add weight to the tendency towards more conservative aviation policies. China aside, few governments are likely to retain great enthusiasm for the cutthroat competition that open skies can generate.

Coming out of the tunnel into a new world populated mostly by government-supported airlines, the dynamics of aviation will have very different drivers from the previous relatively simple supply-demand formula. The system is likely to resemble much more the restrictive profile of the 1970s, now overlaid by a vigorous trade war between the US and China, as the two giants struggle for dominance.

Then there is the demand side. In 2021 we will be confronting a deep economic recession that the IMF expects will be “worse” than the one following the global financial crisis of 2008-2009. It will be much worse. Back then it took the US airline market until 2014 to recover to pre-recession traffic levels, as the largest operators underwent a thorough restructuring and confidence only slowly returned; China’s system, by contrast, bounced back with annual double-digit growth (RPKs) every year for the decade from 2009, only slipping below, to 9.3% in 2019. It’s going to be anxious to restore growth in 2020, to meet its five-year plan goals.

Aviation and the much larger tourism industry will emerge greatly emasculated, probably less than half its previous size. From there its growth will not materialise rapidly; there will be no snapback; the international market will greatly lag domestic recovery because there will be limited synchrony between the different markets’ return to health and economic security. And fares will be much higher, reflecting more limited airline capacity and higher costs as health measures like physical separation are implemented.

In a less liberal aviation marketplace, China is likely to be the big winner. Herein lies a paradox for US policymaking. The current administration’s nationalistic attitude is likely to confine US airlines even further within an international network reliant on a low growth but historically valuable North Atlantic, as well as Latin America, both of which appear particularly fragile at this stage.

Alternatively, there is a great opportunity, emulating the optimism of the post-WW2 governments, to reformulate the aviation regulatory system. That would at least require removing foreign ownership controls on airlines, to allow rationalisation and consolidation in a liberal framework. But that would require vision and cooperation.

Peter Harbison is the founder and Chairman Emeritus of CAPA – Centre for Aviation, specialist aviation news, data, analysis and events organisation. An aviation lawyer and consultant, he has been engaged in the aviation business in government and airlines for over 50 years 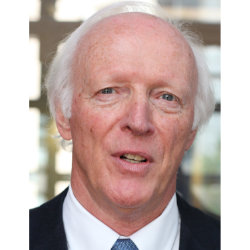 Peter Harbison is the founder and Chairman Emeritus of CAPA – Centre for Aviation, a specialist aviation news, data, analysis and events organisation. An aviation lawyer and consultant, he has been engaged in the aviation business in government and airlines for over 50 years.