Companies can secure so much economic power they can translate it into the political power, which they use to get laws that further advance their economic power.

‘Is it as bad as it looks?’ That was the question that drove my recent study into corporate power in Australia. Frustrated at media coverage that just compared sound bites, and armed with a former bureaucrat’s view that sometimes good policy has a better chance when issues are not splashed across the newspapers, I set out to look under the bonnet to see what was really going on.

I set out to examine Australia’s ten most powerful companies: the big miners, the banks, the supermarkets, Telstra and Newscorp, in their most iconic clashes with government. My method was simple. I compared what the corporates’ preferences were at the beginning of the policy development process to what the Parliament passed into law at the end to see how often the big corporates got what they wanted.

I also set out to test whether there was a good public interest case for the corporate wins. To do that I delved into the policy debates to understand what was at stake.

The result was a crash course in modern corporate strategy that left a lot of what my economics degree taught me lying in tatters.

The reality of the Australian economy is that it is dominated by a very small number of enormous companies. According to the ACCC, in 2015 the top 100 companies on the Australian Stock Exchange accounted for 47% of GDP.

These enormous companies dominate supply chains made up of 100,000s of people. And an awful lot of corporate strategy is focused on redistributing wealth along these supply chains.

The classic example is the supermarkets. At the height of the supermarket price wars there were scandals around Coles and Woolworths’ treatment of farmers. Extraordinary stories of bullying and intimidation emerged.

Coles and Woolworths made up 73% of the grocery market and acted as gatekeepers that determined whether farmer could get their product to consumers. They wielded that power to squeeze their supply chains.

Farmers’ complaints included that the supermarkets would change prices and values of orders after production began.  The farmers had to pay for goods damaged, stolen, or unsold in store. And remarkably, the suppliers had to foot the costs for the supermarkets’ discounting, and advertising.

The farmers and other suppliers also had to pay what is known as ‘trade spend’. This meant paying additional premiums if your product was stocked in prime shelf positions.

To make matters worse, there was evidence of supermarkets strategically seeking to make suppliers vulnerable to this behaviour. They would buy up all of a suppliers’ product so the farmer had to cut relationships with other customers. Then once a farmer was completely dependent, the supermarket could turn the screws. In one instance evidence emerged of the supermarkets grouping their suppliers by their level of vulnerability and targeting the harshest demands at those with the least power to resist.

The farmers called on government to introduce laws that would stop the supermarkets redistributing wealth along the supply chain in that way. It turned out to be a common pattern.

The economic and political dynamics of each of the case studies were different, and each case charts events that shaped Australian society in important ways. But the common pattern amongst them was they were sectors that were dominated by 1-4 enormous companies. These companies towered over long supply chains. And in each case the corporates stoushes with government were over laws that determined where profits were realized in the supply chain.

Historically concerns about corporate power have focused on the battle between capital and labour. However, in this age of the growing wealth of the 1%, a lot of the conflict is between the largest businesses and their treatment of middle sized and smaller businesses.

This becomes critical for questions of democracy as well as economic equality. It prompts the question of whether we are in a Medici cycle. A Medici cycle refers to when economic and political power become self-reinforcing. Companies can secure so much economic power they can translate it into the political power, which they use to get laws that further advance their economic power.

If Australia’s largest companies are being able to secure laws that allow them to strip the wealth out of the supply chains, then we are at risk of falling into an oligarchy with deepening inequality.

The findings were not encouraging. The blow by blow accounts of how the issues unfolded reveal it’s not possible for someone to be sitting in a backroom pulling the strings. In following how the issues unfolded, it becomes clear that the complex swirl of countervailing forces,  random events, and a hundred hands on every decision that mean it is not possible for anyone to exercise complete control over our political system. Yet some players bring so many resources and such influence that their odds of triumphing are higher no matter which turn the dance takes.

In three of the five sectors examined, the major corporates were able to dictate terms and get their preferred laws even when it ran strongly against the public interest.  The miners, the media barons and the supermarkets wield extraordinary influence.

The banks also came extraordinarily close to escaping serious reprimand for the financial scandals in the wake of the GFC.

Perhaps the most extraordinary finding was the extent to which the Liberal Party was systemically beholden to corporate interests. No matter how badly the companies behaved and how egregious the cost the community, the Liberal Party adopted the largest corporates preferences in full.

The problem appeared to be systemic. Both Tony Abbott and Malcolm Turnbull advocated positions at odds with big corporates when vying for the Prime Ministership, but both fell into line and did the corporates bidding once in the top job.

Interestingly the Nationals turned out to be much more important than I expected. When it came to the banks and the supermarkets, they played a key role in curbing corporate power in the Coalition. The Nationals’ mavericks along with the Senate cross bench made a big difference.

The Labor Party’s track record was mixed. It is evident in retrospect quite how crazy-brave the Rudd-Gillard governments were in taking on corporate power on so many issues at once. They did some courageous things, some stupid things, and some cynical things. In the end, they really only had one win.

My greatest concern was that Labor adopted very strange positions on issues where Coles and Woolworths were lead protagonists. The big retailers’ links into the Labor Party through the Shoppies Union appeared to mean both the Labor and Liberal Parties were joining forces to advance the interests of Australia’s two largest corporations.

There were other ways the study findings were concerning. Researchers distinguish between three reasons why corporates might win policy battles, which have different implications for the health of our democracy.

Structural power stems from corporates’ role in investing to create jobs and wealth in the economy.  In a global economy, corporates can threaten to take their investment offshore if they don’t get low taxes and favourable laws and regulations. If the corporates are winning because our politicians are prioritizing investment and prosperity in line with public opinion, then our democracy is working fine, even though its implications for inequality are awful.

Ideational power refers to corporates’ ability to win the battle of ideas over what is in the national interest. It is argued that the big corporates’ status, media resources and access to decision makers gives them a disproportionate voice in the national conversation. It is argued they have particularly used that voice to push economic rationalist free market ideas. If corporates are winning for this reason it suggests we have a representational problem with our democracy, where people are not getting an equal say.

Finally, instrumental power refers to what most people think of when they think of corporate power. It refers to political donations, personal favours, and corruption where politicians make decisions to advance their own interests rather than the public interest.

I also went a step further and included threats to pre-selection and marginal seat campaigning, where politicians make decisions based on their personal ability to hold onto power, rather than on their assessments of the public interest, as part of our thinking about instrumental power too.

Most of the research in the last thirty years has focused on structural and ideational power, but those factors couldn’t explain most of the outcomes of the cases I looked at.

Structural power was not the determinant, because evidence that investment in the economy would have suffered if the corporates didn’t get their way was weak.

Similarly, free market ideas were not the major factor. In six of the seven cases, pro free market institutions like the Treasury, the Australian Competition and Consumer Commission and the Productivity Commission opposed the major corporates preferences. Their calls for more competitive markets on a more level playing field were repeatedly over-ruled. We are no longer in a neoliberal economy, we are in a crony capitalist economy.

A lot of the corporate wins came down to instrumental power. For the Liberal Party this took the form of the Party seeming to see itself as cheer leaders in chief for our most powerful corporations.  For the Labor Party it stemmed from the corporates being able to make credible threats to the longevity of their political careers.

As someone who has been a bureaucrat, a political staffer, a journo and watched Australian politics very closely for many years, researching this book was worldview changing.

Our democracy is in danger and a Federal Independent Commission Against Corruption is long overdue.

Dr Lindy Edwards is the author of ‘Corporate Power in Australia: Do the 1% Rule.’ Monash Uni Press, 2020. 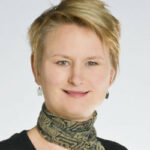 Lindy Edwards has worked as an economic adviser in the Department of Prime Minister and Cabinet, a press gallery journalist for the Sydney Morning Herald and has been a senior policy adviser to an Australian political party leader. She appears regularly on ABC TV and radio, has had a fortnightly column in The Age newspaper and is a regular media commentator.