Could a knowledge commons unite and anchor our fractious, drifting humanity? 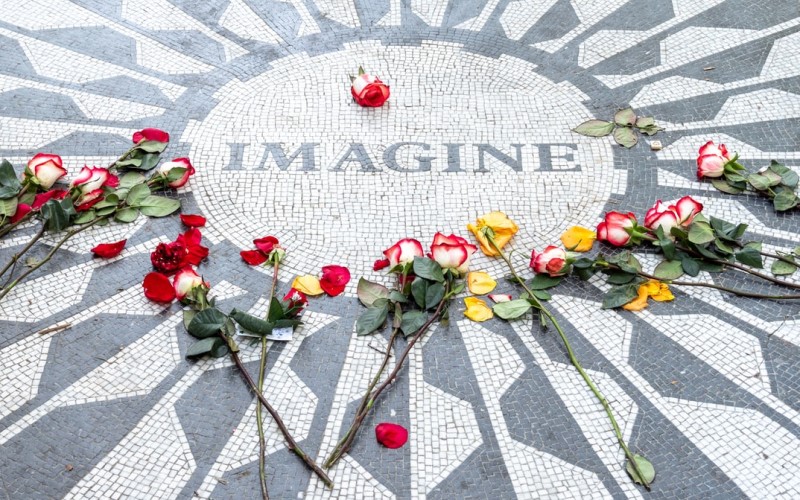 A quest for knowledge could unite humanity. (Image: Unsplash)

Imagine a world where the simple quest for knowledge united humanity and gave us a chance of peaceful coexistence.

Imagine if you will, in some reckless abandonment of disbelief, that John Lennon’s dream, that one that he enshrined in our psyche as the holy grail of global humanism, suddenly came true. Imagine that some miraculous, overwhelming urge for global harmony became manifest, facilitating the social reforms that our fractious humanity so urgently needs — abolishing greed, exposing the folly of intolerance and revealing the wisdom in a global view of ourselves as a single human race. No more wars — military budgets repurposed to feed, clothe and educate, division out, harmony in, no need of nations or borders, adequacy for the many, not excess for a few, science and research harnessed to inform, not to enrich, and our cultural differences celebrated, not feared.

Sounds good, right? Then indulge yourself a little further. Try to imagine what wellspring of miracles might produce such a common urge. What shared imperative could arise, or could we establish, that would so unite and harmonise us – that would so inspire and enthuse the collective that it would become the personal goal of each –would so comprehensively reconcile want with need in every individual, that there’d be no urge for more than a fair share, rendering absurd the accumulation of private excess?

Unity. Harmony. Peace. Lennon’s dream. What shared vision, what common purpose might inspire the collective of us to demand the social reforms needed to make these things a reality? Do globally common dreams even exist?

Well, yes they do. We just misuse them.

A number of substantial shared aspirations already exist within our various societies today, though they are largely misappropriated, their access controlled and allocated to serve vested interests, especially those involving money. Others, more altruistic, already serve as globally common and socially unifying aims — species sustainability, health, disaster mitigation, child safety for example — but there is one commonly shared pursuit that underpins all other candidates, indeed underpins most everything humanity does. But sadly this global mother of all pursuits is also the most misappropriated and tightly governed — at the moment.

It is the simple quest for knowledge, the product of our intelligent curiosity.

Is there anything else more fundamentally human than that? We each aspire to it and exercise it daily so its pursuit is already common and universal. If humanity’s existing bank of knowledge and the means of new acquisition could be wrested out of political and corporate clutches to reside under the governance of a truly global, truly democratic public institution, it could also serve as a powerful social unifier.

Acquired knowledge and comprehension are not just central to our collective enterprise, but also to our individual sense of security, independence and potency. Knowledge is a prime source of our self-esteem and social standing. It is also a measure of our performance and achievements. We all pursue it more or less constantly, as individuals and in diverse groups, large and small, from the humblest crèche to the cutting edge of cosmic research.

In that respect, knowledge is a common goal.

But we don’t, today, seek knowledge universally as a global community, or collaboratively for shared benefit. We seek it as fragmented interest groups and competitively, mostly with aims of commercial and/or political advantage, and while the goal itself, a “commons of knowledge”, could readily be formalised and shaped as a powerful unifier, our current system of fragmented, competitive governance could not allow it.

So, if the yellow brick road to the magic of Lennon’s dream runs through the establishment of shared goals like a knowledge commons, it will be necessary to simultaneously reform our current society into something more compatible.

Imagine that our innate animal intelligence will allow us to look beyond the historical horrors of imperialism, fascism, communism, capitalism and all the other isms we’ve tried — past the self-deceptions of commercialised militarism and consumer industries that corrupt our treasured democracies, past the anachronisms of nationalist fervour that exasperate a civilisation that long ago became global. Imagine that we can suspend the disbelief engendered by the challenges of reforming today’s evolved dead-end to a benign and sustainable tomorrow. Allow yourself to imagine that reform is possible. What do you see?

Its chief requisites, to meet humanity’s near and long term future needs, are easy enough to specify.

It will be global in vision, intent and operation. It will be egalitarian and cosmopolitan in the ethics that shape its constitution. It will be comprehensive and ultra-long-term in its vision of a sustainable future direction. And it will be based on evidence and reason, for these, like curiosity and intelligence, are also fundamental to the human organism. The concept of global cosmopolitanism, to give it a name, is not new, and in the current environment of civilizational concerns its consideration is quickening.

But let’s not be deluded. A knowledge commons and global cosmopolitanism would not be delivered easily. The existing global governance system consists of fragmented and diverse sovereign and corporate powers with existential interests in maintaining the status quo, or exploiting any proposed change.  t is strongly entrenched and seemingly omnipotent, albeit borderline chaotic. In this environment, with this starting point, how do we initiate and control non-violent reforms that inevitably must involve replacing the existing, failing and fragmented system with a new united and globalised one? The executive powers of the existing system will not voluntarily surrender their sovereignties and corporate empires to a global socialist democracy, so is peaceful reform even possible?

Fortunately, the apparent omnipotence is more myth than fact, albeit accepted by the masses as such. In reality, sustaining the incumbent system relies on the continued willing support of the roughly 8 billion ‘subjects’ who use, fund and work for it. The ultimate authority over our direction lies with those 8 billion, and discovering how to assert that authority is the pathway by which humanity might yet be spared the horrors of social collapse.

In a validating observation, the first essential of such reform will be a public that is knowledgeable in the truth of its own social circumstances and trajectory and alert to the perils of manufactured illusion — as well as being inspired by their own potential for doing much, much better.

Unlike lions and kangaroos, when the bodily needs of humans are satisfied, we are not visited by contentment and the appeal of a shady tree. We are beset by the demons of ennui and lured by the mysteries of the midday sun. The human organism is a restless one that demands occupation. Eight billion pairs of hands equipped with modern technologies are a planet-altering combination and recent history highlights the folly of our occupation being frivolous and ungoverned. Establishing significant, globally shared, unifying objectives — more is better — would greatly assist with constraining that self-destructive potential. Formalising the acquisition and deployment of knowledge as a democratic institution with fair and rational access for all would be a great start.

A knowledge commons is not proposed here as a quest for some cosmic purpose or human destiny. Nor is it suggested that such things even exist. But were we ever to seriously seek understanding of such things, then a knowledge commons seems a sensible social platform from which to launch the quest.

Seeking ultimate comprehension of the cosmos and the place of humanity within it has been the grist of philosophers and scientists for millennia. Formalising the effort into a structured, global, socialised knowledge commons, is a logical next step. It offers an umbrella of collective occupation beneath which each of us can function and to which each can contribute according to individual aspiration and aptitude. As an ultra-long-term goal it is ever fresh, yet has no discernible use-by date. It massages the human ego by constantly rewarding effort and it constantly challenges the curiosity with ever expanding horizons. It provides a framework for collaborative effort and sharing of benefits. It fully engages the uniquely human faculties of advance curiosity and reason. And above all it offers unity and a chance at peaceful coexistence. 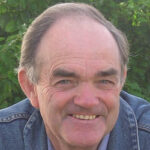 George Trembath is Director of The Pachacuti Project and his novel, Pachacuti, his poetry and essays all focus on global humanity’s errant exploitation of the biosphere and the challenges of timely reform.