Covid:  How are we going?  Facts and spin

Impressions can be more important than the facts – that was the case even before Trump demonstrated that a good tweet is worth a thousand facts.

How in fact are we going in the international Covid 19 stakes?  We all know that it’s not just at Rugby that New Zealand is a world-beater, and we occasionally hear of places such as Taiwan, Vietnam and Singapore doing well.  But we hear much more of the horrendous figures in the US, Brazil, India and many European countries than of the places that are doing better.  Such is the nature of news and our appetite for it.  Bad beats good every time in getting media attention.

“Australia is doing very well with Covid”:  Fact or impression?  My impression has been that, with the exception of Victoria, Australia has done pretty well with Covid relative to the rest of the world.  If I had had to give Australia a ranking, I would have said that we would be in the top dozen or so countries.

First, in terms of deaths per 100,000 of population, Australia is nowhere near the top dozen – it comes in at #58 – with 94 countries having even higher death rates. These figures are all from Johns Hopkins University – which seems to be the gold standard for Covid statistics.

Australia’s death rate of 3.62 per 100,000 of population compares with Bangladesh and Pakistan just below us, Burma about half ours, Japan on 1.34, South Korea 0.88, New Zealand 0.51 and Singapore 0.50.  The countries with the lowest death rates are Taiwan (0.03) leading from Vietnam, Tanzania, Sri Lanka, Papua New Guinea and Thailand in that order.  Other developed countries ahead of us include Iceland, Brunei and Malaysia.

What about across Australia?  According to Prime Minister, Scott Morrison, NSW has the gold standard in Covid tracing.  (Would he know, or is he just spinning another brand? – the sizzle of the shrimp on the barbie).  Morrison says that NSW is doing extremely well with Covid generally, and Victoria should take a lesson from its northern neighbour.  (I’m sure nobody remembers the Ruby Princess, just as nobody was responsible for that deadly debacle.  Or Newmarch House).

Morrison’s rhetoric all plays well into the narrative that Gladys Berejiklian is the best Premier in the land.  Boo hiss to Annastacia Palaszczuk, Mark McGowan and Dan Andrews.

By my calculation, the death rates per 100,000 of population for each Australian State and Territory are, in order: Northern Territory, no deaths; Queensland 0.13; South Australia 0.24; Western Australia 0.38; NSW 0.72; ACT 0.82; and Tasmania 2.54.  Victoria trails the field with 14.48 – a bit worse than Germany and Hungary but a bit better than Saudi Arabia and Bulgaria.

As a marketing man, the Prime Minister for NSW (as he is not so affectionately known south of the Murray) is keenly aware of the importance of impressions – of spin – even unsupported by substance.  While acknowledging that statistics often don’t tell the complete story, there needs to be some firmer foundation for the claim that Ms Berejiklian is Australia’s premier First Minister.  On the Covid score, she is in the bottom half of the field and a long way off the pace. 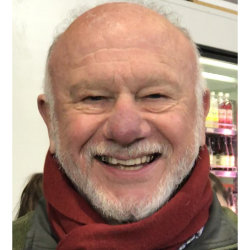