Crash and burn: the deadly climate policies of our major parties 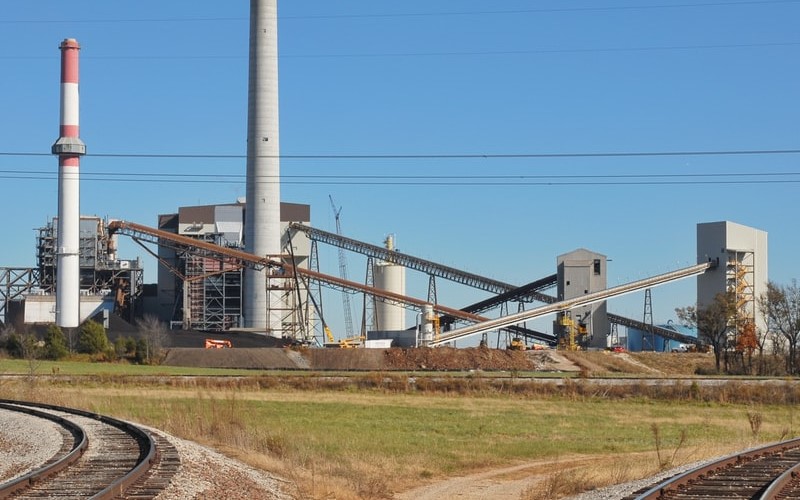 The Coalition and Labor refuse climate action that will ensure humanity’s survival, even as thousands die globally from the burning of fossil fuels.

The fossil fuel policies of the Coalition and Labor are partly responsible for hundreds of preventable deaths and illnesses in Australia and many thousands internationally. These facts are demeaning for all Australians.

Trust in democratic governance, politicians and particularly in the Coalition is at an all-time low. This is at a time when the people of the world face an “existential crisis”. These words mean little to many Australians, so let’s spell them out.

Science indicates with a high degree of certainty that the continued existence of humanity is increasingly threatened by climate change this century. To put it another way, if we don’t act then nature will decimate our civilisation. The evidence is already before our eyes in so many ways.

The failure of democracy to address this issue is a result of our self-interest in wanting to continue living as we are, and this is reflected by our politicians continuing to place party, power and self before all other issues. Leadership during crises is the ability to rise above these restraints, but such leadership is woefully lacking in both the government and the Labor opposition.

To address these inadequacies, there are anguished calls for democratic reform to bring effective action to this crisis. In the face of entrenched party systems, reform would be long and arduous but we must have action now. Hence the birth of Climate 200, a bold initiative to bring more independent members into the next parliament on a ticket of climate change action. Many highly qualified and committed individuals have put themselves forward.

In some countries “sortition” is proposed, the ancient Greek practice of selecting individuals for political office through a lottery because it was understood that the voting process could create an entrenched political class.

Today sortition might result in more appropriate gender and racial representation in many parliaments. In Australia, representatives chosen by lottery might provide more skill and commitment than those selected under party rules. It would be understandable when current emissions reduction policy offers little more than a slogan, “technology without taxes”, and climate resilience policy is prepared in “the Australian Way”.

Neither the government nor Labor has an understanding that net zero emissions must be achieved by 2030, or soon after, to have any chance of limiting world temperature rise to 1.5 degrees Celsius by 2050. Between 1.5C and 2C, tipping points may bring irreversible climate change. Indeed there is some evidence of this occurring now.

With a 1C rise, we already see the world in chaos with floods, fires, storms, droughts, population migrations and many deaths. At 1.5C, life would be difficult with increased spending on reparation. Much of Australia would be unliveable with a 2C rise. This year the inadequate commitment of nations at COP26 made a 2C rise the likely outcome, with science telling us 2.4C to 2.7C being possible.

Since the Paris Agreement in 2015, the Coalition government’s paltry commitment to a 26-28 per cent reduction in emissions by 2030 has remained and will not be revised by COP27 next year. Without large reductions in emissions of about 8 per cent each year until 2030, net zero by 2050 becomes impossible. Urgent reduction can be achieved only by an end to the burning of coal and gas. “Technology not taxes” is irrelevant when much of the proposed technology is undeveloped.

Australia’s refusal at COP26 to commit to a 30 per cent reduction in methane by 2030 and plans for massive gas development have confirmed that Australia will do little to help control the climate emergency in response to the International Energy Agency’s call for no fossil fuel developments.

Our government has failed to show any concern for the lives lost here and throughout the world from coal-burning air pollution and from rising temperatures. Doctors and many others are disgusted and distressed. In 2011, doctors published in the Medical Journal of Australia a detailed article on these preventable deaths and health harms. Since then countless articles have documented the issue but it has remained a ”don’t mention the war” subject for the two major parties over the past decade.

After Labor lost the 2019 election, new leader Anthony Albanese stated that the party’s commitment to an ambitious 45 per cent reduction in emissions by 2030 was a mistake. Yet, based on science, it was insufficient. Labor had failed to explain the science and urgency during three years in opposition. Fast forward another three years and we await yet another 2030 “eureka” target designed not necessarily on science but on the need to win an election.

If Labor had used skill, persistence and the delivery of climate science over many months to convince the public, it would now have their trust. Instead, Labor has been hiding its many lights under a bushel and has adopted a pitiful stance on retaining fossil fuels — but not too much — suggesting to the public that it doubts its own ability to deliver the necessary rapid transition away from thermal coal and gas.

Labor’s most recent malfeasance was to abstain from voting on a Senate motion to disallow subsidisation of the Beetaloo Cooperative drilling program. This was shameful in the face of the call at COP26 for an end of fossil fuel subsidies, also demanded by the International Energy Agency.

If the existing democratic systems are to be relevant today, opposition parties must face the climate crisis by graduating from simple “opposition” to educating the public on the necessities for Australia’s future. If an opposition policy is stolen by the government, lives will be saved and a contribution to ending the crisis will be made. This would be a road to trust and could lead to bipartisanship, with a unified parliament to address this existential crisis. Attitudinal change demanded by a crisis does not need democratic reform.

The public knows that the need to win a few “fossil fuel seats” is behind party policies for it may deliver government. Party and power come before lives.

“Democracy is the worst form of government — except for all the others that have been tried.” Churchill’s words have failed to encourage meaningful reform over 70 years and indeed many democracies have proved inadequate in the face of this crisis by failing to deliver on their most important role: to protect their citizens from harm. Australians yearn for leadership for humanity and for the repair of our broken democracy.