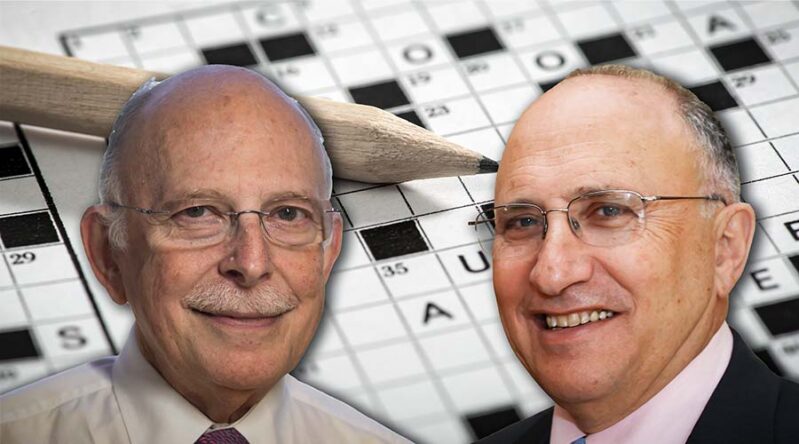 The influence of Colin Rubenstein and his lobby group does not just limit what mainstream media outlets dare publish, it forces self-censorship on editors and journalists alike, writes John Lyons in his latest book.

In 2019, Fairfax’s Sydney and Melbourne mastheads made a grievous error. In the daily crossword section, the answer to the clue “Holy land” turned out not be six letters staring with an I, as some would expect, but nine: Palestine. So affronted was the Australia/Israel and Jewish Affairs Council (AIJAC) that it demanded an investigation.

Fairfax acceded, blamed it on an external contractor and apologised to Colin Rubenstein, executive director of the AIJAC.

This is just one of many examples that John Lyons uses in his book, Dateline Jerusalem: Journalism’s Toughest Assignment, to illustrate the power of a lobby group so influential it can force changes to government policy, hound journalists out of their job and pressure the ABC board to justify the appointment of foreign correspondents.

“…there are only three people who can tell the editors of The Australian what they can or can’t use: Rupert Murdoch, Lachlan Murdoch and Colin Rubenstein.”

Lyons is an experienced journalist. Currently the head of investigative journalism at the ABC, his 40 years in the media includes being editor of The Sydney Morning Herald, Middle East correspondent for The Australian and winning one of his three Walkley Awards for “Stone Cold Justice”, a Four Corners episode which exposed the Israel military courts’ human rights abuses.

His previous book Balcony over Jerusalem covered his six years of witnessing the tragedies and contradictions of a region that has had more armed conflict than any other since World War II.

In Dateline Jerusalem (at 85 pages it’s more of an essay, a quick read, but a good read), Lyons focuses entirely on the Israel-Palestine conflict and specifically how Israel seeks to control the narrative for the Australian audience.

He makes the point several times that the press in Israel is much more overtly critical of the policies of its government than the Australian press is, including how the regular flare-ups in the West Bank is covered.

To the AIJAC it’s a war of words, controlling how and what is said.

For example, Rubenstein and his fellow lobbyists are particularly sensitive about using the word “occupation” in reference to Israel’s occupation of Palestinian Territories. But as the lieutenant colonel responsible for Israel’s army operations in the occupied territories quips:

“If this is not occupied then the media has missed one of the biggest stories of our time, (Israel’s) withdrawal from the West Bank!”

The pro-Israel lobby has even developed a special dictionary. The Global Language Dictionary was funded by The Israel Project to “guide politicians and journalists on the language to use to win support for settlement expansion.”

Just using the word Palestine can get a journalist in trouble. Jennine Khalik, a Palestinian Australian and former journalist at The Australian recounts in the book how she was yelled at by a sub-editor for referring to a refugee and singer as coming from Palestine:

“PALESTINE DOES NOT EXIST … Palestine is NOT a place … What kind of journalist are you, using the word Palestine?”

For Khalik, this was the last straw. She left the paper shortly after, following what had been a concerted campaign by the pro-Israel lobby, including diplomats from the Israel embassy questioning her editors about the appointment of “a Palestinian activist”.

In another example of the tactics used to control the narrative, Lyons refers to a story told by former The Age editor, Andrew Holden, where Rubenstein and Mark Leibler — lawyer and well known leader of the Jewish business community — marched into his office and complained loudly about the paper’s coverage of the 2014 Gaza war.

“Anyone who thinks that such a display by an esteemed member of the Australian community doesn’t have a chilling effect is kidding themselves. I have seen its effect in the years since in hesitancy on the part of editors and trepidation about any story which may show Israel in a negative light.”

Lyons himself has, of course, also been subjected to threats and intimidation over the years for his reporting on Israel and Palestine. Like almost everyone else who dares criticise the Israeli government, he has been called an anti-Semite, but also a “Goebbels” and “a Hamas smelly used tampon”.

It is a tactic used persistently and consistently by those agitating for the rights and the might of Israel at the expense of everything else, including the truth.

“I think the aim is to make journalists and editors decide that, even if they have a legitimate story that may criticise Israel it is simply not worth running, as it will cause more trouble than it’s worth.”

In April 2021, Human Rights Watch (HRW) released its landmark report “A Threshold Crossed: Israel Authorities and the Crimes of Apartheid and Persecution”. It was largely ignored by mainstream media in Australia. “Including by my own organisation, the ABC,” says Lyon.

The pro-Israel lobby is so effective it has achieved the ultimate aim of information suppression – self-censorship.