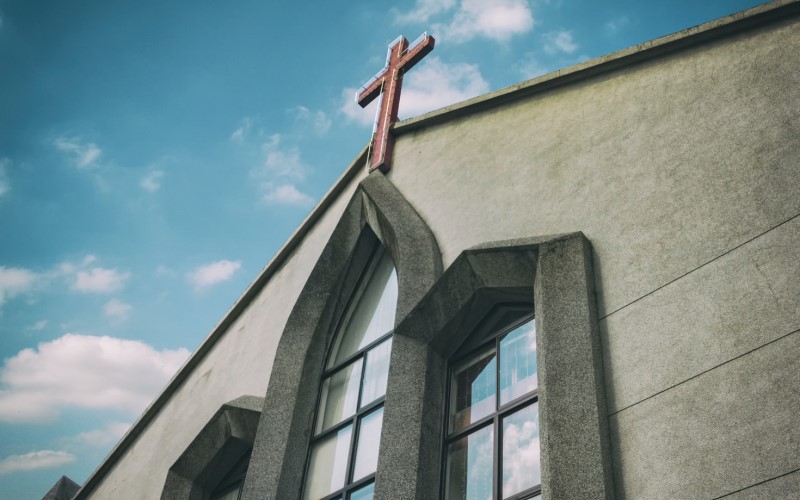 Australian conservatives’ obsession with religious freedom is just another US import, and part of a worldwide surge in fascist identity politics.

It might seem bizarre that in a nation facing challenges regarding our recovery from the pandemic and the climate crisis that the Coalition government is wasting energy on a religious discrimination bill.

The bill, however, must be understood as another front in the culture war creation of a national identity that is Western chauvinist at heart. The business of government is handed to the fossil fuel lobby for whom we serve as a vassal state. Meanwhile the Coalition continues massing the forces of this “conservative” identity against the feared might of “progress”.

The Australian Human Rights Commission has been arguing for 20 years that Australia needs religious protections, best dealt with in a charter of human rights more broadly. This vision, however, is of a tool that protects people from discrimination on the basis of their religion (or lack thereof); the Coalition’s focus is on a bill that entitles religious groups to discriminate.

The number of Australians who identified as Christian sank to 52 per cent in the 2016 census. Other religions made up another 8 per cent. The ABC found in 2019 that 60 per cent of Australians would prefer that people kept their religion to themselves. Of all our identifying features, the ABC’s respondents placed their religious identity as their least significant feature. Australia is not a nation with a strong civic religion.

This stands in contrast with the Coalition’s role models in the Republican Party in America where civic religion has become a rallying cry, the heart of the party’s rhetoric.

As the Coalition parties move farther to the right, their memberships are also changing. John Sandeman has pointed out that the average age of Liberal and National member is 72 years (with the Labor Party averaging 65). This is making the parties’ branches vulnerable to takeover, and Christians keen to forge a nation shaped by their faith are recruiting and stacking the conservative side of politics.

The success of the Marriage Equality postal vote and the required amendment to the Marriage Act in 2017 was clearly a miserable time for the many conservative politicians who placed a traditional religious worldview at the forefront of their political identity. The religious freedom bill was intended to console them. It would protect “Christian bakers” from the need to provide a cake for a LGBTQI wedding.

Christian bakers are not an Australian concern, though. The trope was introduced to our debate by American think tank-trained Cory Bernardi from the Republicans’ repertoire. Religious discrimination here is far more likely to be experienced by someone with a Muslim or Jewish name than by a Christian forced to do business with a secular client.

Bernardi’s import of the Christian Libertarian position that people should be free to discriminate is based on decades of surging reactionary religious identity politics. In America, it is forged out of a long tradition built particularly in the Evangelical (Pentecostal) churches where success in business was placed as a key virtue alongside moral purity and freedom from government. A strong masculine role (in business as in the home) was valorised as a counter to the prissy traditional denominations’ version of Christianity.

From being a fringe force in the Civil Rights era, it has become central to the Republican identity now, fighting back against the ungodly progress of civil rights successes.

This movement was forged in the Cold War. In the 1990s, “family values” lobby groups from the US united with the reborn churches of the former Soviet Union to battle the threat of the secular, interventionist state. They shared a loathing of totalitarian government. They also shared a sense of panicked pride in a white Christian Western heritage under attack from feminists, the LGBTQI rights movement and the non-white world.

Having fought back their own godless totalitarian regime, nationalist Orthodox Christians tell their fellow “family values” activists that the Russians have the ability to help the Westerners defeat the new liberal totalitarianism.

When Masha Gessen covered one of these conferences in Georgia, she interviewed the American about to become the head of the World Congress of Families. She proposed to him that she could give up some of the new rights that marked her “rainbow family” as equal. In that world, could her family and his live in amity. His response: “No.”

This illustrates the crisis addressed by Australia’s religious freedom bill. It is not that flagrant drag queens are marching into cake shops and harassing Christian bakers until the poor maligned confectioner is forced to produce a cake. The problem is that a civic identity for LGBTQI people is in itself considered an oppression.

Australia’s more laissez-faire attitude to the lives of others is coming into conflict with a “conservative” politics that believes strongly that it has the right to tell the rest of the population how to live.

Part of the crisis emerges from the theocratic evangelicals so powerful in the Republican Party now. Dominionism has been described as the “central unifying ideology” for the Christian right. This preaches that Jesus — or his representatives — have the right to control all earthly institutions. For Jesus to return for his millennial kingdom, the world must embrace the morality stipulated by these creeds. For those who believe Christ will only return once the world is pure, there is a critical urgency in the suppressing of anyone who doesn’t live according to their purity mandates. Your sinful lifestyle prevents their reunion with Christ.

The broader problem is that this theocratic project which has colonised the Republican Party, entwined with a cynical belief that the opposition has no right to hold power, is part of a worldwide surge in fascist identity politics.

Speak without fear, as long as you’re a white, male, Christian conservative

This creation of a national identity firmly allied to a religious tradition is not reserved for Christianity. India with its Hindutva movement, embodied in Modi, is seeing steps towards ethnic cleansing. In Sri Lanka and Myanmar, the Buddhist faith is tied to the national identity. Israel is forging a two-tiered society that gives extra rights to Jewish citizens. China proves that the prized national identity can exclude a religion, while not building that self on the presence of one.

The fact that all these states are building their identity primarily (but not solely) against Muslims is one of the features that unites such regimes with those embracing a Christian-identity authoritarianism. Hungary, Poland and Brazil are the most overt examples. Serbian nationalists are once again forging their identity against their Muslim neighbours. Christian Orthodox identity is at the core of Putin’s vision for Russia.

Putin is a hero to many in the rising Christian authoritarian movements. Trump’s sometime ally, Steve Bannon is at the core of a schismatic group of powerful Catholics who despise Pope Francis as a socialist and, indeed, betrayer of the church. Bannon’s faction see Putin’s Moscow as the Third Rome and a bulwark against secular modernism.

Pat Buchanan speculated that Putin might give the keynote speech at the World Congress of Families a few years back. His stalwart fight for the “family values” campaign contrasted shamefully with an America that had capitulated to “a sexual revolution of easy divorce, rampant promiscuity, pornography, homosexuality, feminism, abortion, same-sex marriage, euthanasia, assisted suicide — the displacement of Christian values by Hollywood values”.

Australians should be aware that it is not only LGBTQI citizens and Muslims who are outcast in this formulation of a Western chauvinist identity merged with Christianity. Control of women’s bodies will follow. Already the Assistant Minister for Women Amanda Stoker is speaking at anti-choice rallies and George Christensen has introduced an anti-abortion bill.

Christian motifs are combined with misogyny, and bigotry in a twisted nostalgic conception of Western civilisation by white supremacists. Anti-semitism is just as present as Islamophobia. The crusades and the Protocols are part of the iconography in their mass murderers’ manifestos.

It is not surprising that the Christian right is sometimes named the “Christian Taliban”. The fear and loathing of non-straight gender and sexuality is shared. The desire for absolute control over women, but most particularly women’s sexuality is indistinguishable. Indeed, a number of Republicans at the time of the West’s retreat from Kabul were asking whether America hadn’t been supporting the wrong side.

Islamofascism is a recognised feature of Islamist states, with harsh fates for rejected categories of people. It is easy for the rest of us to ignore the Christofascism that is coming to mark our own nations.

Persecution of marginalised groups is enshrined in the religious freedom bill, and we must reject that alongside all normalising of fascist politics.