Getting past the champagne corks: the complexities of the Israel-UAE deal (NY Daily News14.8.2020)

So much of President Trump’s foreign policy has been sleight of hand illusions — what you think you see is not what you get — that it is hard to take seriously any announcement of a major diplomatic achievement. This is the dilemma in assessing the announcement that Israel and the United Arab Emirates have decided to start a process of normalization.

It appears to be a win-win-win — that is, the two parties and the United States, which helped broker the arrangement, appear to benefit significantly, both politically and diplomatically. However, this needs to be subjected to more sober analysis.

From Trump’s perspective, he changed the domestic political conversation for a few hours — away from the slog of COVID-19, the economy, whether to reopen schools, and how to gut the U.S. Postal Service, while highlighting a diplomatic achievement. The planned photo op will represent for Trump a welcome relief from the criticism he is facing across a wide array of challenging problems.

But the Israel-UAE relationship doesn’t change the substance of what Trump has been doing in the Middle East. He has fathered a truly awful “peace” proposal, has cut off ties and punished the Palestinians, and has left the region confused as to whether the United States will continue to be a player, or will cut and run. Trump cannot possibly believe that the UAE, a country that punches above its weight class, can carry him to wider diplomatic success in the region.

Netanyahu can use this purported agreement to temporarily calm the increasingly roiled domestic political waters in Israel. The Israeli right wing will blast the prime minister for suspending annexation of parts of the West Bank, but Netanyahu can parlay this right-wing animus to pivot a bit toward the center, thus positioning himself for the inevitable election he will maneuver into before having to hand over the reins of power to his so-called partner Benny Gantz.

Indeed, by setting aside annexation, Netanyahu can crow about receiving a tangible diplomatic reward by not doing what nearly everyone in the world wanted him not to do. In the process, Netanyahu has also avoided a potential clash over annexation with Joe Biden, should Biden win the presidency.

The Emirates leadership will have the most difficulty arguing the benefits of this deal to the rest of the Arab world. For many years, the Emirates have joined other Arab states in clandestine relations with Israel focused on security and intelligence cooperation. The reality of these ties was the worst kept secret in the region, but the fact that the relationships were not formalized allowed the UAE and others to do serious business with the Israelis.

For the UAE to now bring its relationship with Israel into the open in exchange for Israel’s agreement to “suspend declaring sovereignty” over areas in the West Bank seems like a very weak bargain. To be sure, the UAE’s ambassador to the United States signaled this in an op-ed in the Israeli press — that Israel needed to choose between annexation and normalization — but now that the deal is done, the UAE is left holding a seriously weak hand.

The Emirates will face at least three dilemmas. First, does this agreement help or hinder its pretensions to regional leadership, with Emirati forces fighting proxy battles elsewhere in the Middle East? Second, does this give the Emirates a free pass regarding the credible accusations of human rights abuses that have been leveled in recent months? And what will the UAE do if, perhaps when, Netanyahu decides for domestic political reasons that he needs to annex parts of the West Bank after all?

I do not believe there is a word in Arabic for freier, or sucker, but the Emirates leaders might want to think about that the day Netanyahu proceeds with annexation.

The clear losers in this development are the Palestinians. Following emergency meetings, the Palestinian leadership termed the Emirates’ decision an act of treason and withdrew the Palestinian ambassador. The Palestinians had longed believed that the Arab states would remain committed to the 2002 Arab Peace Initiative, which laid out a reasonable set of peace process positions and promised normalization with Israel, but only after a Palestinian-Israeli peace agreement had been reached. By jumpstarting normalization before peace had been achieved, the UAE turned its back on this initiative.

Finally, Iran, while not quite a loser in this equation, now faces a more complicated strategic picture. Iran’s nuclear and regional ambitions helped to stimulate the secret relations that Israel and some Arab states have been developing for years. The Iranians thought they had achieved a measure of strategic advantage by supporting Hezbollah and proxies in Syria, thereby threatening Israel’s presence in the Golan Heights. With the Israeli-UAE relationship now in the open, Iran’s calculations become more complicated.

While there are easily identifiable political next steps — a signing ceremony and photo op in Washington — there are no easily identifiable diplomatic or strategic next steps. The Arab world is likely to split over the UAE-Israeli rapprochement, leading to a flurry of meetings and leadership summits designed to provide cover for the absence of a coherent strategy. Some will look to the Omanis or Bahrainis to take the next normalization step with Israel, but this is unlikely in the absence of some meaningful Israeli gesture. Netanyahu’s domestic conundrum is such that he will be extremely wary of offering anything of substance, whether on settlements or in relation to occupation practices.

The Palestinian leadership could use this opportunity to develop its own diplomatic initiative and try to revive the Arab Peace Initiative. However, the Palestinians are beset by internal problems, not the least of which is division over succession.

So, chalk up a short-term political win for the United States and Israel; a problematic outcome for the UAE; another setback for the Palestinians; and a new ingredient in the already toxic U.S./Israeli-Iranian equation. Wise advice for now is to moderate the applause. 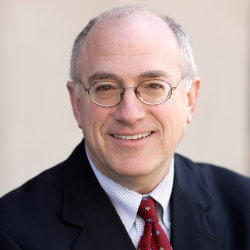