Data hesitancy: class, race, ethnicity and geography in the viral dangers of Sydney 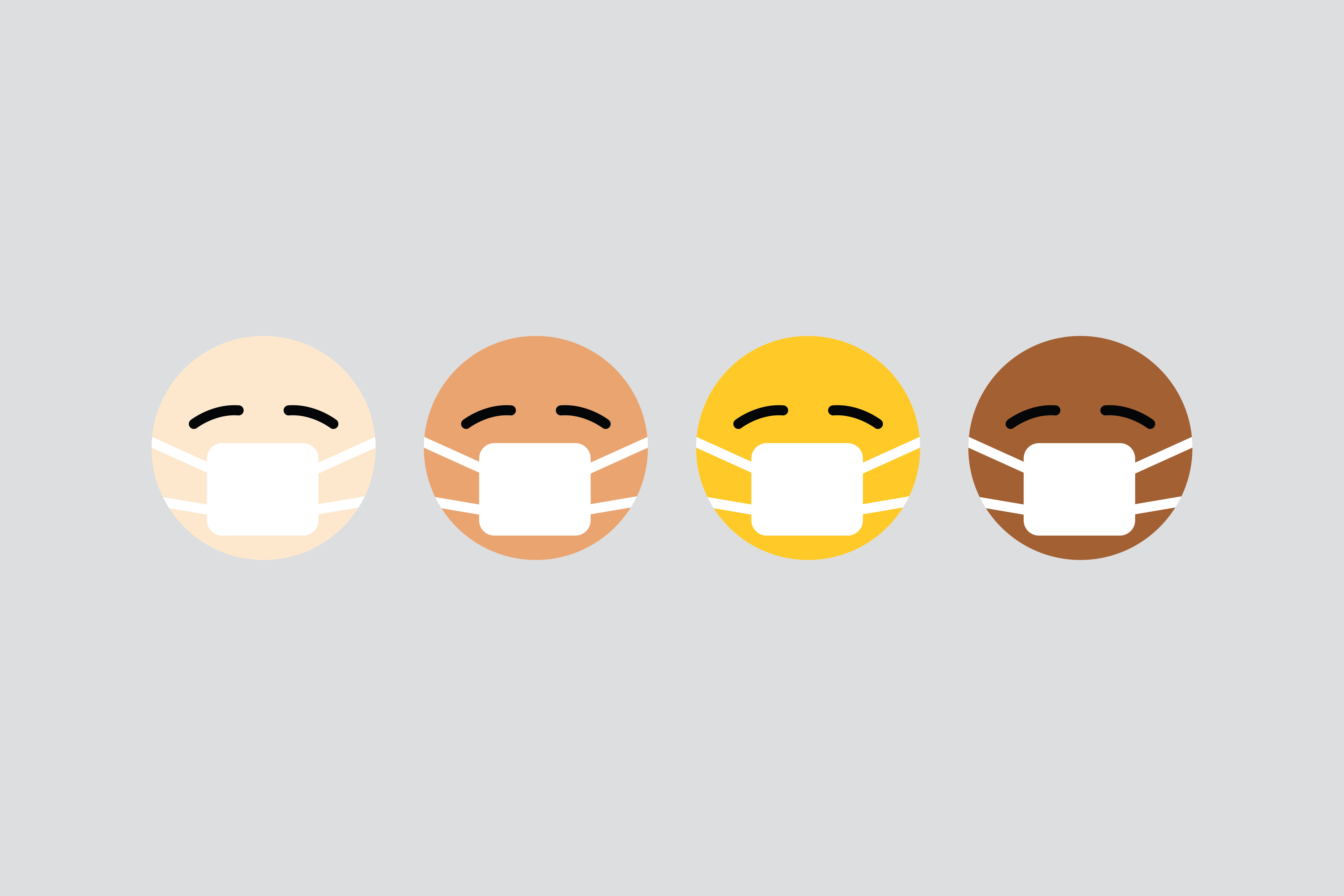 In Sydney an outbreak that started in the east, under lax surveillance and permissive admonitions poorly policed, has spread to the west where it has taken on draconian, oppressive and destructive forms in both its virology and its sociology.

Data hesitancy refers to a particular condition adversely affecting (or infecting) various political structures, when science and politics struggle for dominance. Spaces, where the data are absent, reveal fields in which politics are ahead – places, where data do exist and are used, demonstrates that science has inched ahead. In Australia, data about cultural diversity and the pandemic remain unavailable to the public, a sure signal that politics has trumped science. But it need not be the case.

There are certain “facts” that governments know in comparable countries about COVID that fall flat in Australia. In the US, the UK, New Zealand and Canada, they know that COVID affects people of colour far more dangerously than White people. In Australia we know a lot, but not enough, about what COVID does or doesn’t do to Indigenous people, because we are watching those data very closely. But we have no idea what the differences among ethnic groups are in wider Australian society, what they might mean, and what if we knew more about them, we might be able to do better to “quash” the virus.

In Sydney we are seeing how the intersection between class politics and viral interventions produces serious consequences, given the cultural geography of the city. An outbreak that started in the east, under lax surveillance and permissive admonitions poorly policed, has spread to the west where it has taken on draconian, oppressive and destructive forms in both its virology and its sociology (closely connected sciences it should be said). In the popular mind the east is White and wealthy, the west poor and coloured. While these are grand generalisations, they have some merit.

If we had known the ethnicity and language of the first carrier, an unvaccinated driver who had been contracted to ferry infected international flight crew to quarantine, it would have allowed a focus on his ethnic networks and ensured appropriate languages and messaging. However, his testing did not collect ethnicity (country of birth, language spoken at home other than English) so that by the time his test came back as positive, the Delta strain was off and running.

The jump from Bondi Junction to Hoxton Park then allowed the virus, still being chased in retrospect by four days, to enter a rich milieu of cultural diversity, languages, dialects, and health and literacy levels. The density of living arrangements, intensity of interaction in extended family situations, and the poor quality of delivery of COVID messages in community languages, contributed to the spread of the virus.

The broadcast on ABC TV of a message in Syriac Aramaic by Dr Mariam Joseph addressed to Assyrian Christians (the first group in the west to be badly affected and now with at least one death), elicited from one Chaldean viewer a comment that, “Assyrians are highly educated and understand the Covid rules..we don’t need a ‘representative’ to explain it, just like the Jewish in Bondi don’t need one..this is insulting”. However, most comments from the community shared a very positive celebration of Joseph’s message and appearance on the ABC, pleading for much wider use of community languages in public messaging.

Over a year ago I wrote two articles for Pearls and Irritations, making much the same point as I am reiterating today, and projecting the likelihood of what has indeed occurred if key actions were not taken (1, 2). I then tried to get some sort of action from either the Federal or state governments: some contacts were anxious to help but went cold when they experienced political pushback – especially in the NSW government system.

Victoria began to amend its data-collecting strategies in about November 2020, though NSW apparently did not do so, allowing the southern state to see where messages were not getting through, but leaving NSW rather more blind-sided. By December the Federal Health Department had set up an advisory group on Cultural and Linguistic Diversity, many months after similar groups on Indigenous, Arts, Aged, disability, and sports were in place.

Unexpectedly I was invited to donate my services to this Group, and have done so ever since. . It was not until February 2021 that the Commonwealth-funded GP testing clinics began to collect data on country of birth and language spoken at home, though this data was not reported publicly and made up only about 10% of tests carried out in the states. The private testing clinics that are carrying out much of the testing do not collect any ethnic data, though for Medicare card holders, that number is noted and for some people this may allow links to be made – a slow random and inefficient process if it works at all.

From the outset I was focussed on the role that the data could play in alerting and supporting local public health workers in “getting ahead” of the curve, a project that seemed feasible using new data approaches such as those I discussed in a third article in February 2021. However NSW seemed particularly recalcitrant, driven apparently by the more obviously political concerns of the state government to keep the optics right, especially as Premier Berejiklian’s contact tracing was now a “gold standard” with the Prime Minister, compared with the condemnation by the PM that Premier Andrews had endured during the winter lockdown in Victoria.

I have every respect for the front-line workers, the tracers, multicultural health and communication workers, and the community engagement people in the state agencies in NSW, but they are working with more than one hand tied behind them. Be clear, this is not derived from their ignorance, but from clear, concerted decisions made in the political process, from fear I think of generating public backlash against any ethnic communities that might appear to be more vulnerable, portrayed to be more guilty of bad behaviour, or more likely to cause problems to their neighbours. This is not an unrealistic fear, as the shock jocks have had a field day especially in Victoria, targeting African communities in public housing while other ethnic communities, especially the Chinese, have been the targets of vicious racist harassment.

From my community networks I have a fair sense of where the outbreaks were already concentrated in western Sydney, and where the next threads were likely to lead; but it would be very much better if there were real data and real pathways to make it useable to the people who need it now.

Moreover, the cultural geography of Sydney masks many other issues where ethnicity and class intersect – rates of vaccination, especially among the elderly, are much higher in the east, much lower in the west, reflecting health literacy, economic resources, education and power. The west has a much younger population, who have been held back from being vaccinated by lack of the Pfizer injectable, and have been badly affected by the Government’s own-goal caused by the catastrophic collapse of confidence in AstraZeneca.

Extended families living in overcrowded housing are multiply disadvantaged. The west is much poorer than the east, so that survival is a much more day by day struggle. The west houses a much more extensive population of exposed people, often women – health and aged and disability care workers. The west feels, or at least the public voices of local leaders and people interviewed in the media indicate, that the region has been selected for draconian “punishment” in local government area sized concentration camps, while the east still wanders around enjoying the winter sunshine.

Over the past year there have been sporadic attempts by the media to uncover what is happening in terms of ethnic communities, but the stories have been unresolved and often wrong in detail. There are regular commentaries in the mainstream and professional media decrying the lack of clear strategies to ensure the safety and engagement of the so-called “multicultural communities”, yet most of these commentaries end also in a sense of an ongoing yet unresolved impasse. The situation remains complex as the data group of the CALD COVID advisory committee, under the persistent prompting of the Federation of Ethnic Communities Councils of Australia, has discovered in its endeavours to work through the morass of complications generated by multiple levels of responsibility, data collection, administrative shape-shifting and ethical constraints. As a participant in that process I am aware of just how complex it has turned out to be.

As our society watches the virus manoeuvre through the gaping spaces in our chemical and social defences, a sort of rickety Maginot line being blitzkrieged by a flexible and fleet-footed foe, we need to realise we do have other social measures in our armoury that we have chosen, at least in NSW, not to use. If data is being collected about diversity through testing, then the collection has not occurred in a systematic and useable way; the data collected in the infection notifications arrive far too late to allow much to be done, as far as we can see. It really helps that, in order to message and support people effectively, there is a sense of the language, culture and local networks that will be most efficacious in making contact and ensuring uptake, while helping to better predict transmission pathways.

The ethnic communities of our cities widely recognise that an effective vaccine may both protect individuals and families and allow normal life to re-emerge. Of course, some people hold out hope for their own country of origin’s panaceas (for instance, Sputnik or Sinovax), though the overwhelming majority now anxiously await the widespread distribution of Pfizer and its availability and ease of access. Unfortunately, the most significant victim thus far of the virus may well be trust in the political system to recognise realities and protect the population without regard to race, ethnicity, class or religion. That trust has to be rescued.

The take away from this story should be that much still can and should be done to identify where the virus is spreading, who has missed out on testing, and how we can most effectively get both the message and reality of the precautions and vaccine to people everywhere.  The testing process and the vaccination roll out are two arms of a composite strategy, which might be able to work together more effectively if both collect data on cultural and linguistic diversity. Together they could help to quash both the virus and the data hesitancy that continues.

Andrew Jakubowicz is Emeritus Professor of Sociology at the University of Technology Sydney.