DAVID DODWELL. Keep Calm and carry on amid the current state of the trade war, for time is on China’s side. (South China Morning Post 16.9.2018)

Having mulled this conundrum carefully over the weekend, and without any attempt to discover what Beijing’s leaders might do, I have decided to imagine a secret internal memo from Liu He to Xi Jinping and the Beijing trade team.

“Dear Sir,
It has come to my notice in the UK, as their leaders wrestle with challenges to their relationship with the other 27 members of the European Union, that their people – and indeed their political leaders – take great comfort in a single guiding thought that seems to appear on many T-shirts worn across the country: “Keep Calm and Carry On”.

As we consider our most constructive response to our Washington counterparts, I see some merit in this guiding thought.

There is merit in patience, and a measured response. When invited to engage in trade discussions, we should graciously accept – but without any real expectation of material progress.

Because of course, at this time, just six weeks short of important US Senate and Congressional elections, the politically proper and inevitable priority for President Trump and his team is to secure the best possible outcome for his Republican Party. Nothing of substance concerning trade between our countries can be achieved during such a period.

My own counsel would be to take nothing too seriously, to take your time, and as far as possible try to resist the temptation to retaliate. The harm being done to US companies and consumers should be seen as the result of US actions, rather than reactions reasonably being taken by ourselves.

At all costs, and taking full account of your robust endorsement of multilateralism and the importance of rule-based trade in Davos 18 months ago, we must avoid reaching any agreement that can be seen as unilateral. That would simply reinforce 18 months of seriously bad behaviour by the US administration, and attract reasonable criticism from our many other trading partners.

Instead, I can see a number of valuable initiatives that can be taken in the coming months that would not only draw attention away from the daily “entertaining distractions” streaming from the White House, but also give substance to our newly minted commitment to multilateralism.

Most important, our strategic priority should be to woo Japan, as the leading voice in the recently created Comprehensive and Progressive Agreement for Trans-Pacific Partnership (CPTPP), and the European Union, to address the detailed concerns of international businesses trying to build a presence in our economy.

To base such an initiative in Geneva, and to invite as observers the 15 member economies in the Regional Comprehensive Economic Partnership (RCEP), would give such a plurilateral discussion a strongly multilateral flavour, and would make eventual transition to a truly multilateral agreement so much easier. No doubt, at some point, our US friends could be invited to join. 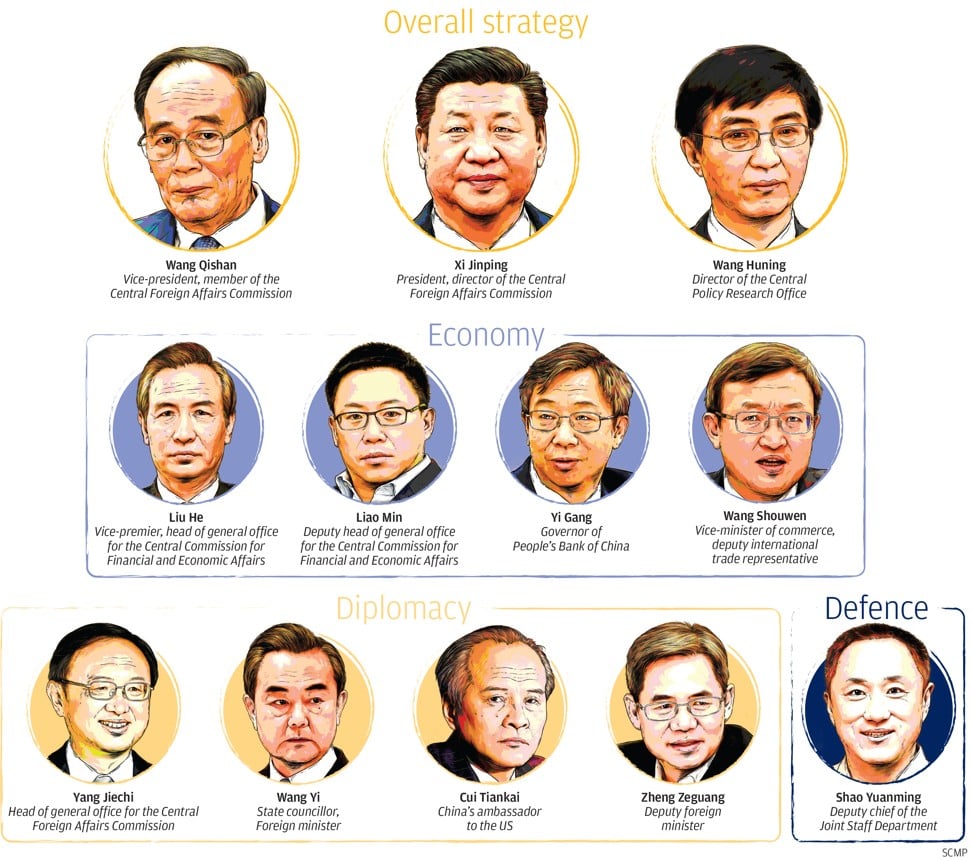 To launch such an initiative would of course require that we address seriously and substantively the concerns being expressed by many international companies seeking to build a presence in our market.

Some complain – often with ignorance of the acute need for caution as we open our economy – that our verbal support for liberalisation has not yet been matched by enough real actions.

The US and European Chambers of Commerce in Beijing have provided a reasonably detailed template of concerns around which to launch discussions. They would focus not on the red herring of tariffs on goods trade, but on services and behind-the-border barriers to trade, of course including Intellectual Property protection, issues of foreign investment and local establishment, and what some believe are too muscular pressures to transfer new technologies.

We will no doubt also need to address concerns about the role of our state-owned-enterprises (SOEs). But since the private sector has been by far the strongest driver of growth in our economy over the past two decades, I believe this problem will solve itself in time.

In the coming months, there are numerous opportunities for us to build the foundations for this initiative, starting with this week’s “Summer Davos” in Tianjin, and with Japanese Prime Minister Shinzo Abe’s planned visit to Beijing next month.

We then have our International Import Expo in Shanghai from November 5, at which we will be able to talk to the world about how our economy is open for business.

You are then scheduled to attend the Asean leaders’ summit a week later, and the Apec leaders’ meeting in Port Moresby on November 17.

These should provide excellent opportunities to explore the plan for a broad multilateral liberalisation initiative – not least because Mr Trump has helpfully announced that he will not attend.

By the time you return from the Apec leaders’ meeting, the dust will be settling around the US midterm elections, and we will be able to see more clearly what strategic direction the US may choose to take.

Meanwhile, as we have already agreed, it will remain important to press ahead with our own core plans for development, as outlined in our “Made in China 2025” programme: focusing on key technology improvements, bringing higher-value-adding skills and services into our economy, and continuing to build the efficiency of our infrastructure. It would be undiplomatic to trumpet too loudly this commitment, so for the time being, perhaps the less said the better.

‘Made in China 2025’: is Beijing’s plan for hi-tech dominance as big a threat as the West thinks it is?

Finally, there are a number of other useful initiatives being launched, where we can discretely lend our support. For example, I understand the EU is poised to table proposals for a “reset” for the moribund World Trade Organisation ((WTO).

In this context, of course we should thank US Treasury Secretary Steven Mnuchin for his invitation to talks in Washington, and participate politely while taking our time.

For one reason or another, I believe we have time on our side.

David Dodwell researches and writes about global, regional and Hong Kong challenges from a Hong Kong point of view