Democracy is an endangered species.

Democracy is an endangered species. What was recently the world’s dominant political model risks becoming a curio by mid-century. Authoritarian rule, with populist and nationalist flavours, will likely define our children’s futures.

If that sounds like hyperbole, take a quick survey. Sure, China and Russia have only ever paid lip service to democratic rights, but Presidents Xi and Putin have both effectively designated themselves leaders for life, removing any pretence of popular sovereignty. More worryingly, countries that embraced democracy not twenty years ago are now ruled by authoritarian strongmen: Brasil, Turkey, the Philippines, Hungary, and to a lesser extent, India and Poland. These are not tin-pot dictatorships, but significant regional powers.

Most frightening is what has happened to the United States and Britain. After victory in WWII, these two nations entrenched democracy across the West and when Soviet communism fell in 1989, they worked to extend it worldwide. As recently as 2003, the US invaded Iraq on the pretence of embedding democracy.

That lip service has long gone. The US is no longer interested in advancing democracy, but Making America Great Again. Its democratic institutions are faltering. President Trump uses the military to clear protesters for a photo-op. Joe Biden seriously countenances using the military to remove Trump from the White House, should Biden win the election. All this, to say nothing of the attacks on media and the courts, nepotism and strategic voter exclusion that are now daily fare in the White House.

Britain is experiencing similar dynamics. Boris Johnson asserts in the face of all evidence that the UK’s coronavirus response is “world beating”. The Dominic Cummings episode highlights how political figures are above the rules they set for everyone else. Brexit was secured on the indisputable lie that the NHS would save £350 million a week.

So that leaves Western Europe, Japan, Canada, Australia and New Zealand as mature, functioning democracies. Mexico, South Africa and South Korea are more recent additions to the fold. If any of these slide into autocracy, global democracy will be sidelined even further.

Two main factors have driven this dramatic reversal. First, the decline of objective truth. We all know about “fake news” and the corrosive impact of deceitful social media campaigns. But democracies are now losing their ability to establish a baseline of agreed facts that allow decisions to be evaluated and resolved.

After WWII, an American diplomat George Kennan wrote from Moscow: ‘The very disrespect of Russians for objective truth – indeed, their disbelief in its existence – leads them to view all stated facts as instruments for furtherance of one ulterior purpose or another.’

This describes perfectly the affliction that befalls democracies today. The groups we’ve traditionally relied on to establish facts – scientists, journalists and the courts – are under deliberate attack.

This gives cover to politicians willing to distort facts and manipulate government agencies to their own ends. And it leaves open questions that can be continually contested. Did a Cabinet Minister alter an official document to attack a local council? Did Dominic Cummings need to test his eyesight? Is it common practice for the Federal government to pursue trials so secret their very existence can barely be reported? If the answers to these can’t be factually established, what hope for a settled fact base on climate change?

The second factor at play is that capturing a democracy is now a straight commercial opportunity. Money in politics is nothing new, even if lobbying has grown more pernicious. Authoritarian governments have long been in the business of enriching themselves, but now some see that same financial potential in democracies. Donald Trump is unashamed in using levers of state to profit his family businesses. In Hungary, Viktor Orban’s childhood friends are now multimillionaires. In Turkey, so are President Erdogan’s family. The more often this happens, the more attractive the subversion of democracy appears.

At present, Australians take for granted that democracy will remain a force in the world. But we are like the frog in a boiling pot – unaware before it’s too late. The risk is that our major allies’ democratic commitment is fading, leaving fewer voices to champion rule of law and universal human rights. We see this fading commitment when the United States sanctions officials of the International Criminal Court (ICC) for investigating war crimes in Afghanistan, or Britain’s government seeks to prorogue Parliament in defiance of its courts.

Currently Australia is walking a fine line, observing some democratic norms and ignoring others. Internationally, we’ve been true to our values by suggesting safe havens for Hong Kong residents fleeing Beijing’s crackdown. On the other hand, we’ve tried to prevent the ICC investigating war crimes in Palestine. We’ve largely maintained free and fair elections and judicial independence, but when the prosecutorial pursuit of a journalist is more vigorous than, say, a Cabinet Minister, we should heed the warning signs. Democracy is in a fragile state – don’t take it for granted. 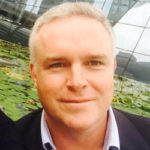 David Hetherington is a Director and Senior Fellow at Per Capita and Executive Director of the Public Education Foundation. He has written extensively on inequality, fiscal policy, employment, education and training, disability, housing, and climate change.

His work has been published or cited in The Economist, The Guardian, The Sydney Morning Herald, The Age, Quartz, The Australian Financial Review, and The Australian. David has been an expert witness to Parliamentary Committees and frequently speaks at Australian and international conferences, including CHOGM, the Banff Forum and the Progressive Governance Summit.