The imposition of what is termed ‘managerialism’ or ‘marketisation’ on universities is almost entirely disastrous. 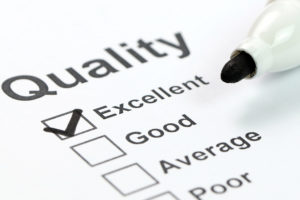 So here is a question. Why are academics so passive when their working lives are being immiserated by the imposition of ideas, mostly derived from business or economics, that are either patently false or poor? Why, when a little research or analysis would show these notions to be largely ridiculous, do they allow them to shape their academic life?

First, a little personal background. This writer, who has a PhD in English literature, has had the opportunity — or perhaps misfortune — of having interviewed many of the world’s so-called ‘best’ economists and business theorists. I have never met a single one whose intellectual development, even basic grasp of semantics, comes close to those who taught me in literature at university.

For instance, when I explain to someone from a literary academic background that a phrase like ‘financial deregulation’ is logically impossible because finance consists of rules, the point is understood in a matter of seconds. When I say that to economists I am invariably met with blank looks and incomprehension. Economists, it seems, are not trained in semantics (the meaning of words); they simply absorb what they are told. Critical thinking is avoided and circular logic enthusiastically embraced.

Similar sorts of shortcomings are evident in business and management theory (which this writer covered as a journalist for over 20 years). Apart from total quality management (TQM) — a mix of statistical insight and work place democratisation that was used to transform Toyota — no management theory has been anything more than a fad.

Especially pernicious is quality assurance, a conversion of TQM into an autocratic system. It was shown by business in the 1990s to be hopelessly counterproductive and wasteful. Instead of cutting expenses by anticipating quality problems, as is the case with TQM, quality assurance involves extensively documenting quality problems after they happen. That is why secondary teachers, subjected to quality assurance methods, find themselves spending hours photocopying in triplicate their students’ essays – because a senior bureaucrat in the Education Department has completed an MBA and thinks he or she has actually learned something.

Even more ridiculous is using quality assurance with tertiary scientific research. How is it possible to document, in advance, the quality of the research outcome when, by definition, it is not known? In truth, a word such as ‘quality’ is thrown around aggressively as if it has a meaning, but in most cases it does not. It is simply a noise used by powerful dullards to justify high salaries.

“With education, value is necessarily determined by the provider, teacher. The teacher knows what needs to be learned and the student does not. To say that a student is a consumer is to misunderstand what a student is.”

Another word that is commonly used with universities is ‘marketisation’, which in Britain is actually official doctrine. Students are to be treated as consumers and universities as businesses competing for their custom. As Stefan Collini notes, the anticipated returns from the labour market are seen as the ultimate measure of success.

It is nonsense. Students are not consumers, because the relationship between them and the teacher is the opposite of that between a consumer and a business provider. In a business transaction, value is determined by the consumer, the receiver: will they pay for the product or not? The business may be able to use various methods to influence the perception of value, but in the end the buyer decides.

With education, it is the opposite. Value is necessarily determined by the provider, teacher. The teacher knows what needs to be learned and the student does not. To say that a student is a consumer is to misunderstand what a student is.

Such language trickery, or stupidity (it is never quite clear which), results in Alice in Wonderland absurdities, such as assessing tutor performance by polling students — as has become routine in Australia — or assessing the quality of the teaching against either the employment record of graduates, or measures of how few students drop out. As Collini notes: ‘These are obviously not measures of teaching quality; neither are they things that universities can do much to control, whatever the quality of their teaching.’

So, here is the question again. Why, when a little research and logic by well trained academics (especially from the humanities) would easily expose just how ridiculous these notions are, do they allow themselves to be cowed? True, it would require some collective action, and academics are not noted for their collegiality or ability to work together in a common cause (far from it).

There will need to be a little unravelling of the technical language of economics and business. It will also require some imagination: how could the purveyors of these frauds get away with it for so long?

But if tertiary education is to be saved from this plague, academics should do something together: fight back against illogic and language abuse that profoundly degrades their vocation. It might reverse the trend of ballooning numbers of administration jobs at the expense of academic positions — which, in effect, privileges the monitors of the education over the providers of education.

The cost of inaction is high. Academics in English literature, in the 1970s and 1980s, supinely allowed a string of ‘isms’ from other fields, mostly politics and social sciences, to destroy the discipline. Now, it does not really exist. The message should be clear: in their own interests, academics should at the very least publicly ridicule their oppressors.

This article was published by Eureka Street on the 13th of June 2018. David James is the managing editor of businessadvantagepng.com. He has a PhD in English Literature and is the author of the musical comedy The Bard Bites Back, which is about Shakespeare’s ghost.