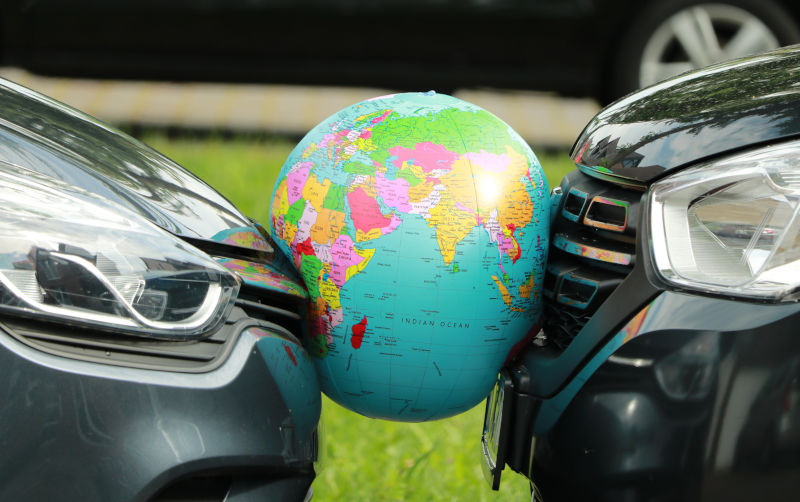 The survival of democracy depends on checks and balances, the possibility of corruption being exposed through an Independent Commission Against Corruption (ICAC) which will provide a vital check on rorting of the environment.

The word rort is now in frequent use in the media with the political distribution of car park and sports grants most in the public eye. In the words of Stephen Charles QC in the Sydney Morning Herald “Pork-barrelling is not only political corruption, it is a breach of the rule of law and an assault on our democracy.” He concludes the truth is Morrison and his cabinet are frightened of an effective integrity commission, and what it might expose, and they have very good reason to be.

But car park and sports rorts may well be inconsequential compared to the rorts likely to threaten two of humanity’s life support systems, the need for a stable climate and the services provided by our natural environment.

Indeed it seems inconceivable to rational thinkers that many of the Government’s destructive environmental decisions made over the past 3 years could be based on ignorance alone; there is a pattern of behaviour that suggests they are not and may fall within the aegis of a national ICAC once this is formed.

In analysing these events we have to be even more aware of the world wide influence of the fossil fuel industries on all levels of governance documented in many countries by non-government organisations and some of the media, for example Pearls and Irritations with its series on Lobbying. The influencers and lobbyists have such power they have become an identifiable but murky industry immune from government control. Indeed these activities have suddenly become even more concerning with information from an academic peer reviewed study of the activities of The Global Climate Coalition (GCC) which engages in four distinct activities to obstruct climate action: 1) monitoring and contesting climate science, 2) commissioning and utilizing economic studies to amplify and legitimize their arguments, 3) shifting the cultural understanding of climate change through public relations campaigns and 4) conducting aggressive lobbying of political elites.

The GCC has successfully worked to influence and downplay the findings of the United Nations Framework Convention on Climate Change (UNFCCC) — for example by pushing for voluntary action as the key to reducing emission as a way to pre-empt government regulation including in the recent final version of the IPCC working group 3 summary for policymakers.

Analysis by scientists of the final report for Policy makers indicated it was “alarmingly reserved, docile, and conservative.” In effect the science had been modified by governments.

Consequently, thousands of scientists have been energised to form an international “Scientific Rebellion.” They say “The science has never been clearer: to have any chance of retaining a habitable planet, greenhouse gas emissions must be cut radically now. Limiting warming to 1.5°C and responding to the climate emergency require an immediate transformation across all sectors and strata of society, a mobilization of historic proportions: a climate revolution.” and “The IPCC [has] avoided naming the major culprits for 30 years, which is one reason for the absence of real emissions cuts,…. facts detailing the complicity of the world’s richest countries in fuelling the climate crisis have been watered down by the IPCC’s political review process.”

The Rebellion has developed a disobedience campaign during which Peter Kalmus a notable climate scientist was arrested for locking himself in a building of JP Morgan Chase which funds new fossil fuel projects. He writes “I’m a climate scientist and a desperate father. How can I plead any harder? What will it take? What can my colleagues and I do to stop this catastrophe unfolding now all around us with such excruciating clarity?”

Like other fossil fuel producing nations there is evidence that Australian policy is greatly influenced by the industry even to the extent of the commercial display of the Australian gas industry in the Australian government pavilion in Glasgow at COP26, a gross lack of judgement considering Australia then failed to join over 100 countries to sign up to the pledge to reduce methane emissions by 30% by 2030.

In the past 3 years when the government of Australia has promoted and subsidized gas exploration against all scientific advice on our commitments to reduce green house emissions, there have been many questionable decisions that might come under the aegis of a national ICAC with retrospective powers.

Foremost might be the proposal for $1.5B for a gas export terminal in Darwin for the benefit of several gas companies currently developing proven reserves in Australia and subsidised with $50B together with possible links between the Liberal Party and some of these companies.

In addition there are many approvals given for coal mining which appear to override Australia’s weak laws on environmental protection.

Within the environmental sphere, deep concern has been expressed about the government’s carbon farming abatement scheme, now assessed as a fraud by a leading scientist Professor Andrew Macintosh. If this is so, it has implications for both climate change commitment and environmental sustainability.

The National Water Grid Advisory body, established two years ago to provide independent expert advice to the Government on water infrastructure policies was recently abolished to pave the way for political commitment to dams. Pork barrelling is also occurring with the Environmental Restoration Fund.

“The real battle will be around assuring that such a federal agency (an ICAC) is given the appropriate jurisdiction, sufficient funding to ensure its independence and its efficacy, and the necessary powers to do its job. We cannot afford anything less”.