DAVID SHEARMAN. After Covid-19 the ‘New Normal’ must have ‘Real Universities’ acting on the Climate Crisis

The Market Forces UniSuper divest campaign details continuing UniSuper investments in fossil fuels despite many concerns expressed by academics and despite the progressive climate change crisis. Do the Universities have responsibilities?

When Market forces asked me about the health and environmental consequences of these investments I opened my well thumbed copy of “The University in Ruins” (1997) by Harvard Academic Bill Readings.

Readings was concerned about diminishing freedom of thought in the Universities and used an analogy which would be well understood today, the progressive shrinking of the old-growth forests in the United States.

“One can ask how many philosophers or redwoods are required to preserve the entity and its biodiversity. Each call for compromise between loggers and environmentalists means more forest is felled. Each interaction between administration and the academic leads to less freedom of thought in the universities. The point of no return is unclear and in environmental matters we enunciate the precautionary principle. In the universities the precautionary principle for the freedom of thought and for thought itself is not applied”.

Today in Australia one could be forgiven for thinking the word ‘University’ is synonymous only with the vast monetary income from educating foreign nationals and with the supply of qualified personnel to national industries and commerce.

The Board of UniSuper seems divorced from their obligations in the current interrelated national and international emergencies of climate change and biodiversity loss. This has been tolerated by the Universities.

Let us look at the local and international health and environmental harms of the many UniSuper investments in the fossil fuel industries.

The local harms are epitomised by the New Acland Mine owned by New Hope. In 2011 residents, mainly farmers, in the surrounds of the mine in Queensland complained of dust, air pollution and noise above accepted levels, that environment management was poor and there was excessive water use. These health impacts were detailed here

Little was done within the very poor regulatory and monitoring system in Queensland and in 2017 the communities took New Acland Coal Pty Ltd to the Land Court and the Court’s Judgement, 450 pages of condemnation of environmental regulation causing human and environmental harm over 15 years, was delivered.

“The principles of intergenerational equity are breached in at least one regard by the proposed revised Stage 3, with the potential for groundwater impacts to adversely affect landholders in the vicinity of the mine for hundreds of years to come.

In conclusion, over six years this company had trampled on the complaints and health concerns of the local residents”.

The Acland mine is one of many coal mines and hundreds of gas mines in the Surat and Bowen Basins which in my assessment are slowly rendering this environment unsustainable through excessive water usage,

an issue recently documented for Australian coal mines by Ian Overton and the ACF.

Several other investments in coal mines by UniSuper cause similar harms to local communities and the environment.

Furthermore their investments in Woodside and Santos gas (methane) production are crucial in Australia being the world’s largest gas producer and an important cause of failure to control international greenhouse emissions.

This issue is now in focus after the King Review and formation of the National Covid-19 Coordination Commission with a gas industry chairperson indicating likely additional development of gas reserves and the involvement of taxpayer funds. One might expect that the Universities would have a view on this potential expenditure when government has refused to assist their own financial crisis.

The methane leakage from Australian gas production is also largely responsible for the rise in domestic emissions of methane which will compromise our commitment to the Paris agreement.

It is therefore appropriate to repeat the question raised by Readings in 1997 “to whom or what is the University accountable?” He believed the University had been captured by the ideology of economic globalisation to the detriment of thought and there would be no return.

With co-author Joseph Wayne Smith we expressed a reformist view in “The Climate Change Challenge and the Failure of Democracy” (2007) commissioned by the Pell Center for International Relations and Public Policy. We defined a “Real University” and its purpose.

“The Real University will further the fundamental needs of the world’s people, peace, equity, relief of poverty, creation of health and care of the environment by means of knowledge and wisdom. The advantage of this definition is that it makes disciplines such as science, economics etc subservient to humanity’s needs. They will be the tools of wisdom together with languages, arts, history and philosophy”.

This assessment of democratic failure was made in the Howard era and is summarised here. Alas, thirteen years later the failure of democracy to address climate change is even more apparent in Australia.

Nevertheless, like the rest of society the Universities will soon be moving to “the other side” of the Covid pandemic, a time opportune to reform, thinking and expression of truth, a time for the Real University to be considered.

Perhaps the Board of UniSuper, all eminent individuals in their area of expertise, could urgently seek facts from eminent academics versed in the social, health and environmental harms from fossil fuels as a basis for divestment; this would be their contribution to reform on “the other side”.

UniSuper must understand that like all other members of society academics wish to help assuage the impending climate and biodiversity crises. It is not enough to have an option of a sustainable and environmental alternative when there is compelling evidence of the harms conferred on humanity by their investments.

We need every section of the community to play a part in addressing the climate crisis and the Universities must surely lead. 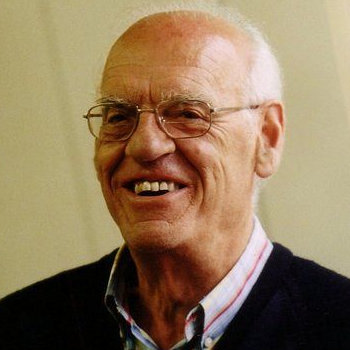