Its time to think about – and plan for – what will be on the other side of this coronavirus bridge the Prime Minister keeps talking about. It may be 12, 18 or 24 months away, but the thinking and planning for life after COVID-19 should start now. While our political and economic minds are wide open to ideas we wouldn’t have dared contemplate before the virus hit us. Now, while the government can provide free child care without being, or being labelled, communist.

The war-time analogy has been much used during these days of the virus. So it is appropriate to recall the way Australian and British Governments looked through that genuinely existential crisis to plan what would be on the other side.

In Australia the Labor Party Government established a Department of Post-War Reconstruction in December 1942 with a wide brief covering such matters as new social welfare payments, working with the states to provide housing and hospitals, developing policies to move to full employment and planning for the eventual demobilisation of the armed forces. The Department was headed by Dr Nugget Combs but was abolished after the election of the Menzies Government in 1949.

In Britain planning began more than a year earlier with the creation of an inter-departmental committee in mid-1941 headed by William Beveridge, which aimed to look at social insurance and similar government welfare schemes. The Beveridge report proposed to expand and change the nature of national insurance in Britain. It was largely opposed by the Conservatives, led by Winston Churchill, and its welfare state proposals, including the creation of the National Health Service, were only implemented after the election of the Labour Party in 1945.

Our circumstances now are very different from those in wartime Britain and Australia. The people in both countries had suffered severely through the great depression. In Australia, unemployment reached 10 per cent in 1930, had more than doubled two years later, and had only just returned to 10 per cent five years after that. Governments in that age provided very little support for those without jobs.

During the war, many of those who were not conscripted into the forces were forced to work in factories and elsewhere to aid the war effort – producing munitions, transport, clothing and other essentials. The civilian population contributed in other ways too. Food – tea, sugar, butter, meat – clothing, petrol, tobacco and liquor were all rationed – and rationing continued for varying periods after the war, the last not ending until 1950.

Governments drew up plans to demonstrate that life would be better for people when the war was won: that the sacrifices, the hardship, the restrictions imposed on people would be rewarded. Life wouldn’t just return to the pre-war normal.

In 1941 Prime Minister Menzies said, ‘When this war is over I am not looking for a restoration of old privileges and of old possessions. There must be no looking back to what was in many ways an unjust state of society…’

Conditions would be much better – more work, better health services, improved and expanded social services. Australian voters in 1946 approved a massive change to the Constitution, to allow the Commonwealth to provide ‘maternity allowances, widows’ pensions, child endowment, unemployment, pharmaceutical, sickness and hospital benefits, medical and dental services (but not so as to authorize any form of civil conscription), benefits to students and family allowances’. The bit in brackets was inserted to persuade Menzies and his Liberal Party not to organise a ‘no’ vote in the referendum. Some of these payments were new, but pharmaceutical benefits got a specific mention to overcome a High Court decision.

Seventy years and more later we face an entirely different situation. Ours is not unprecedented in terms of the hardships that people faced then and now. But the nature of the threat – to health and our economic circumstances – are very different. And the ability and the willingness of governments to respond beyond comparison. But not unprecedented: think the Rudd Government and the GFC.

The scale of the Morrison Government’s response to this crisis is more massive than the government itself contemplated even a month ago. As for being ‘back in the black’, the notion that achieving a balanced budget could have been the ultimate political ambition has surely been destroyed.

And that opens the way for politicians and public servants and voters to recast their policy ambitions.

Unfortunately, this opportunity has already been rejected by the Prime Minister, on his own behalf and that of his government. Last week he said, ‘There are not structural changes here. There is a snap back there, a snap back to the previous existing arrangements on the other side of this. And so there is an intensity of expenditure during this period. And then we have to get back to what it was like before.’

This means that any planning for a better future will have to originate elsewhere. At a political level, this could be through the national cabinet, overriding the objections of the Prime Minister. This would be unfortunate in that there are some really talented and thoughtful people in the Commonwealth public service who could contribute to such an exercise. On the other hand it would drive home one of the lessons from our current experience that not all wisdom resides in Canberra.

David Solomon is a former political and legal journalist. 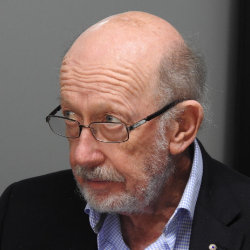