There has been for some time an air of inevitability about the extensions to the Australian War Memorial, a project announced on Thursday by the Prime Minister and Memorial Director, Dr Brendan Nelson. Serious questions remain, however, about this grandiose undertaking, which is known irreverently to some observers as the Brendanbunker and could be seen as a legacy of Dr Nelson’s term.

Director Nelson has been talking for more than a year about his desire to extend the Memorial. He has made good use of a number of platforms, including Senate Estimates, to put the case. He has chaired an interdepartmental committee representing all interested departments and authorities and he has made sure the Opposition, as well as the Government, is on side.

The project now announced will cost just under $500 million, spread over nine years, and will include completely redesigning the Memorial’s lower ground floor, a new underground exhibition space to display large items such as helicopters and jet fighters, a live feed of current Australian Defence Force activities, and pictures of other memorials throughout the country. The extended Memorial will be 80 per cent larger and the existing Anzac Hall will be demolished after less than 20 years of service.

Here are some questions about the project that should have been asked already and which are still worth asking:

Dr Nelson’s current term as Director ends on 30 May 2019. Recently, he approvingly quoted an unnamed visitor to the Memorial: ‘whatever the government spends on the Australian War Memorial … will never be enough’. That attitude rather makes a nonsense of accountability processes in government. In Senate Estimates recently, Labor’s Alex Gallacher asked Dr Nelson whether anyone ever said ‘No’ to him. Dr Nelson avoided the question but today’s announcement brings it to mind. If nothing else, the extensions will be an expensive legacy of its formidable Director.

* David Stephens is editor of the Honest History website (honesthistory.net.au) which contains many posts on the Memorial’s extension plans. Use the site search engine with terms like ‘extension’ and ‘bunker’. 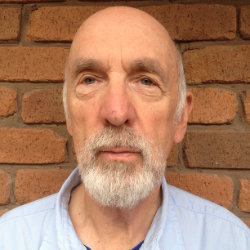