Dear friends: a notable Australian thinker looks to a better 2022 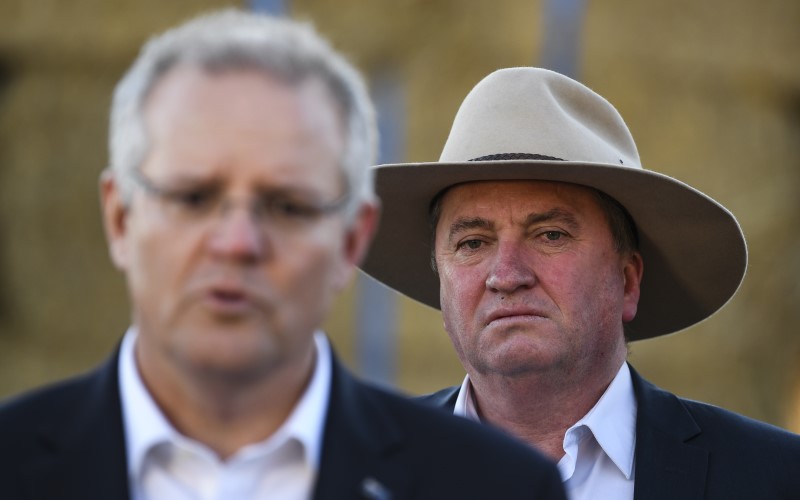 This is an extract from the ninth Christmas, Hanukkah and New Year message of the former Labor MP, science minister and national president of the ALP.

The year 2020 was bad enough, but the cumulative effect of  another Covid year, with the prospect of a third coming up, was debilitating, and shook many comfortable assumptions we might have had about an ambitious commitment to improve the state of the world.

Loss of face-to-face contact, increasing reliance on digital communication, the grave threats to education, especially universities, the arts and creativity generally, the ABC, were all profoundly disturbing.

On the positive side, the dedicated work of medical scientists, health professionals generally, was outstanding, even inspirational. We have good reason to be grateful for dedicated and courageous journalists, and researchers generally, who often told people what they did not want to hear, and paid a price for it.

The year 2021 marked the 20th anniversary of the attack on the Twin Towers in New York by al-Qaeda on September 11, 2001, an event which changed the world profoundly.

Democracy faces its greatest existential crisis since the 1930s. Hitler used democratic forms to come to power in Germany but rejected the democratic ethos. What is sometimes called ‘the Enlightenment project’ has come under sustained attack in the United States, much of Europe, and to a lesser degree, so far, Australia.

There has been a sharp crisis of confidence in democratic practice, and the quality of leadership, in the US, in the United Kingdom, France, Italy, Austria, Poland, many other European states, Russia, Turkey, much of South America, and virtually all of Africa.

The global scene was marked by the rise of rightist, nationalist, anti-immigrant and protectionist parties, authoritarian rule, corrupted elections, the emergence of kleptocratic rulers, suppression of free speech, suspension of the rule of law, resort to violence and adoption of the surveillance state.

Democracy is under internal threats with the rise of populism, nativism, decaying institutions, with corruption accepted as normal, with vested interests setting agendas, leaders who refuse to be accountable for their actions, ‘retail politics’, where leaders fail to ask of a proposition ‘Is it right’, but ‘Will it sell?’, in a new era in which feeling and opinion displace analysis and evidence, and leaders fail to lead.

Trump has now gone as president, but there is a high probability that Trumpistas will win the midterm elections for both Houses of Congress in 2022 and a return by Trump to the White House in 2024 is a distinct possibility.

Australian democracy is under serious threat and neither the Coalition nor the federal ALP have any vision beyond the election of 2022. Citizens have to be prepared to engage and challenge to tackle the global threat of climate change. The Coalition, captive of the fossil fuel lobby, lies about meeting global targets for emissions reductions and the Opposition’s line on climate change is vague and shifty. The states, irrespective of political allegiances, have been prepared to set targets: the Commonwealth has not – because there will be three elections before 2030 and 10 before 2050.

The well respected ‘Democracy Index 2020’, published by The Economist’s Intelligence Unit calculates that only 8.4 per cent of the world’s population live in a ‘full democracy’. Denmark ranks No.1, followed by Norway, Finland and New Zealand.

Australia ranks No.9, but we cannot take it for granted. We have become increasingly secretive, authoritarian, sensitive to criticism and corrupt.

For a professed Christian such as Scott Morrison, the plight of refugees from the Middle East ought to evoke memories  of the famous story of a child and his parents (well, his mother and her husband, certainly) in fear of persecution who fled to Egypt as refugees seeing asylum. Should they have been sent back? Imprisoned? Told they would have to take their place in the queue? For a Prime Minister who had made his political reputation for harshness towards refugees, even he must see the irony in holding refugees on  a place called Christmas Island.  We know that he lacks a sense of humour and doesn’t read much, but surely the inconsistency between the spirit of the Beatitudes and a gratuitous harshness must keep him awake occasionally?

Cruelty has proved to be a marketable community in some parts of Australia.

Morrison’s is the most corrupt Commonwealth government in our history, the most vindictive and the least accountable, far worse than Bob Askin’s government in New South Wales and Joh Bjelke-Petersen’s in Queensland. It is true that some ALP ministers have been shockers – Eddie Obeid and Ian Macdonald in NSW – and one ALP national president, Michael Williamson, but not governments, state or Commonwealth.

I had my difficulties with Bob Hawke, but he took a very tough line about the mere perception of corruption or a conflict of interest, and this meant that able ministers, close to the prime minister personally, had to resign – Ros Kelly, Mick Young (over his wife’s failure to make a Customs declaration about a Paddington Bear) and John Brown.

When John Howard won government in 1996, seven of his ministers were soon dispatched for minor infringements. Since Howard  and Morrison are reputed to be close it is baffling that Howard has not passed on his advice in this area. Of course, if he did Morrison’s frontbench would be threadbare.

Morrison’s appeal incorporates what I have called ‘the five rejections’, his opposition, both implicit and explicit, to

John Hewson, the former Liberal leader, and I have teamed up in three areas: as board members of the Accountability Round Table (ART), Patrons of Climate200 and Joint Patrons of The Truth and Integrity Project (TIP).

The Accountability Round Table, chaired by Fiona McLeod, SC, is devoted to the creation of a Commonwealth Integrity Commission, with independent authority and power to call witnesses on matters involving corruption in the political process. ART’s board includes retired judges, former politicians, public servants, lawyers and academics.

The Truth and Integrity Project is a social media-focused advocacy campaign targeting Morrison’s poor record on integrity matters and climate action in the lead-up to the federal election.

Both of us are troubled by the failure by both the Coalition parties and the ALP to take on courageous policies. But the yawning abyss of Australia’s grossly inadequate and mendacious response to climate change and the unprecedented levels of corruption at a federal level are the responsibility of government, not opposition.

On climate change Morrison is wicked, Joyce pretends to be crazy, while Labor is timid and fearful.

Morrison and Albanese appear to be closer to each other on climate change than they are to Joe Biden, Boris Johnson, Emmanuel Macron, the NSW Coalition and Victorian Labor governments.

Morrison is an unusually elusive target.

Sean Kelly’s new book The Game: A Portrait of Scott Morrison (Black Inc, 2021) is outstanding, especially on Morrison’s relationship with truth, language and his astonishing capacity to pivot. He rationalises along these lines: ‘I am an honest person. Honest persons don’t tell lies. Therefore it’s impossible that I could ever lie.’

Morrison’s use of language is purely ‘transactional’ — ‘What is the issue I am asked about today? It doesn’t matter what I said yesterday. I don’t even remember what I said then, but right here and now, this is the truth for me. It may be a different truth tomorrow.’

He has mastered the art  of saying: ‘Yes’ and ‘No’ simultaneously. He urges people to be vaccinated but if anti-vaxxers want  to demonstrate and challenge governments, well, that’s  acceptable too. ‘Yes’ we can accept that First People in Australia suffered from 1788, but we must also recognise that things were ‘not too flash’ (his words) for convict settlers too.  ‘Yes, women and girls have suffered several abuse and discrimination, but it would be worse under Labor, and it still occurs in media organisations, and it’s not my fault and I didn’t know about it’.

Morrison creates his own facts and just makes stuff up as he goes along. This is exactly Humpty Dumpty’s  use of language. Lewis Carroll scored a hole in one. “When I use a word,” Humpty Dumpty said in rather a scornful tone, “it means just what I choose it to mean – neither more nor less.”

“The question is,” said Alice, “whether you can make words mean so many different things.”

“The question is,” said Humpty Dumpty, “which is to be master — that’s all.”

One of the worst things about Morrison’s government is that it has normalised corruption, shrugging it off with: ‘Well, that’s the way we do things nowadays’, and its fierce opposition to a CIC that would be effective.

Morrison is surrounded by advisers with close links to the fossil fuel industries.

Quarterly Essay (QE) 84, The Reckoning. How #MeToo Is Changing Australia by Jess Hill is powerfully argued and we encourage you to read it. Jess Hill puts the experiences of Grace Tame, Australian of the Year, Brittany Higgins, a rape victim at Parliament House, and the troubling story of the late Kate Thornton and her relationship with Christian Porter in context.  QE84 also includes some valuable exchanges about QE83, Top Blokes by Lech Blaine.

Hill quotes an astute observation by The Guardian’s  Katharine Murphy: ‘This prime minister speaks almost exclusively to one cohort of voters: men at risk of voting Labor’.

This explains his obsessive preoccupation with short-termism, resort to photo-ops as a daggy dad, wearing high-vis vests, visiting production lines and mining sites, appealing to the tradies, denouncing elites, quaffing beer, attending sporting matches or playing with children, resorting to three-word phrases, endlessly repeated, rarely being seen at a university, and never discussing ideas (other than reinforcing the conventional wisdom). Attacks or disparagement by international  leaders? Probably grist to his mill. He would be more worried about Barnaby Joyce.

Psychologically, there appears to be a strong linkage between paternalism, the status quo and resistance to changing consumption patterns to take effective action against climate change.

And on sexual violence against women, he is strong in his emphasis on the presumption of innocence, although he must be well aware of  how this principle is used in practice to prevent victims from seeking justice, especially against the powerful and well-connected. And he has form in ‘backgrounding’ or ‘gaslighting’ against victims.  As Hill points out the High Court of Australia, which knows a thing or two about legal principles, did not seem to worry unduly about challenging the presumption of innocence when, in effect, it found against Dyson Heydon, who had not been charged with a criminal offence.

Julia Gillard’s podcast and Annabel Crabb’s electrifying series Ms Represented, seen on the ABC, were powerful and disturbing as they piled on detail after detail about the treatment of women in the government and the cumulative impact was devastating. Julia Banks’ book Power Play was another important contribution. Jacqui Lambie’s wonderful Senate outburst on discrimination in a variety of forms (November 22) was a high point in parliamentary year (although she did not have much to beat!) 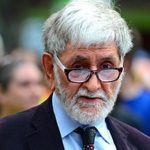