Retirement rip-off The Your Super, Your Future package is designed by financial sector lobbyists to handcuff industry funds and give for-profit retail funds an easier run.

Despite all the fanfare, the Your Future, Your Super package will not hold the worst underperforming super funds to account, nor will it stop the disgraceful examples of misconduct unearthed during the banking royal commission.

In fact, the Morrison government reforms appear designed in part to disadvantage the best performing funds in the superannuation system, the profit-to-member industry super funds.

When the reform package was released on budget night, it sounded like the long overdue day of reckoning had arrived for retail and bank-owned super funds, which for decades had made billions in profits from their members – no matter how poor the investment returns.

Throughout months of testimony and the damning final report, Justice Kenneth Hayne exposed countless examples of forprofit retail and bank-owned super fund misconduct that systematically gouged fees and commissions from fund members to boost dividends for shareholders and line the pockets of financial advisers.

Even in death, members could not escape the for-profit sector fees for no service.

Hayne’s savaging was followed by a scathing report from the Productivity Commission that concluded retail and bank-owned super funds dominated the ranks of poor performers and fee gougers.

Industry super funds would fully support the Your Future, Your Super package if it heralded a comprehensive clean-up of the system that drove out the dud funds, wherever they were found. But unfortunately, it appears the government has been influenced by politically aligned financial sector interests.

Here’s how the financial sector lobbyists – inside and outside Parliament – designed the package to handcuff industry funds and allow the for-profit retail funds an easier run.

First, almost 70 per cent of retail fund products have been carved out from assessment against the crucial performance benchmarks. Shielding the worst retail products means millions of Australians will probably never be told their fund is a dud. That could cost them as much as $500,000 at retirement – that is the difference between being in a good fund and a bad one.

Investment offerings and products from retail super fund giants BT, IOOF, MLC, ANZ, AMP and Colonial First State will all be excused from the performance benchmarks.Retail products totalling about $420 billion are out of scope.

Any organisation investing worker savings should not fear robust and universally applied performance benchmarks showing the net return to members – i.e. investment returns minus all fees and charges. The carving out of profit-generating administration fees reeks of a benchmark inappropriately influenced by vested interests.

A new financial best interest test that responds to Hayne’s or the Productivity Commission’s findings should be a death knell for those wanting to extract unreasonable profits from fund members. But trustees of retail funds can rest easy, knowing that corporate-wide profits derived from deals with related party providers are safe, no matter how bad the investment performance. Instead, it is industry fund advocacy and advertising the government is going after. But there’s a problem: Hayne found these things were all in the best financial interest of members.

Government giving itself the power to prohibit legitimate expenses and investments where they are in the best financial interest of members is conduct that shouldn’t be tolerated in our democracy. It is wide open to politically motivated abuse.

The industry super funds are a legitimate and significant part of our financial services industry. They are major participants in the super system and large investors in the economy. They came through the banking royal commission scrutiny with a clean bill of health, and have consistently delivered superior returns to members for many years.

And yet they are targeted by the government reforms.

We will seek to ensure through dialogue with the Morrison government that the Your Future, Your Super reforms are better balanced, and achieve the desired improvement in outcomes for current and future super fund members.

But we will vigorously oppose the stacking of the deck against us. 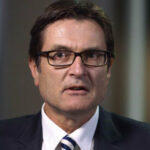