While the impact of the COVID-19 pandemic on the global economy is more dramatic than any other shock in recent history, the consequences of the virus for the geopolitical order could be even more consequential. A radical shift in the global political economy may be imminent in the post-COVID-19 world. 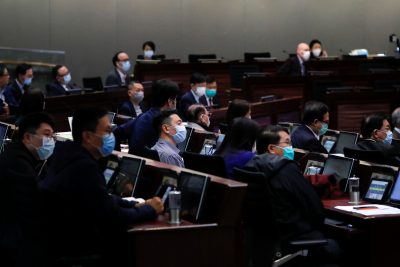 This shift is conditional on two factors. The first factor is the relative degree of economic recovery seen in nations affected by the pandemic. The second factor is the very different domestic political scenarios that now exist in many affected nations.

Before the pandemic, populism — and its coercive authoritarian tendencies which see the nation-state strengthen in a backlash against the multilateral-globalist order — was on the rise. The outbreak of the pandemic has provided an opportunity for most states to either increase or retract multilateral cooperation.

As the crisis unfolds, critical multilateral arrangements like the G20 are not presenting a unified front. The United States and China have also faced criticism for displaying weak global leadership.

The United States under President Donald Trump is showcasing an inability to lead efforts to fight the virus, let alone offer necessary aid to other countries. Instead, the United States has threatened to undertake protectionist measures to restrict exports of essential medical equipment to neighbours like Canada. Trump is also halting US contributions to the World Health Organization (WHO).

China, on the other hand, has utilised the opportunity to push its state-propaganda internationally, while emerging as a ‘costly’ global supplier of medical equipment. Despite providing for the increased short-term demand for medical supplies, China has continued to receive severe criticism for its information censorship.

In a post-COVID-19 world, many developed nations may consider disentangling direct trade relations with China and decoupling supply chains to restrict the flow of goods and services into and from China.

We are also witnessing signs of authoritarian leaders deepening their control over citizens and redefining sovereign command. China is already commanding greater authoritarian control over its citizens under President Xi Jinping. Despite the United Kingdom witnessing a surge in COVID-19 related deaths, Prime Minister Boris Johnson has in fact seen a rise in his UK approval ratings.

In the United States, Trump is using the crisis to draw more national attention to his upcoming election bid, projecting himself as a ‘wartime president’ and continuing to pursue xenophobic identity politics.

The pandemic has also eroded the credibility of organisations like the WHO. Steps taken by the organisation to exclude Taiwan from emergency meetings and praise of China’s response to the virus make the WHO look like ‘a mouthpiece for Beijing’.

As Yuval Noah Harrari argued in a recent column, the choices people and governments make today will redefine the world. Both sovereigns and their citizens need to be wary of the long-term ramifications of their choices.

One key pattern being observed in most affected countries is how the fight against coronavirus has fostered support for strong leaders.

For example, the nationalist government in Hungary passed a law in late March granting sweeping emergency powers to Prime Minister Viktor Orban. The law grants Orban almost absolute discretionary authority by sidelining all parliamentary process. He now has the power to rule by decree indefinitely.

This politico-economic shift is not new. During the 1930s — after the Great Depression — economic deprivation and rising unemployment rates fuelled the rise of authoritarian leadership across the world.

As Barry Eichengreen explains, ‘There was [in the 1930s] economic nationalism all over in the form of trade wars … there was Oswald Mosley’s antisemitism … there was the harassment and deportation of Mexican Americans, including even hospital patients, by the Los Angeles welfare department and US Department of Labor’.

These events gave rise to the New Deal and the 1942 Beveridge Report in the United States, which transformed the existing social, economic and political order.

The post-Great Depression financial world saw more banking regulations and the collapse of the international gold standard monetary system, which lead to the establishment of a new Bretton Woods order.

While parallel insinuations might be appealing, the post-COVID-19 political machinery might witness a shift towards the adoption of and preference for authoritarian, command-control governance too. A plea for both national and social security is likely to follow. For nations where authoritarianism is already deeply entrenched, there might be a centrifugal effect induced by the pandemic taking public sentiment away from a central-command model of governance.

In China, there is growing consensus that the party leadership under Xi failed in not only containing the COVID-19 outbreak but also in its handling the crisis due to the lack of political transparency. There is likely to be more pressure placed on China from the international community to take moral and legal responsibility for the spread of the virus. China’s foreign relations may not be the same in the new world. In the United States too, in a recent Wall Street Journal/NBC poll, both democrat and republican voters said, by almost a 2-to-1 margin, that they approved of the expansion of the government’s role in the economy to meet the crisis.

Whether, in a post-pandemic scenario, a revival of political populism leads to a transition in greater government control, or change in a nation-state’s economic preferences, is yet to be seen. What is clear is that the social, political and economic landscape of the post-COVID-19 world will be very different. 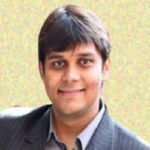 Deepanshu Mohan is Associate Professor of Economics and Director of the Centre for New Economics Studies at the Jindal School of International Affairs (JISA), OP Jindal Global University, India, and Visiting Professor at Carleton University, Ottawa.