Defence procurement is rotten to the core: It’s time for a Royal Commission 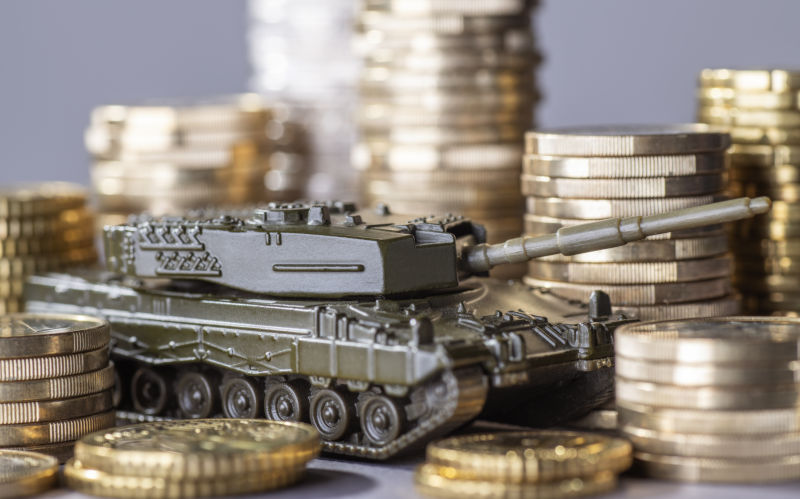 While the Robodebt fiasco is important and warrants a full scale inquiry, it is minor compared to the shocking report outlined by the Government on defence projects. The question therefore begs: are there similar or worst stories hiding in the Department of Defence?

On 10 October 2022, the Defence Minister Richard Marles and Defence Industry Minister Pat Conroy released analysis showing 28 major defence projects are running cumulatively 97 years late. Including 18 projects which were $6.5 billion over their original budget. Marles claimed that defence procurement was a complete mess. A statement clearly designed to discredit the current opposition leader and former Defence Minister Peter Dutton. Marles then declared that defence is not immune from scrutiny and must carry its own weight. According to Marles, the government will maintain its commitment to spending at least 2% of GDP on defence. But that means little when the figure includes significant funds wasted on cancelled and delayed projects.

Surprisingly, the defence minister stated that the cost overruns and project delays were not the fault of the Department of Defence. And despite overwhelming evidence to the contrary, Marles expressed confidence that the Defence Department could handle procurement well.

But the defence minister might and probably will end up regretting not examining the role of the Department of Defence in the delayed overblown projects. A minister is only as good as the advice he or she receives from the Department. And in all departments, there are cover ups. It is human nature. People protect their careers, their reputation or are afraid to speak up. Some people in government service are promoted beyond the level of their incompetence and in the public service, once there, it is difficult to get rid of them.

The current Robodebt Royal Commission provides some insight into the workings of a major Commonwealth Department. Evidence has been presented by a former secretary of the Department of Social Services that the scheme was not a priority and he was focused on “other matters”. Other evidence has revealed legal advice being ignored, a senior figure denying responsibility for the scheme, a senior bureaucrat admitting she lacked the courage to blow the whistle on the legality of Robodebt and a former national manager of compliance risk stating he was “overwhelmed with work”.

While the Robodebt fiasco is important and warrants a full scale inquiry, it is minor compared to the shocking report outlined by the Government on defence projects. And the question therefore begs: are there similar or worst stories hiding in the Department of Defence that explain cost and project timeframe blowouts? Have senior departmental officials turned a blind eye to poorly performing projects by focusing on other issues? Are senior officials keeping the new ministers in the dark? If any of the former defence ministers were to blame for the cost and time blowouts of any of the defence projects, then why didn’t senior defence officials blow the whistle? Or did they lack courage as was the case with the Robodebt scheme?

Blaming a former government for the problems is easy and might not address the real or other causes involved. Conroy referred to the use of sub-standard aluminium in the construction of patrol boats. Well, that is hardly the direct fault of a defence minister. That is the fault of the defence contractor. As the Robodebt Royal Commission is identifying, public servants might also be at fault in the defence department. Cost overruns can be caused by many issues including poor project management plans and skills (by the defence department and/or the contractor), corruption, conflicts of interest and collusion between ministerial advisors, government officials and defence contractors. And for decades Australia has seen a revolving door of Government officials leaving the Department of Defence and taking up plum jobs with defence organisations. A senior public servant or service official approaching retirement age is highly unlikely to rock the boat with a defence contractor and ruin their chance of securing post government employment.

While my research has exposed one major defect in defence procurement. The defence industry is one of the most corrupt in the world. And yet, at least two major defence acquisitions, one involving the cancelled Attack class submarines, did not have an anti-bribery and corruption compliance programme. This programme, professionally and comprehensively implemented can and frequently does, expose deficiencies in other aspects of procurement contracts. This due to the cornerstone of an ABC Compliance Programme involves conducting a comprehensive risk assessment of a project. As bribery and corruption can occur at any stage of a procurement contract, the risk assessment assesses all the contract components, including other risk assessments.

Australia cannot continue on the same path with defence procurement, including the new initiatives announced by government without a thorough examination. If Australia cannot build a patrol boat without sustaining major problems, then we should not even attempt to build nuclear submarines until we are confident that the Defence Department and the defence industry can do it. It would be folly to try.

Pat Conroy advised that in relation to defence procurement the Government intends to be very frank with the Australian people. Well action needs to match the rhetoric. The current defence review being undertaken by Sir Angus Houston and Stephen Smith only scratches the surface. There have been dozens of reviews into the Defence Department over the past decades and nothing has changed. The public has had enough of defence blowouts. It is time for a Royal Commission into the Department of Defence and its procurement practices. A Royal Commission would get to the bottom of all the cost blow outs and delays and assist in restoring public confidence in the department. It would provide an opportunity for public servants and for that matter defence contractors, who lack the courage to speak up to come forward with information. And if a royal commission exposes politicians, public servants, and defence contractors for incompetence, unethical behaviour, or corruption, then so be it. Because it is not those we should be protecting. It is the men and women who serve in our armed forces and the Australian public. 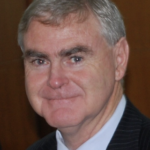 Chris Douglas is a Director at Malkara Consulting. The company provides financial crime and risk management training and consultancy.  He served with the Australian Regular Army for 6 years and with the Australian Federal Police (AFP) for 31 years. He currently consults to the public and private sector in Asia and Africa and to UNODC and UNDP on anti-bribery and corruption.