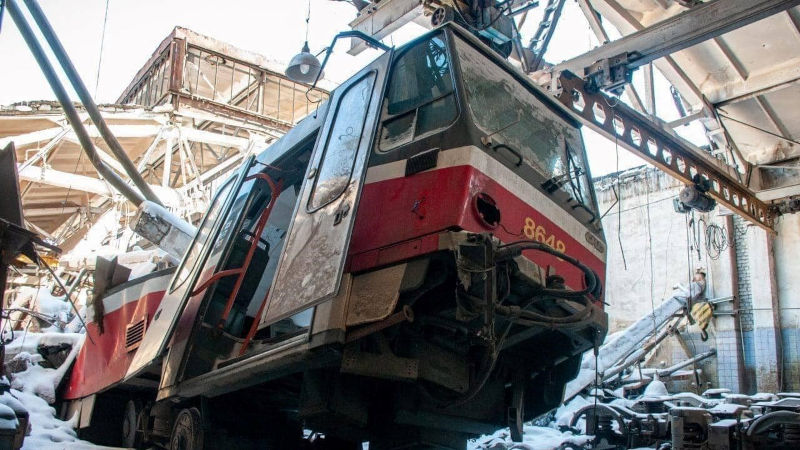 The danger is that the understandable reaction to the butchery of civilians turns into all-embracing Russophobia that lets Putin off the hook. Image: Wikimedia Commons

The problem is that the hatreds generated by war gain momentum during the conflict and do not have a reverse emotional gear.

In August 1914, the German army launched an unprovoked invasion of Belgium during which they killed some 6,000 Belgian civilians which they held as hostages, wrongly suspected of sniping, or simply in order to instil fear. In the village of Dinant near Liege on 23 August some 644 villagers were lined up in the village square and shot by German firing squads, the youngest victim being a three week old baby.

Over five days from 25 August, German soldiers looted and burned the town of Louvain, killing hundreds of its inhabitants and destroying its medieval library, one of the greatest in Europe, which was filled with irreplaceable books and manuscripts.

The massacres in Belgium – the German policy of Schrecklichkeit or frightfulness aimed at preventing popular resistance – outraged the world, having a particularly powerful impact in Britain where the atrocities fostered support for the war and led great numbers to volunteer to fight. On 2 September, just as the sack of Louvain was coming to an end, Rudyard Kipling published a poem reflecting the general anger, four lines of which read: ‘For all we have and are/ For all our children’s fate/ Stand up and take the war/ The Hun is at the gate!’

When I was growing up in the 1960s and 1970s such belligerence was out of fashion and accounts of German massacres of civilians in the First World War, had been outpaced by the Nazi genocide and, in so far as they were remembered at all, were dismissed as exaggerated war propaganda in a conflict for which all sides were held to be more or less equally to blame. This was the message of the film Oh! What a Lovely War which showed naïve young recruits being lured to the slaughter by jingoistic slogans and a glamorised vision of the Western Front.

The high emotions of 1914 were discounted as war hysteria – largely ignoring the fact that the German atrocities were all too real – and there was nothing wrong or hysterical about being angry over the mass killings of civilians.

The furious reaction to the Russian invasion of Ukraine on 24 February is very similar to that provoked by the German invasion of neutral Belgium on 4 August 1914. Even President Vladimir Putin with his shallow macho and incoherent claims that Ukraine is run by local Nazis bent carrying out a genocide against the Russian speaking minority has more than a passing resemblance to Kaiser Wilhelm 11 who also stumbled into a war he was unlikely to win.

Putin’s bid to demonise the Ukrainian government as born-again Nazis bent on violence recalls the Kaiser’s inept self-justifying claim after the destruction of Louvain that, while his heart bled for Belgium, he blamed what had happened on “the criminal and barbarous actions of the Belgians.”

Both the German and the Russians a century later showed signs of being caught off guard by international rage and condemnation of their behaviour. The Russians were unable to decide if a maternity hospital in Mariupol had been blown up by the Ukrainians themselves or was a Ukrainian military post that they had rightly destroyed by Russian forces.

This has been denounced as a particularly Russian way of war but every bombardment of a city that I have witnessed from Gaza to Douma in Damascus and Aleppo to Raqqa and Mosul ends up with the mass slaughter of civilians. The difference in the cases of Belgium and Ukraine is that the outrage of the rest of the world is more intense and sustained.

The danger is that the understandable reaction to the butchery of civilians turns into all-embracing Russophobia that lets Putin off the hook and makes it very difficult to bring the war to an end. Thus, the owners of Facebook and Instagram are to allow users in some countries to say “Death to Putin” and express similar slogans about killing Russian soldiers, though not civilians.

This is the modern equivalent of popular cries of “Hang the Kaiser” that became a slogan towards the end of the First World War. But this total demonisation of an enemy carries a price because it makes compromise impossible and ensures that wars will be fought to a finish. The crudest patriotic cards become trumps. Diplomatic flexibility is pilloried as treachery. The crass and unforced errors of the Kaiser and Putin are obscured by a sense that the entire nation is in danger.

This was the deadly pattern in 1914. “The more the Allies declared their purpose to be the defeat of German militarism,” and an end to their ruling dynasty, wrote Barbara Tuchman in the Guns of August, about the first month of the First World War, “the more Germany declared her undying oath not to lay down arms short of total victory.”

Not many people in the Kremlin today can have any hope of victory – with the possible exception of Putin himself. But, whatever they think privately, they are stuck with the consequences of Putin’s mad gamble, which is likely to be a historic defeat for Russia from which it may never recover. As the former US National Security Advisor Zbigniew Brzezinski put it: “without Ukraine Russia ceases to be a Eurasian empire.”

No bad thing, many will respond. But Russia is unlikely to depart quietly from the front line of great powers. Its army may have fought poorly in Ukraine, but it has not yet suffered a defeat. Ukrainian videos showing successful skirmishes and ambushes probably give an exaggerated idea of Ukrainian military prowess and of Russian incompetence. It is chilling – and very First World War – to see the blitheness with which commentators now denounce compromise with Putin without understanding that this means a prolonged campaign which is all too likely to escalate into a nuclear conflict.

The very same people who portray Putin as a power-mad potentate appear to assume that he will show cautious moderation when it comes to evening the odds against Nato by using a low yield nuclear weapon then say they are sure that he would never use a tactical nuclear weapon to wipe out a convoy or an airbase – and show that he is still an enemy to be feared.

The problem is that the hatreds generated by war gain momentum during the conflict and do not have a reverse emotional gear. Collective punishments against Russians are likely to elicit a collective response. The British prime minister Lloyd George had a prescient idea a few months after the Armistice in 1918 about the likely consequences of maintaining economic sanctions as a form of pressure against Germany.

He told the Supreme War Council and the Allies that “the memories of starvation might one day turn against them […] The Allies were sowing hatred for the future […] not for the Germans, but for themselves.”

This article is republished with permission from Counterpunch of March 15,2022 https://www.counterpunch.org/2022/03/15/demonizing-russia-risks-making-compromise-impossible-and-prolonging-the-war/

Patrick Cockburn is a journalist who has been a Middle East correspondent for the Financial Times since 1979 and, from 1990, The Independent.[1] He has also worked as a correspondent in Moscow and Washington and is a frequent contributor to the London Review of Books.