In the escalating Sino-American tensions there is a constant refrain that while China is important for our economy, we are tied to the United States by “shared values”. But what are these shared values and how far should they guide foreign policy?

Government and Opposition march in lockstep in claiming that our bonds to the United States remain central to our security and are strengthened by our commitment to democracy and the rule of law.

Considerable effort is expended in underlining this apparent harmony between our two nations, perhaps because the foreign policy elite recognise there is growing scepticism about the image of the United States. Organisations like the US Studies Centre at the University of Sydney and the Australian Strategic Policy Institute continue to position the debate as if our shared values were self-evident.

At the same time the Morrison government, while appropriately cagey in appearing to endorse the wilder reaches of the current U.S. Administration, seems intent on strengthening links with “the Anglosphere”, as if a grouping of first world English speaking countries could somehow hold back the rise of China. (The “Anglosphere” was a preoccupation of Tony Abbott’s, and rests upon a nostalgic vision of the English-speaking democracies as central to our identity.)

Two questions arise: what are these shared values and how far should they guide foreign policy? There is no doubt that China is a deeply repressive authoritarian state with a callous disregard for human rights. The United States on the other hand is essentially a liberal democracy in which the institutions we take for granted–political parties, an independent media and judiciary—have largely functioned to protect against the autocratic fantasies of President Trump.

There are many aspects about the United States that puzzle Australians, such as the extent of gun violence and the resistance to any form of universal health coverage. These might be irritants, but they do not necessarily deny a commitment to shared values of liberal democracy. Where the rhetoric starts to come up against hard reality is the deeply flawed processes whereby Americans elect their leaders

The irony of Trump’s constant stress on how the election this year will be rigged is that he has already benefited from the various devices used by Republicans to restrict popular voting. Because control over elections is deeply partisan the last decade has seen increasing moves by Republicans to make voting more difficult for those they feel least likely to support them, whether through making registration more difficult, limiting the availability of voting places or questioning the legitimacy of postal votes.

In some cases this has extended to intimidation of potential voters [https://www.theguardian.com/us-news/2019/nov/13/voter-suppression-2020-democracy-america]. Australia is happy to condemn China for denying Hong Kong citizens free elections. Consistency demands that the United States lives up to the same standards.

Our “shared values” are often justified by reference to human rights, but like all governments Australia is selective in how it pursues these. We regard abolishing capital punishment as a human right, but we pass over the rights of Indigenous Australians and asylum seekers. Like the United States we tend to underestimate what are referred to as second generation rights, namely the right to health, housing and education.

In government rhetoric “shared values” and military realpolitik compete for attention, often without much coherence. Our alliance with the United States has made us a tacit partner in constant interference in other countries that we claim is now China’s intent. Australia, after all, signed up enthusiastically to a whole set of US led interventions in the Middle East, largely one suspects to consolidate our relationship with the United States.

Realpolitik might have justified our involvement in the Afghan morass and sending ships to the Persian Gulf, but it is more difficult to complain about China’s expansionism when we support American adventures abroad. There is not much difference between the two super- powers when it comes to flouting of international law and bullying of small countries.

Under Donald Trump the United States has increasingly withdrawn from international organisations, most significantly the World Health Organisation and the Paris Climate Accord, as China has been increasing its involvement in global institutions. Trump claimed without much evidence that WHO was under Chinese influence; US withdrawal makes that more likely. And Pacific countries, with whom the Prime Minister likes to claim a special relationship, have made clear that climate change is their biggest security issue.

A Biden Presidency would restore some American involvement in global institutions, but there is a huge gap between the importance of international organisations to Australia and the United States. “Shared values” are not sufficient to bridge rather different national interests, which in Australia’s case might demand a deliberate distancing from the American shadow. Gestures such as mooting moving the embassy in Israel to Jerusalem might play well with the US, but they harm us with our regional neighbours.

If there are good reasons to maintain a military alliance with the United States this should not interfere with the forging of independent relations within the Indo-Pacific region, and a recognition that the priorities of neighbouring countries are very different to those of the United States. We also have shared values with countries across the oceans like Indonesia, Chile and South Africa, although they may be less immediately apparent.

Some years ago I argued that we should regard the United States as we regard any other foreign country, and determine our policies accordingly. “You can’t say that” expostulated a now former Labor politician, though why not was never explained. There is room for idealism in foreign policy, but there is little room for non reflective emotionalism. 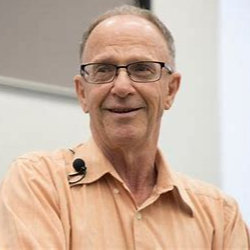