By Madhan Balasubramanian and Woosung Sohn
May 31, 2021

Are our dentist migration and assessment systems responsive enough to the Australian healthcare system’s changes and challenges? Do we have a robust oral health workforce planning system? In this article, we argue why Australia’s dentist migration policy requires a serious rethink.

Today, there are eight dental schools in Australia that graduate about 600 dentists each year. The number of dental graduates has increased since the introduction of four new dental schools at Griffith (2005), Charles Sturt (2008), La Trobe (2008), and James Cook (2009) Universities.

On top of that, dentists from over 120 countries are assessed for migration to Australia. It is estimated that one in four of every practising dentist in Australia is overseas-trained.

Patterns in dentist migration to Australia

Even today, Australia experiences a steady wave of dentists from these countries entering Australia. Along with dentists from New Zealand and Canada, they form a group of migrant dentists whose qualifications are directly recognised for practice in Australia. We estimate about 50-75 dentists migrate each year via the direct recognition pathway.

The current migration is dominated by dentists coming from low and middle-income countries. India, the Philippines, Egypt, Iran, Iraq, Bangladesh, and South Africa contribute to the bulk of migrant dentists. These dentists go through an examination system set by the Australian Dental Council (ADC), which is the peak body for assessing overseas-trained dentists’ suitability to practice in Australia. Between 175 and 250 dentists qualify each year through the ADC process, and since 2000, we estimate more than 3,500 dentists have migrated via the ADC pathway, which is larger than the output of any dental school in Australia.

The occupation of ‘dentist’ was removed from the Federal Government’s Skilled Occupations in Demand List in 2015. However, it did not seem to result in any major change in the number of overseas-trained dentists who migrated and qualified to practice in Australia. In 2018 and 2019, approximately about 180 overseas-trained dentists annually qualified via the ADC pathway.

The direct costs for candidates in the ADC examination process could be somewhere between $8,000 to $10,000. Compared with other overseas examination systems elsewhere in the world, qualification in Australia is still relatively cheaper. For example, in the United States, overseas trained dentists are required to complete a short-term (usually 2 years) University Dental School Program before they can sit for a detailed assessment. The US’s two-year University program could cost around $100,000 per year (including tuition but excluding living expenses).

Oversupply or shortage of dentists in Australia

Rural and remote areas in Australia continue to have a shortage of dentists. There have been initiatives to increase the rural oral health workforce including the establishment of new rural/regional dental schools, training program for overseas-trained dentists toward registration conditional on fixed duration rural services and dental students rural service-learning programs. Despite these efforts, a shortage in the rural oral health workforce persists.

In our study, we identify that overseas-trained dentists contribute more towards providing dental care in disadvantaged areas, public sector, and rural and remote locations when compared with Australian trained dentists. However, we are unsure if this trend will continue due to the lack of long-term follow-up data on migrant dentist movement patterns within Australia.

We will need to consider more effective approaches and new programs to meet the demands of rural and remote areas.

To the issue of brain drain in source countries

The movement of highly skilled health professionals such as dentists leads to brain drain in source countries. Several source countries, especially developing countries such as India, the Philippines, Iran, Iraq, and Egypt, have numerous health system deficiencies that require attention. In addition to the severe shortage of dental professionals, population oral health needs require immediate solutions in these countries.

It’s an interesting issue and perhaps even an ethical challenge, given how this dentist migration (not only dentist, but other highly trained migrants) has global implications. We would need to be more considerate that one country’s policy for migration may significantly affect other countries.

When facing an oversupply of dentists, shall we impose an absolute cap on the number of overseas-trained dentists who qualify to practice in Australia?

To address the local shortage of dentists in rural and remote areas, do we need to develop a policy to provide conditional qualification for migrant dentists requiring rural/remote area services for a fixed duration before full registration?

While aspects of conditional passage for full registration have been tested in a piecemeal fashion in the past, a comprehensive system is required across all states and territories in Australia. The ultimate goal is to build a dynamic and adaptive oral health system that reflects population needs and changing patterns in education and practice.

Overseas-trained dentists undoubtedly make a significant contribution to the Australian health care system. But, the current system for leading migrant dentists to be qualified and registered to practice in Australia needs to be reviewed and overhauled.

While a few potential policy directions were presented, complexities like this would require multiprong solutions. In-depth discussions, before any significant changes are introduced, involving multiple stakeholders such as the Australian Dental Council, Dental Schools, Policymakers, government officials, researchers, and consumers are needed to enable a more informed, dynamic, and evidence-based migration policy for Australia’s oral health workforce. 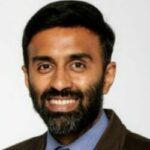 Madhan Balasubramanian PhD is research fellow and lecturer, migrants, health and workforce, at the Menzies Centre for Health Policy and Economics, the University of Sydney. 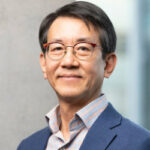 Professor Woosung Sohn is Chair of Population Oral Health at the Sydney Dental School, the University of Sydney.