The front cover of The Spectator magazine of 10 July 2021 reads, ‘How China bought Cambridge’ (framed by temptations to read stories such as ‘Is Boris becoming Prince Harry?’ and ‘The joy of streaking’). The “Cambridge” in question is the university, and an article by Ian Williams with the same title sets out the case for what looks like a serious allegation with important implications for the 800-year-old institution. However, the evidence Williams provides fails to substantiate the headline.

Numbers are provided for only two of the “deals” that Williams discusses; Chinese funds of “just under half” of £12.8 million to retrofit a building to provide a new home for the Cambridge Institute for Sustainability Leadership and a £10 million “deal” for a “Nanjing professorship of technology and innovation in the Department of Engineering”. A separate gift from Tencent is mentioned, but no figures are provided.

To give some idea of the scale of these sums, Cambridge University reported a total income of £2,192 million in 2018-19, of which £592.4 million was for research grants and contracts and £151.6 million for endowment and investment. That’s without touching the assets. In other words, the Chinese funding identified by Williams amounts to a few percentage points of annual income at most. Hardly enough to “buy” any institution.

Sadly, the relevance of this piece does not lie in whether or not it establishes an empirical case for the headline writer’s vivid imagination. Rather, it tells us more about the prevailing zeitgeist in the UK and the way that China is viewed in the media and by politicians than it does about Cambridge or China’s relationship with it.

In the case of the Spectator piece, the company that is part-funding the sustainability building is described as “opaque”, even though a quick internet search reveals quite a bit of information about it. As Williams points out, its founder is a member of China’s National People’s Congress, though it is misleading to suggest he might have some role in Beijing’s policy towards Hong Kong. It would be more relevant to point out that he has used that role to lobby for zero-carbon development, something which is a stated British government priority, and an area which a university such as Cambridge should definitely be involved.

In a similar style, when discussing a collaboration with Nanjing, the article avoids any careful thought or research about “smart” or “safe” cities projects in China or elsewhere, suggesting simplistically that “in the context of China they are primarily instruments of surveillance and repression” and ignoring the significant roles they play in enhancing energy efficiency, reducing traffic congestion, tackling crime, and so on. This follows a description of Tencent’s widely-used WeChat app as “a key component of the surveillance state”, again ignoring the ways that it (and other online tools) have enhanced communication and transparency, aside from sharing information and simply keeping in touch with friends and family.

This selective approach to evidence characterises the article’s overall message about what Cambridge might look for in engaging with Chinese counterparts in the first place.

The article begins with a meeting between the Vice-Chancellor, Stephen Toope, and the then Chinese ambassador in London, after which Toope was quoted saying that China is “a country with an extraordinarily growing influence which a university like Cambridge must pay attention to”.

Indeed it is. China will soon spend more on research and development than any other economy. It produces nine million university graduates per year, many of whom go on to further study and research. Its scientists have increasingly contributed to global innovation, often working overseas in places like Cambridge (when they are allowed to by the US, UK and others). And – as a report last year led by former minister Jo Johnson concluded – China is “on the verge of becoming a superpower in global [higher education] in its own right”.

As an institution that prides itself on being one of the world’s best, Cambridge absolutely should be engaging with China, in all of the areas given as examples by Williams, and more. Not to do so would be to fail to optimise the influence of Cambridge (and by extension the UK) in the research and innovation which is likely to shape our world over the next decade and beyond.

Incidentally, this Spectator piece is not the opening salvo in attacks on Cambridge’s ties with China. There has been a steady stream of media reports for some time, accelerating since the beginning of 2021. Parliamentarians have played a role in this, in particular the active and influential chair of the Foreign Affairs Committee, Tom Tugendhat, who has intervened on a number of occasions.

A key target of these interventions has been Jesus College and one of its professors, Peter Nolan. Williams echoes points already made by others, suggesting that Chinese money has influenced the agenda of Jesus’ researchers. However, a quick look at the website of the college’s China Centre suggests a range of topics have been discussed, and not just recently (not every China conversation has to be about Xinjiang). One recent example was an event in Hong Kong that had the rare distinction of speakers who offered more than one perspective. This is definitely something that academic institutions should do more, in the UK and elsewhere.

Scrutiny and scepticism are to be encouraged. But they need to be shaped by precision and integrity, in both journalism and academia. Dealing with the rise of China is not straightforward and creates understandable insecurities in the UK and elsewhere. There are both challenges and opportunities that we need to address. Regrettably, the UK’s debate on China looks increasingly unfit to meet this need. By arguing that China has bought Cambridge, the Spectator only gives a further example of the poor state of the debate. 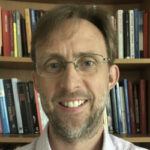