Did the Apology make a difference? The consequences of the past still haunt the present

The true horror of the crime committed against Aboriginal Australians remains a difficult subject for many Australians to even contemplate. A major hurdle of reconciliation continues to be that Aboriginal people themselves are being held responsible for ‘closing the gap’ by amending their cultural practices.

“The time has now come for the nation to turn a new page in Australia’s history by righting the wrongs of the past and so moving forward with confidence to the future”.
Kevin Rudd, February 13, 2008.

It has been 13 years since the Prime Minister made a formal apology to Aboriginal and Torres Strait people on behalf of the nation. The crimes committed since colonisation are breathtaking in their racist barbarity. First Nations people were forced from their land, hunted, poisoned, oppressed, separated from their families, language and culture and treated as objects to be managed, rather than as subjects worthy of consultation and dignity.

The Bringing Them Home report, tabled in parliament in 1997, found that in the 60 years from 1910, more than 50,000 children were taken from their family and separated from their traditional lands and culture based on their race. The outcomes for the children were deplorable, with many the subject of exploitation and sexual violence.

Quoted in the report was the Chief Protector of Western Australia, who stated that he viewed Aboriginal people as belonging to a dying race, and that “the half-caste problem was increasing every year. Therefore, their idea was to keep the pure blacks segregated and absorb the half-castes into the white population”.

According to the UN Convention on the Crimes of Genocide, “Forcibly transferring children of the group to another group” constitutes the crime of genocide, placing Australia in the same category as Nazi Germany. Although Australia has much to apologise for, Kevin Rudd specifically chose the victims of the Stolen Generations as the focus of his apology, yet demurred from calling it genocide and offered no financial reparations.

The release of the Bringing Them Home report for the first time exposed many Australians to the depths of mistreatment suffered by Aboriginal people, with the Stolen Generations pointing to an uncomfortable truth for settler Australia. Public momentum for a national apology began with the release of the report and continued to grow, with many people believing this was a necessary first step for healing to begin.

Even though an apology alone could not hope to start addressing the horrors of Australia’s historical shame, for many non-Aboriginal Australians this was an opportunity for the nation to finally confront its racist past.

Notwithstanding the harrowing testimonies and comprehensive research conducted for the report, not all Australians believed an apology was warranted. Led by then opposition leader John Howard, a number of historians began undermining the credibility of the report, calling it “one of the most ‘irresponsible documents’ in recent memory”.

This reignited the “History Wars”, with conservative commentators claiming that settler Australians mostly acted humanely and that any adverse effects on Aboriginal people were at best inadvertent. They decried the “Black Armband” view of history, coined by historian Geoffrey Blainey in 1993, which they believed was being foisted on Australia by the “Guilt Industry”.

John Howard refused to make an apology, claiming that the children had been rescued, rather than taken.

Most people are unaware of the extent of the devastation visited on Aboriginal people, with Australian history being taught almost exclusively from the settler perspective, perpetuating the myth of Aboriginal savagery and Terra Nullius.

For young Aboriginal people in particular, this has meant being confronted daily with fictitious notions of 200-plus years of ‘shared history’, while the previous 65,000 years were ignored.

Despite Rudd’s desire that the injustices must never happen again, in 2015 Aboriginal children were being taken from their families at a greater rate than during the Stolen Generations. While the intent may no longer be genocidal it is still paternalistic, with little or no Aboriginal input into the relevant policies.

An Australian Institute of Health and Welfare report (2017) found that the life expectancy gap between Aboriginal and non-Aboriginal Australians was increasing, with only one Closing the Gap target being met, while the rest had “spectacularly failed”. The 2018 Closing the Gap report recommended a total reset, because due to de-funding by the Liberal government and its piecemeal application, the “approach has all but fallen apart”.

The traumas caused are intergenerational, with an Australian Institute of Health and Welfare report in 2019 finding that children living in households with Stolen Generations survivors were “more likely than comparable other Aboriginal and Torres Strait Islander children to experience a range of adverse outcomes”. The consequences of the past still haunt the present.

While greater consultation and self determination were an integral part of the apology itself, the Closing the Gap targets and action plans were created with little or no Aboriginal input. Aboriginal people are still seen as problems to be dealt with, exemplifying one of the major hurdles of reconciliation; Aboriginal people themselves were being held responsible for closing the gap by amending their cultural practices.

Non-Indigenous Australians today were being exonerated from responsibility for the past treatment of Aboriginal people as any wrongdoing was focused as historical guilt rather than through the prism of how modern Australia was built on the theft of land from and subjugation of the original inhabitants.

What can be done now?

In 2017, delegates to an Aboriginal and Torres Strait Islander Referendum Convention answered that question by developing the Uluru Statement from the Heart, which was presented in an elaborate and highly symbolic ceremony to the Australian people. This is a roadmap providing Australia with a new solution, one that gives Aboriginal people a real voice and agency in their future.

Malcolm Turnbull immediately rejected the statement as too radical even though most Commonwealth nations have treaties with their Indigenous people that are far more progressive.

The treatment of Australian Aboriginal people since colonial settlement remains appalling. That the 2008 apology omitted any reference to genocide indicates that the true horror of the crime committed remains a difficult subject for many Australians to even contemplate.

The apology, while flawed, was an opportunity for Australia to begin to address the stain on the nation’s soul caused by its treatment of its first people. That it hasn’t been successful is due to the bad faith of successive Liberal governments abetted by conservative historians and commentators.

Many Australians are still unaware of the truth of Australia’s settler story and this can only be addressed by honest scrutiny of the past and enabling Aboriginal people to become architects of their own destiny.

Even though Rudd’s apology has not effected the change it promised, settler Australia has been given another opportunity to create a better future with the Uluru Statement from the Heart.

Aboriginal people have spoken, but Australia, as represented by the Liberal government, is still not listening. 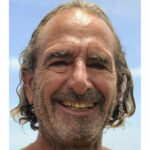 Andrew O'Connell is a software developer originally from Goulburn, NSW (Mulwaree Country) and now lives in Port Stephens (Worimi Country). He has a keen interest in Australian politics particularly a just and equitable reconciliation with Indigenous Australians.