Individual ministers in the Australian government are wielding immense power by using delegated authority to issue non-disallowable ‘determinations’ without any parliamentary oversight. Members of parliament approved this erosion of the democratic process with passage of the Biosecurity Act in 2015.

In the wake of the Morrison Government’s midnight announcement to ban Australian citizens from returning home from India, the public has been forced to confront assumptions about how our democracy operates. Many of us have believed that the checks and balances  of our democracy are strong, in particular the role our Parliament plays in passing news laws and holding the Executive branch of the Government accountable.

As we’re faced with these very serious questions about how our democracy operates, families in our community have been thrown into turmoil. People who travelled to India to care for dying parents, organise funerals and see to other urgent matters are now faced with the overwhelming prospect of 5 years prison and $66,000 in fines for returning to their home, Australia.

The question on many minds this week is, how can a single minister, such as Health Minister Hunt, wield so much unilateral power against his own citizens?

The answer is the Biosecurity Act. Passed by the Parliament in 2015, the Act provides the Minister massive powers to issue ‘determinations’ without Parliamentary oversight. This is a type of ‘delegated’ power. The powers used by Minister Hunt are also ‘non-disallowable’ meaning that they can’t be reviewed by Parliament and can override all other laws. The Minister, or other Executive office holders, have ultimate power.

What these powers mean is that one man, not Parliament, has been able to issue a decree that impacts the freedom of movement, health and safety of over 9,000 Australian citizens or permanent residents. Not only this, the Act makes it a crime to disobey him.

While the Morrison Government has attempted to quell the Australian community’s raw and palpable backlash through assurances that it is unlikely anyone would be criminally prosecuted or fined for returning, the fact that the Health Minister could do so at his discretion and without Parliamentary oversight should be of concern.

Equally alarming is the decision by Parliament to delegate these massive law-making powers by passing the Bill in 2015 – a move which has ultimately removed Parliament from its vital ongoing accountability role. Did those who voted to pass the Bill understand the implications of their decision to effectively cut themselves out of decision-making and review?

There are legitimate reasons to delegate powers to the Executive, especially when Governments need to move quickly to address urgent and complex biosecurity issues. However, there are unanswered questions about the constitutional limits of this power and the extent to which such broad delegations infringe on the separation of powers in our democracy. This massive delegation of power has  been criticised recently by the eminent Geoffrey Robertson SC as ‘dictatorial’.

The Senate was so concerned about this increasing trend of delegated powers that it set up the Senate Standing Committee for the Scrutiny of Delegated Legislation designed to examine delegated legislation in the context of compliance with statutory requirements, the protection of individual rights and liberties, and principles of parliamentary oversight.

Leading constitutional law expert, George Williams, has said that the problem has been created by the Parliament itself. He argues that parliament has “repeatedly abdicated its responsibility by giving governments the power to make new laws without scrutiny. This reflects the fact that our parliaments are not independent of government. Instead, governments use the party system to direct parliament in ways that can harm the functioning of parliament and concentrate power in the hands of ministers.”

According to the Centre for Public Integrity, executive law-making, which is the use of delegated legislation, has doubled in the last 30 years. Since the 1980s, executive law-making has increased from an average of 872 pieces of delegated legislation made annually in the period February 1983- June 1988, to an average of 1738 pieces annually over the period July 2013- November 2018.

The Senate Committee, which included Senators from all sides of politics, attempted to put the brakes on the increased use of non-disallowable delegated legislation in March this year. The Committee recommended that greater restrictions be adopted including clear outlines of the exceptional circumstances required for the exercise of the power and sunsetting of powers.

The Covid-19 pandemic has provided the backdrop for the growth of concentrated and non-reviewable power being placed in the hands of individual ministers with nearly 20% of federal COVID-19 related delegated law-making powers exempt from parliamentary oversight.

The Senate Standing Committee for the Scrutiny of Delegated Legislation found that between 1 January 2020 and 15 April 2021, 458 laws were made by delegated legislation in response to the COVID 19 pandemic. The recent India determination is a harrowing example of this trend.

Right now we are watching the extreme distress that individual ministers can create in our community when checks and balances on power are bypassed. So many people stranded in India are facing a desperate situation and questioning what rights their citizenship and permanent resident status affords them from a government that is seemingly more and more determined to avoid the accountability that is so essential to our democracy and the protection of our communities.

This must be a wakeup call for all of us.

It’s critical that the separation of powers continues to operate properly, for an accountable democracy and Executive. The Parliament must reverse this frightening trend, implement the recommendations that came from the Senate Committee and fulfill its democratic imperative to act as a check on Executive power. 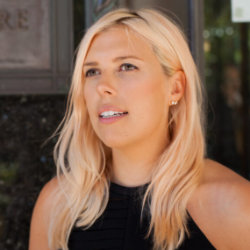 Isabelle Reinecke is the Founder and Executive Director of Grata Fund, a charity founded to support communities with public interest cases to access the courts.