The AFP is a political tool of government. 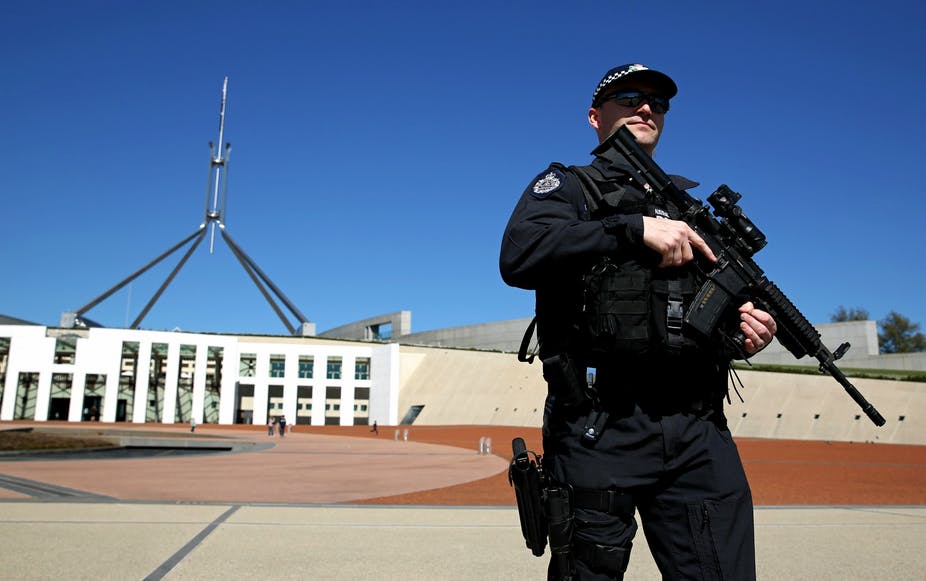 Parliamentarians and the public already know enough about the handling of the alleged sexual assault case in the office of the Minister for Defence to make judgments about how the political system treats victims.

That said, there are a number of as yet unexplained strands of the case, not yet apparently the subject of any of the new investigations established, or reports called for. They cry for explication and explanation. The need for explanation cannot be deferred on the ground that the central criminal allegation is now sub judice — it is not — or some notion that the AFP Commissioner, Reece Kershaw, has said something, whatever it was, germane to any of the issues.

We know, for example, that the ACT AFP assistant commissioner attended on the minister for defence, soon after the alleged rape. It was not  clear whether the alleged victim wanted the sexual offence squad to continue with their investigation. But some inquiries had begun, some evidence secured, and police were wrestling with a department of parliamentary services official inclined to play funny buggers about police access to closed-circuit television tapes.

It was, apparently, at this interview that the Defence Minister realised the victim had complained of sexual assault. Apparently, she had known something bad had happened, but not what. Perhaps her incuriosity was strange, but there was an election going on. Although one might think a minister would be hyper-alert for incidents capable of becoming an election distraction, just as might be folk in the PMO who were already aware of the allegation.

I think — it is not clear — that the victim’s initial encounter with AFP officers was with police attached to parliament house, rather than (women) detectives in the sexual offences unit. If so, these would have been told by parliament house security of both the security breach and of the fact of a sleeping dishevelled girl having been found on a couch in the minister’s office, looking as if she had been sexually assaulted, and, on being woken, complaining of it. They were also in a position to secure evidence and, had they been more alert, to prevent the cleaning of what security guards regarded as a crime scene. But such folk are not detectives; I expect actually members of the national AFP, rather than the ACT subset. The security breach — if it was (as I doubt) an actual breach of the law as opposed to the rules — would have been a matter for the national office, not the ACT AFP.

In these circumstances, one is entitled to wonder why the ACT Assistant Commissioner felt a need to intervene or call on the minister. Was it some version of that strange “heads up” rule by which the government is notified by the AFP whenever they trip over something that could embarrass the government? This is an internal AFP rule — of long-standing — which underlines the reality that the AFP is but a political tool of government, not at arm’s length from it, or from a department also inclined to have views on what the AFP should be doing. A commissioner with guts and integrity could drop the rule overnight; he is not the head of a government department, managing “subject to the minister.”

But the practice is that the heads-up goes to the office of the home affairs minister, Peter Dutton. If the information is passed elsewhere for political advantage — say to tip off the media about raids on trade unions or terrorists, that abuse of power (and sometimes compromise of a case) is handled by people in Dutton’s office, just like leaks about ASIO. It is true that Dutton was at the time of the alleged rape deeply preoccupied with saving his marginal seat in Queensland. He has implied that he did not know then (in 2019) of either the security breach or the alleged rape. But he is always careful with words, and one has to parse closely anything he says. It would not surprise that he knew something then, but kept it from the prime minister.

Perhaps the ACT assistant commissioner had some knowledge of the facts. But it is not clear what his business was in sharing his insights with the defence minister. If he generally supervised the rape squad, his right to direct their investigation would have been quite limited and likely to get considerable blowback from professional detectives who do not like being told how to do their job. Indeed there have been all too many cases over the years when senior cops in administrative positions (as the ACT Assistant Commissioner is) have attempted to manage — sometimes close down — investigations potentially embarrassing to the government. The wheat for oil case might be an example.

I am not suggesting such “management” or interference, but the public has a right to know what he was doing, why, and whether his actions compromised the investigation. No doubt it was in the better interests of the victim. Strange she was not invited, or even aware. Curiously, it was when the victim indicated last week her intention to revive her complaint that a formal heads-up, perhaps, was issued to Dutton. He chose not to tell Morrison.

We have also been told that some parliament house security staff became concerned when, after having, somewhat irregularly, allowed two of the minister’s minders, one obviously inebriated, into the ministerial office, they saw only one depart and the other stay. We know that security staff entered the office, and found the woman asleep with her skirt rucked up. They became concerned that she may have been assaulted. We know that they checked on her several times during the night, and discussed calling an ambulance.

We know — though not in detail — that their concerns were rejected by more senior DPS officers, and that a department of finance official ordered the office cleaned, against the protests of the guards, who talked of “interference with a crime scene” (A number of the security staff are retired cops). We know that an external report on their grievance was carried out by Vivienne Thom, a former Inspector General of Security, also well known for her report on sexual harassment by Justice Dyson Heydon, and then (but no longer) in the marketplace as a reliable person to conduct independent reviews.

Vivienne Thom is a person of integrity, and very unlikely to be swayed by a departmental interest, or any need it might have to sweep a problem under the carpet. But it is interesting to wonder just what her terms of reference were and whether these extended to considering whether, as a fact, there was a woman in the office in circumstances suggesting that she may have been raped. If she knew that, and if it were in any way within her terms of reference, it would be amazing if her inquiries were as desultory (and primarily focused on the papers) as some reports suggested.

If people are alleging cover-up and it seems there may have been something to cover up, it would be astonishing if, say, Thom did not want to interview the alleged victim, who was, after all, in the building. Yet we know that the victim did not even know that Thom was conducting an inquiry, or that others, interested in her welfare, were agitating on her behalf.

That is again a matter that the department of finance and the DPS should come clean about. It is not merely a matter for the Speaker and the Senate president to reassure us without much in the way of explanation. Nor is it simply a matter for a parliamentary committee, let alone one meeting in camera. If it was the department of finance commissioning the report, it is a relevant matter that its reputation for organising reviews of integrity at genuine arm’s length from ministers has been shattered. This is because it commissioned a law firm to judge the allegedly improper conduct of a minister who had once been a partner in the very same law firm. Only a report from a secretary of the prime minister’s department could command, prima facie, less respect.

It is, again, a loose end that needs to be tidied up, not least with a copy of the terms of reference of the inquiry, and of the report. Here’s betting that the terms were drafted in such a way as to narrow, rather than widen the inquiry, and to conceal any crime, rather than provide any help or support for a victim. Perhaps the DPS has a culture problem too.