The AUKUS and nuclear submarine decisions leave Australia exposed on a range of fronts and reinforce the need for war powers to be properly regulated by Parliament.

The AUKUS military agreement committing Australia to buy nuclear submarines and to align its defence with two nuclear powers, the United States and the United Kingdom, was announced without documentation, and without consultation or debate within civil society or indeed Parliament. This critical and misjudged decision serves to reinforce the need for a democratic framework for the exercise of war powers, including preparations for defence and military escalations of force.

It is a costly mistake diplomatically, shows disregard for the intentions of the Nuclear Non-Proliferation Treaty, and reinforces white stereotypes of Australia’s role in the region that will take many years to correct. In addition, this decision will divert a massive expenditure to war plans, at a time when we need to pay for the pandemic and restore health, education and environmental services and rebuild the economy: all achieved with a single announcement, outside Parliament.

Australia’s history is based on an invasion against the Indigenous peoples. This has left a deep psychological projection that such an event could happen to the present occupiers of Australia. This fear has been heightened by Australia’s geographical remoteness from the people and culture of the European “mother country”. The settlers never reconciled with the First Nations peoples.

Despite the Uluru Statement of the Heart pointing to another way, the AUKUS decision is a retreat into the past, and to a mistaken belief that forward military posts and shows of force help will provide security. They only expose insecurity.

There is also another racist element to this fear, the fear of Asians. The settlers entered into a region surrounded by Asian lands and cultures and preferred to isolate themselves from these neighbours and their cultures.

Feelings of vulnerability led Australia to seek the protection of a ‘’Great and Powerful Friend’’, initially Britain. This fear and racism led the newly federated Australia to adopt the White Australia Policy and oppose an equality clause in the Treaty of Versailles.

This fear was heightened during World War II when Britain was unable to provide the protection that Australia wanted, and John Curtin sought the prime protection of the US.

They ignored the fact the alliance only commits the US to ‘’consult’’ in matters of security in the Pacific, and assistance only would be provided in cases where the self-interest of the US coincided with that of Australia. On issues such as Indonesia’s policy of Konfrontasi in the 1960s, this did not happen. The US chose to support Indonesia rather than Australia. Australian policymakers have been recognised as being anxious about the occurrence of such situations holding a ‘‘fear of abandonment’’.

Only weeks after the end of the 20-year debacle in Afghanistan, Australia’s embrace of the AUKUS agreement ignores contemporary realities, harking back nostalgically to the Anglocentric, Cold War worldview of the Menzies era. It ignores the potential for a diplomatic and shared security that is based in confident, egalitarian, multilateral regional relationships. Without Australian leaders’ understanding of the technologies of peace, rather than war, both within and beyond our borders, the country risks making grave errors of judgement.

Countries throughout Europe and the Pacific Islands are stunned by the secrecy in which this agreement was negotiated which has led to a loss of trust and respect for Australia.

Given range and capability, the intended role of the nuclear submarines appears to be for Australia to provide support for the US military in the South China Sea, thousands of kilometres beyond our economic zone. This ties Australia more deeply to the US military strategy and entails a further loss of sovereignty. Any incident could involve Australia in an unwanted and unintended war which quickly could escalate into nuclear war.

Australia needs to accept the fact that China’s economic and geopolitical power is growing. Rather than naively trying to control China militarily as the US is attempting to do (a strategy which also has implications for US battle plans against other nuclear-armed states such as Russia and North Korea), Australia should seek ways to strengthen diplomatic and economic relationships with China and co-operate with our neighbours to resolve conflicts and extend trust.

The nuclear-powered submarines are only part of the AUKUS agreement. The Australian government has agreed to permit ‘‘the rotational deployment of US aircraft of all types in Australia and appropriate aircraft training and exercises’’. The government has agreed to facilitate ‘‘increasing logistics and sustainment capabilities of US surface and subsurface vessels in Australia’’. In addition, Australia has agreed to ‘'[E]stablish a combined logistics, sustainment, and maintenance enterprise to support high end warfighting and combined military operations in the region’’. All of these actions which are euphemisms for establishing US bases in Australia, further undermine Australia’s sovereignty.

The proposed nuclear submarines require highly enriched uranium fuel, where U-235 has been enriched to 93–97 per cent (i.e. sufficient for use in nuclear weapons; naturally occurring uranium contains only 0.72 per cent U-235). Australia’s involvement would weaken International Atomic Energy Agency (IAEA) safeguards and open up the possibility of diversion of nuclear fuel into nuclear weapons. Tariq Rauf, former head of verification and security policy co-ordination office reporting to the director general of the IAEA declares:

‘‘The claim by AUKUS states that a critical objective of this co-operation will be to maintain ‘the strength of both the nuclear non-proliferation regime and Australia’s exemplary non-proliferation credentials’ and that they will be ‘engaging with the IAEA throughout the coming months’ is at best an oxymoron.’’

Will Australia embark on a nuclear enrichment program with large centrifuges? Will Australia introduce a nuclear industry, including nuclear power, as part of this program?

The impact of AUKUS will be to destabilise the region and could lead to a nuclearising arms race. The AUKUS submarine plans will place pressure on nuclear-threshold states, Japan and South Korea, to demand equal treatment and pressure would build within their countries to acquire nuclear weapons. Other countries, e.g. Argentina, Brazil, Canada, Iran, and Saudi Arabia, may also wish to acquire nuclear-powered submarines — and through it, draw closer to nuclear weapon capability.

If Iran develops nuclear submarines, then Israel will feel threatened and attempt to adopt counter measures. India will be tempted to expand its nuclear submarine fleet which will provoke Pakistan to arm itself with nuclear submarines. An anti-Quad will form, comprising China, Russia, Iran and Pakistan, to oppose the Quad of the US, Australia, Japan and India.

Regional countries are concerned about Australia acquiring nuclear-powered submarines. Both Indonesia and Malaysia have come out strongly against Australia’s plan and Singapore has expressed concern. They fear the AUKUS agreement will lead the West to take a more aggressive stance against China and that Australia joining AUKUS will lead to it acquiring nuclear weapons.

Nuclear-powered submarines are complex, and maintenance and operational activity will require Australia to rely on and become more deeply embedded in the US and UK technical support systems. The consequence is loss of sovereignty and the ability to act independently. As stated bluntly by Mike Scrafton, a former ministerial adviser to the minister for defence: ”Australia has effectively surrendered its right to say what kinds of military platforms and weapons can be brought on to, or stationed in, its territory”.

In the longer term, however, acquiring these nuclear skills in Australia creates a professional group with skills that can be surreptitiously diverted to proliferation (Australia’s very objection to Iran’s nuclearisation).

As for claims that nuclear submarines are quieter: diesel engines can be switched off, but nuclear-powered craft cannot — and so can be detected by increasingly sensitive sonar.

While nuclear submarines can go further (well beyond economic zone limits), they are also more expensive, and so there will be fewer constructed.

The nuclear submarines will produce high-level nuclear waste, which is extremely toxic and possesses very long half-lives. None of the nuclear waste sites have capacity to remain robust and secure for 12,000 to 26,000 years. There is a risk of irradiation from a maritime nuclear-power accident.

By nuclearising, Australia brings us closer to the “one hundred seconds to midnight” (Bulletin of the Atomic Scientists) that would have a cataclysmic effect on our global environment

If the role of the new submarines were to defend the coast of Australia and environs, then conventionally powered diesel-electric submarines are quieter and more cost-effective.

Nuclear-powered submarines are hugely expensive. Such expenditures cannot be justified. The number of jobs created are fewer than funds in the civilian sector. Australia could better spend this money on the climate crisis, bushfire, biodiversity and environmental protection, obtaining food and water security, providing effective pandemic protection, and improving the health and education systems.

In short, the AUKUS and nuclear submarine agreement, created opaquely outside Australia’s democratic processes, lurches us into dangerous waters, diminishes our sovereignty, and risks our country stumbling into an unimaginable conflict with devastating consequences for many nations beyond our own.

Australia’s misplaced dependency concentrates on military approaches to international relations. Rather, Australia should join other middle powers to incorporate integrated diplomatic and foreign aid approaches, and multilateral regional and global governance, based on co-operation and shared security.

The money that is being spent on militarising our economy should be reinvested in sustainable production and services to address human and environmental needs, especially the existential requirements of the climate emergency, the pandemic, biodiversity loss, economic injustices, and food and water security. In so doing, Australian leaders will be reimagining the sort of place Australia is, and the sort of people we dare to be. 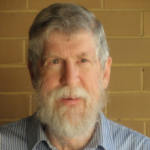 Dale Hess is a member of the Peace and Social Justice Network of the Victoria Regional Meeting Religious Society of Friends (Quakers). 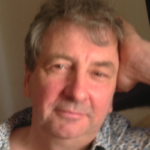