Institutional arrangements are complex systems, shaped by history, geography, and culture. The objective should not be to identify a one-size-fits-all approach, but rather to devise the combination of characteristics that would deliver the greatest good for the greatest number of people, with the right checks and balances.

As long as the US clings to its identity as a free-market system, it will struggle to address its challenges. Instead, what President Dwight Eisenhower warned against in his farewell address – the “acquisition of unwarranted influence” by the “military-industrial complex” – could continue unabated (though today it might be renamed the “military-industrial-tech-financial-media complex”).

This might go some way toward explaining why trust in US institutions is so low today. Of the 26 countries ranked in the 2020 Edelman Trust Barometer, the US ranked 18th for trust in NGOs, business, government, and media among the general population. In 2021, it ranked 21st.

By contrast, Chinese NGOs, business, government, and media together enjoyed the highest level of trust in 2020. While that level fell by ten percentage points (from 82% to 72%) in 2021, China remains in second place.

This probably reflects the fact that China has proven its ability to translate policy goals into concrete projects and programs, with visible benefits for the entire population, not just the elites. According to a recent study based on survey data from 2003 to 2016, “China’s poorer residents feel that government is increasingly effective at delivering basic health care, welfare, and other public services.”

To the German political scientist Sebastian Heilmann, China’s “unorthodox” policymaking – together with the Communist Party’s resilience – makes the country a “red swan”: a “deviant and unpredicted” challenge to the Western model of development. We would argue that China is not an aberration at all, and its success should not be shocking.

China has made the most of central planning to pursue an adaptive and experimental policymaking process, by which institutional structures are constantly updated to reflect new ideas and best practices, adapted to local conditions. As Jiang Xiaojuan recently pointed out, the “will at the top” is vital to progress, as it prevents deadlock on complex issues like climate change, where vested interests can easily block progress.

China’s system of policy experimentation, implementation, and institutionalization of reform “algorithms” to support constant adaptation in a constantly changing environment has been a game-changer for the country’s development. The proof is in the results.

This article was written by Andrew Sheng and Xiao Geng and republished from Project Syndicate 25 May 2021. Click here to read the original article. 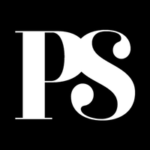