Do the ABC’s journalistic standards matter? That’s a leading question! 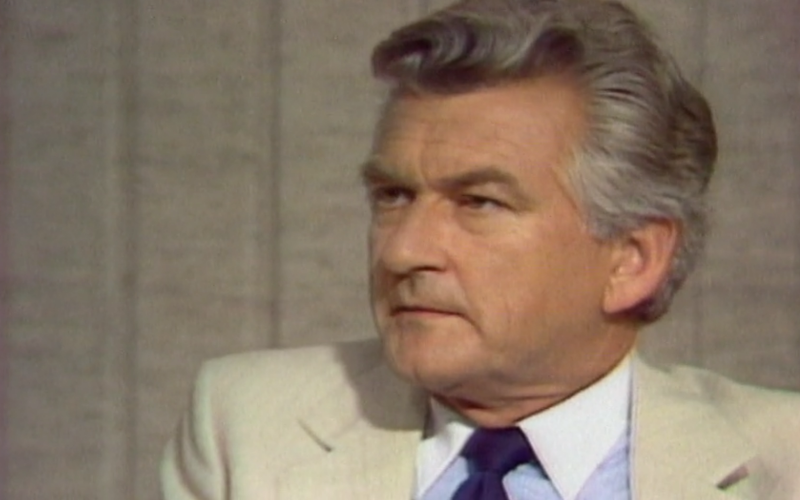 Interviewers today are fixated on achieving their own version of Richard Carleton's “gotcha” moment when interviewing Bob Hawke in 1983. (Image: Vimeo/ABC News Back Story)

The ABC’s integrity could be undermined if its journalists continue to use interview techniques that allow those in power to avoid accountability.

It’s a truism that most people pay little attention to the way journalists structure their interviews. Understandably, they’re more interested in the answers. A “good” performance by an interviewee can enhance their public image so it’s vital for them to appear confident and, especially for the politician, to look and sound sincere even when they’re being loose with the truth. Occasionally, though, a response has repercussions through what’s called a “gotcha” moment.

Many readers may not recall February 3, 1983, but it was a highly significant day, at least for political “tragics” — the day Bob Hawke deposed Bill Hayden from the Australian Labor Party leadership. That evening, the ABC’s Richard Carleton began an interview with Hawke, asking: “Mr Hawke, do you feel embarrassed by having blood on your hands?” Hawke went ballistic, calling the ABC’s star political reporter a “damned impertinence” and denying furiously any involvement in Hayden’s overthrow. Some judged it to also be a “Hamlet moment”, that is “methinks he doth protest too much”.

While a moment now dimmed in memory, the incident has disturbing echoes for today’s ABC, and for those of us who highly value its almost 90 years of contribution to our society.

The Hawke episode was an object lesson, though, for politicians. All political parties began developing teams of media advisers to train MPs in sticking relentlessly to their “key messages” and avoid saying or doing anything that might be damaging.

Yet, inexplicably, the majority of ABC journalists have adopted as everyday practice long-repudiated interview techniques that actually
assist the avoidance of straight answers and, thus, the public accountability essential to a well-functioning democracy.

The worst example is the “leading question”. Like the one asked by Carleton, it invites the guest to agree with a proposition, often with the aim of showing them in a bad light (“Do you concede your climate plan will fail?”). But long experience shows it rarely works. While many journalists, like me, thought Carleton “nailed” Hawke, many viewers considered Carleton excessively rude. Today, with much more self-disciplined and well-trained politicians, leading questions are even less helpful, especially for audiences seeking the whole truth.

While techniques and usage change over time, this advice is still highly relevant but, curiously, ABC editorial guidelines don’t even mention leading questions, let alone the concerns about their usefulness. Nor do they reference the long-established and greater effectiveness of comprehensively researched and carefully structured “open” questions: (“What precisely is the evidence to support your decision?”; “Who provided it and what are their qualifications?”).

It seems most interviewers today are fixated on achieving their own Carleton-style “gotcha” moments, expecting, unrealistically, that current politicians will willingly incriminate themselves. It has all become depressingly predictable as politicians of all stripes continue to easily brush such questions aside, saying only what suits their own purposes.

Leading questions also pose another real hazard, especially for ABC broadcasters; one that goes to the heart of the ABC’s charter obligations (which don’t apply to their commercial counterparts). If a question implies a predetermined answer, the interviewer may well be perceived as “biased”. Yet the most constant charge thrown at ABC journalists is that they are already firmly biased toward the left. Does the ABC really need this endless allegation to be given even a shred of credibility through poorly structured questioning?

Additionally, leading questions are not only today’s accepted “standard”, but are frequently flagged with an introductory “Do you think that…” or a close variant. It emphasises that a leading question follows but, worse, also opens the door for the “message of the day” response to begin with a condescending: “What I think is…” Why this doesn’t send warning bells to interviewers (and their producers) I can’t fathom, although an ABC personality on The Drum did announce recently: “I know I’m not supposed to ask leading questions, but here’s one anyway.” Her rationale for offering this mea culpa remains a mystery.

In comparison, it’s unsurprising that US-based reporter Jonathan Swan’s 2020 interview with then US president Donald Trump went viral. Swan pressed Trump with questions based on evidence rather than subjective presumption, frequently leaving the president floundering. Furthermore, Swan was unfailingly respectful, even playing cleverly on Trump’s ego with some judicious flattery. It was an object lesson for the ABC colleagues of Swan’s father Norman.

It would be bad enough if over-use of leading questions were journalists’ only sin, but they also gratuitously provide other “free kicks”, such as “double-barrelled” questions: asking a question then adding a possible answer, or unjustifiably interrupting an answer. None of these ill-considered constructions encourage transparency – just the opposite. Not to mention the raft of everyday lapses in standard grammar, clear diction and engaging presentation, all key elements in achieving unambiguous and authoritative communication.

Yes, times and usage do change, but the basics of good journalism do not. Few of the ABC’s interview/discussion programs are free of these errors, especially not the TV panel programs whose presenters, despite their undoubted talents, are arguably the most blatant everyday
over-users of leading questions, especially the “Do you think…” variety.

But it’s not only the on-air journalists we should expect better from. At every level, from ABC senior news executives through state and territory editors to the “working journalists” across all platforms, these basic yet critical shortcomings appear to go unaddressed.

If the ABC is to preserve its reputation atop Australian journalism, a major reassessment is needed. With the ABC already under the hammer for alleged journalistic lapses in associated current affairs programs and the head of news recently resigning, a national review of ABC journalism management structures and quality standards at all levels is both timely and appropriate (ABC budget problems notwithstanding).

We understand the ABC is to appoint an executive especially to manage journalism standards. Surely, quality control should be an automatic, daily priority for every ABC news and current affairs executive, including the managing director, aka “editor-in-chief”. Anything less is likely to result in a further reduction in ABC quality journalism and a decline as Australia’s most trusted news and current affairs organisation. That’s not something the ABC can afford. Nor can Australia. 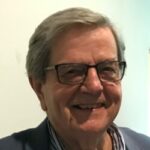 Eric Hunter’s 20-year ABC career spanned all states and the ACT while occupying a range of responsibilities, primarily in radio and TV journalism and state and national program management. He undertook overseas assignments for the ABC and in 1967 participated as a presenter in two historic live international TV firsts, ”Expo ‘67” and the BBC’s “Our World”. In 1976 he was awarded the UK’s prestigious Imperial Relations Trust Scholarship, enabling a six months study of broadcasting, politics and governance in Britain. Post-ABC, he spent 25 years in communications management and as a journalism lecturer at the University of Canberra.