Does the Taiwan issue have to be a ménage à trois? 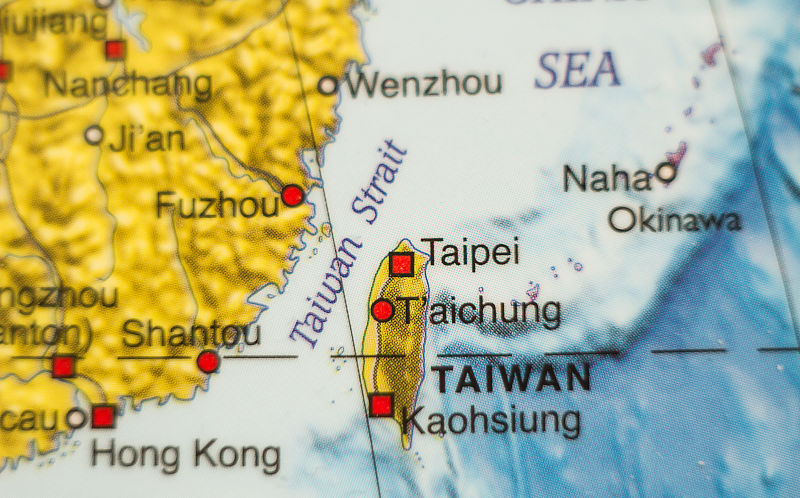 The rising tension over Taiwan is not the making of either of the two Chinese parties to the dispute. After all, the fundamental problem has been the same since its inception. It was an unfinished civil war between two political factions, the Kuomintang and the Communist Party of China, over control of the country after World War II. Matters became more complicated when the United States decided to involve itself in the conflict.

Fresh from a war in Korea (Korean War, 1950-1953) where the Chinese fought on the side of the North Koreans, the US realised the importance of Taiwan as a strategic asset to contain the rise of the Chinese communists. They signed a Mutual Defence Treaty with Taiwan in 1954 (effective until 1979) to protect the Kuomintang government and prevent takeover of the island by the mainland Chinese. It is important to note that the Republic of China at that point in time was not a democracy but a dictatorship under Chiang Kai-shek. Even after the US recognised the PRC as the sole legal government of China in 1979, it maintained its defence of Taiwan through the Taiwan Relations Act which obliges the US to provide Taiwan with sufficient arms to defend itself and ambiguously indicated that it would not tolerate a takeover of Taiwan by force. This was followed by the Taiwan Policy Act that was passed on September 14th 2022. In September 2022, US President Joe Biden stated explicitly that the US would come to the defence of Taiwan in the event of an attack by China. Certainly, the insertion of a third party with an agenda of its own into an already difficult situation further complicates matters and exacerbates the level of conflict.

An evaluation of a selection of the major American military adventures since WWII i.e. the Korean War; the Vietnam War; the problem in Taiwan; the CIA involvement in the 1965 coup in Indonesia which overthrew the left learning government of Sukarno and its replacement by the Suharto government; the Cuban Missile Crisis; US support for the Contras against the Sandinistas in Nicaragua; and even the proxy war in Ukraine today indicates that they derive from a pathological fear of communism. Geopolitical interferences of this nature have resulted in a nuclear arms race that puts the safety and welfare of the rest of the world in peril.  China’s decision to develop the atom bomb in the late 1950s was motivated by the threat of a Western monopoly on nuclear weapons. A recent paper (18/07/2022) by Ong Zha highlights the rationale: “Many people are familiar with Mao’s statement that nuclear weapons are paper tigers. …they will become real tigers if a state does not have them; and that the development of nuclear weapons ‘is a destiny-determining matter.’ … and that nuclear deterrence is thus a necessary means for eliminating nuclear threats and the West’s nuclear monopoly.” Chinese Nuclear Thinking Final PDF Mao’s enigmatic statement about paper tigers suggests that destructive weapons will not defeat people with strong ideologies.

True to Mao’s assertion, the use of military threats today have not only been mostly counterproductive, they also evoke responses that are just as threatening. Countries that feel threatened respond by building equally menacing weapons. Over the recent tensions between China and the US, there are reports that China is increasing its arsenal of nuclear weapons from around 300 to above a thousand. Nevertheless, the Chinese have kept to Mao’s words that their nuclear weapons are meant for self defence. China has stated repeatedly and categorically that it will not be the first to use nuclear weapons in a conflict. On the other hand, the US, which considers China its most important adversary, has not made any such undertaking. An example of the US’ willingness to use nuclear weapons on China occurred in 1958 when China launched a military attack on Taiwan. This was revealed by Daniel Ellsberg who challenged the Justice Department to charge him for spilling classified information about the Taiwan crisis (Charlie Savage, New York Times, 22/05/2021). Plans to drop nuclear bombs on China were abandoned only after China stopped its attack on Taiwan.

What the US has not learnt from its numerous military adventures around the world is that:

Post WWII American wars have been waged mainly against communist or extreme Islamic regimes, mostly to no avail. They were essentially ideological warfare. As Afghanistan and Iraq have demonstrated, theocracy is making a comeback e.g. the Taliban and Shiite Islam respectively. America’s retreat from Vietnam did not result in the neighbouring Southeast Asian countries falling like dominos. Muslim dominated countries like Indonesia, Malaysia and Brunei have endured. So has the monarchy of Thailand. Only Cambodia and Laos became communist states because they were victims of the Vietnam War. They have now become enviable members of one of the most successful trade and dialogue blocks in the east, ASEAN.

Until the US and its allies, and Russia, shed the idea that the threat of force is the only answer to any territorial dispute, we will not have the benefit of feeling safe. More immediately disquieting is the proclivity of the US and its allies to flex their muscles by sending warships and planes to the Taiwan Straits. An accident could happen that triggers a hot conflict. For example, Oren Libermann reports that on the 21st of December, a Chinese Navy J-11 fighter jet came within 20 meters of an American Air Force RC-135 Rivet Joint reconnaissance plane (CNN, 29/12/2022).

The risk of a war and possible nuclear catastrophe can be averted if the two Chinese parties to the conflict begin talking and exploring peaceful reunification. If patience is a Chinese forte, then time is not of essence. In any case, two is a smaller number than three.