Doherty has ditched the pledge to First Nations Australians 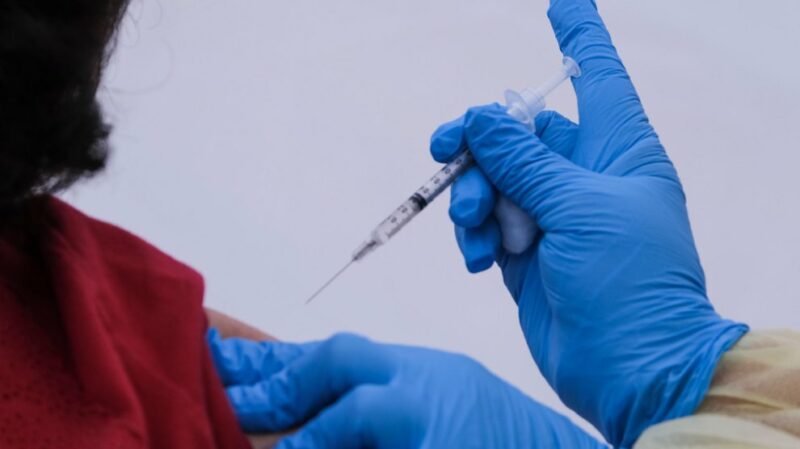 The Doherty Institute says it’s committed to Indigenous Australians, but it fails to protect marginalised communities.

“We are committed to collaboration with Aboriginal and Torres Strait Islander communities to reduce the unacceptable burden of infectious disease.”

Yet Doherty has totally dumped on our First Nations people in providing Prime Minister Scott Morrison with a blunt instrument which he will use to coerce Australians and our state and territory leaders into dangerous vaccination targets. The Doherty model is unconscionable for what it could do to Indigenous Australians, and to other marginalised communities.

The above quote appears on the bottom of the Doherty Institute website. Yet its report to national cabinet makes no mention whatsoever of impacts on Indigenous Australians. Not a word! Nothing that even hints that they considered them as a specific group in the 70 per cent and 80 per cent transitions. The only mention is of future next steps that may include extension “of this work to state and territory level, focusing on key subpopulations including First Nations Australians”.

The national plan is a perfect example of the abuse of statistics.

As a minimum Doherty needs to return to the original priority groups for vaccination published in January – COVID-19 vaccine roadmap. The 7 million people listed in groups 1a, 1b and 2a, which include Aboriginal and Torres Strait Islander people, must be given a fair opportunity of being fully vaccinated if they wish to before any transitioning and relaxing of restrictions occurs.

Doherty’s ‘next steps’ will be too late for the marginalised!

There are vague allusions in the Doherty report to the culturally diverse and population subgroups, but the key failure is that their report, as presented, basically treats Australia, its cities, states and people as homogenous. Thus the transitioning between phases A and B at 70 per cent and B and C at 80 per cent in the national plan, with consequential easing of restrictions, effectively applies equally across all of us! There is no mention of pockets of unvaccinated, disaffected or disadvantaged. Words like disabled, ethnic, language, migrant, elderly or vulnerable appear not once!

The words socioeconomic and cultural each make one appearance.

This article from The Conversation, “Opening up when 80% of eligible adults are vaccinated won’t be ‘safe’ for all Australians”, summarises in cogent detail the pending disaster for sub-populations, especially Indigenous Australians.

It notes, “Risks of COVID-19 infection, serious disease and death are not equitably distributed. They disproportionally cluster among the most disadvantaged. Vaccine access and uptake is also lower in many disadvantaged groups.”

Unfortunately, the Doherty Institute has given the PM two numbers which he will use to beat Australians around the head. He will constantly use the 70 per cent and 80 per cent vaccination rates regardless of whether progress around the country is well distributed and targeted fairly.

On Saturday September 3, in saying that international border would open for states that hit vaccine targets, Morrison said: “The national plan was agreed by all states and territories. It’s a plan that is actually going to see Australia open up again and move forward again.”

The national plan does allow for individual jurisdictions to reach 70 per cent or 80 per cent later than the whole nation. However, it is likely the four south eastern jurisdictions of NSW, VIC, TAS and ACT will get there first, while lagging states will be badgered into opening up prematurely. The bullying, intimidation and fiscal coercion will be intense, especially for WA and QLD.

This article notes, “Many believe the Doherty report is being used by the Morrison government as a smokescreen for decisions it wanted to make anyway.”

In particular, expect him to be lining up some of the states to fail the compact that “they agreed to” so he can blame them for their deaths and hospital crises.

But we note here that people can’t get vaccinated if our PM did not order enough vaccines! Or if a state leader gives first grab at vaccines to those living in their capital city. And we note that removal of restrictions at 70 per cent or 80 per cent transition may allow the vaccinated and unvaccinated, whether infectious or not, free movement within states and into unvaccinated communities.

Does Doherty need a better example than Wilcannia: “The number of cases in the remote far western NSW town has climbed to 97. There are only 745 people living in the community in total, and more than 60 per cent of them are Indigenous”!

Since the start of the pandemic we have been warned that there are various groups at much higher risk of hospitalisation and death from Covid than others, especially our Indigenous population.

Many of the 7 million in these top priority groups remain unvaccinated, almost all through no fault of their own.

From the 2016 census we can conclude the following:

Data and reports about our First Nations people and how they are disadvantaged in so many ways are not hard to find.

Yet the modelling the public has seen ignores pockets of unvaccinated amongst disadvantaged groups, pockets that would be ravaged once the virus gets in. Did Doherty investigate how many places like Wilcannia don’t have an intensive care unit within 200km?

We can work out the transition points for their model. Assume that the eligible population will soon be redefined as 12 years and older. There are 4 million children under 12. That gives 21.5 million eligible for vaccination, out of approximately 25.5 million Australians.

Transitioning between phases A and B is, in theory, triggered when 15 million or 70 per cent of 12+ are vaccinated. That still leaves about 6.5 million aged 12 or more who are not vaccinated.

Transitioning between phases C and D is, in theory, triggered when 17 million or 80 per cent of 12+ are vaccinated. That still leave 4.5 million of the 12+ unvaccinated.

While in practice the numbers could be lower, we gain an idea of the magnitude of the marginalised or disadvantaged who are not vaccinated, to face the full force of the virus when we open up.

Add approximately 4 million children aged under 12 who still may get sick and spread the virus.

We note again, that when we transition, everyone – vaccinated and unvaccinated, infectious or not – may be allowed free movement within jurisdictions and into unvaccinated communities.

However, Doherty’s model could have recommended vaccination for those of the 7 million most at risk who want to be vaccinated, before any relaxation of restrictions took place. That would put First Nations people at the front of the queue. The transition points from phase A to B would then occur when 17 million (70 per cent) of the eligible population (12+) are vaccinated, and 19 million (80 per cent) to move from B to C.

All could be done in parallel, with extra tens of millions of vaccine doses due. It would protect the vulnerable and avoid hospitals being overrun.

The following table uses several sources of data and provides a broad comparison between jurisdictions and statistical areas. Statistical area 4 (SA4) is the largest sub-state collection region. Some of the SA4s in the larger states are as big as NSW. We highlight the WA data to indicate the problems of our largest state. Of all its 10 SA4s, the lowest vaccination rate is currently 16 per cent (Min SA4) for one dose and the highest 35 per cent (Max SA4) compared to the WA rate of 52 per cent and the nation’s 61 per cent. For two doses the lowest vaccination rate is 7 per cent and the highest 25 per cent compared to the nation’s 36 per cent.

You can explore further SA4s here and here.

It is easy to show how indigenous vaccinations rates will be buried under Doherty.

We saw above that vaccination rates vary markedly between and within states and territories. We note though that while the national rate can reach 70 per cent or 80 per cent, individual jurisdictions do not transition until they too reach those rates, and indeed, under the plan, are not compelled to when they do.

We predict the four jurisdictions with the largest areas and substantial Indigenous populations – WA, Qld, SA and NT – will lag the four in the SE of Australia. We can show that we can reach the national threshold for 70 per cent vaccination when over 75 per cent of NSW, VIC, Tasmania and ACT are vaccinated while the other four are only at 60%. And we can estimate that Australia can reach the overall 80 per cent threshold when the four smallest in area reach over 85 per cent while the other four have not yet made it to 70 per cent.

We can also show that the nation can pass the 70 per cent threshold when the eight state and territory capital cities (which include two thirds of our population) reach 80 per cent while regional (non-capital) Australia with a relatively larger Indigenous population has not yet reached 50 per cent.

A phenomenal failure in policy making or sad hypocrisy?

The Doherty model ignores uneven vaccination rates amongst different jurisdictions, regions and groups. It allows the most advantaged – those with wealth and health – to push us over the 70 per cent and 80 per cent thresholds, while coverage for the rest will be much lower, to face the full force of Covid.

As a disease spread to the vulnerable, the defenceless and the innocent, perhaps history will be repeated: when it arrived with our first European settlers, smallpox wiped out swathes of the Indigenous population.

The Doherty findings are unconscionable and, according to many experts, not even workable. Before opening up, every at high risk Australian has to be given a fair opportunity to be vaccinated.

It seems Doherty will be releasing some revised modelling in the coming days. If it doesn’t address the Indigenous vaccination issue, we will soon have hundreds of places like Wilcannia and Dubbo on our hands.

Perhaps the damage has already been done, with the PM given the statistical transition weapons he wants.

Does Doherty dare correct its oversights? Or does it fear being next to end up under the PM’s bus, the bus under which it has just thrown our marginalised communities?

On its website the Doherty pledge quoted earlier is preceded by: “We acknowledge the Wurundjeri people of the Kulin Nation as the traditional custodians of the land where our Institute stands.”

It might also add “and where the report to national cabinet was prepared”.