Titles such as the World Congress of Families, or the International Organisation for the Family, sound like worthy gatherings. After all, family is ‘the basic unit of society’, right? It’s the place where children are nurtured, learn the values and mores of their society, how to interact with others, how to relate to the wider structures of society.

But only, it seems, if the family comprises a married man and woman, certainly not a same-sex couple or a de facto couple, even a divorced couple, or a single mother and now, surprisingly perhaps, not even if that married couple is from the Islamic faith. For in the minds of those attending the recent World Congress on Families in Verona, Italy, evil is conjoined between anything smacking of LGBTQ practice and Islam which is (according to Italy’s Minister for the Interior Matteo Salvini) ‘the real danger to women’ because in Islamic extremism ‘women are worth less than nothing’.

It’s that sort of slide in logic that lies behind the rising appeal of far-right populism in countries such as Austria, Hungary, Denmark and Norway. It’s not just an economic fear of the refugee influx and competition for jobs; it’s an emotional appeal to hang on to traditional family relationships, narrowly defined. Link Islamic terrorism with gay rights (a very odd juxtaposition), the suppression of women’s rights and, somehow, the family becomes a populist symbol of attacks on all ‘traditional’ institutions.

It is now over two decades since I left the Australian Institute of Family Studies (AIFS), but I well recall the attacks from right-wing groups on my appointment. I was, according to Babette Francis of the group Women Who Want to be Women (WWW), a pro-feminist, radical academic, totally unsuited to running an Institute doing research on ‘factors affecting marriage and the family’. Her politician husband Charles Francis had attacked me, along with others on the Victorian Status of Women Committee which drafted the first laws about equal status, as ‘a communist sociologist from La Trobe’. The real Lefties were laughing.

Babette Francis read every report and media story the AIFS released and wrote lengthy rebukes attacking the Institute’s research. I always replied, only to get another even longer letter justifying her critique. Her letters stopped coming as she used more political methods to undermine the AIFS. At that stage, her influence on the international scene was small, but she had her contacts and her allies. One was Senator Brian Harradine who, at an international conference in Belgium, upset a group of leading women from several countries who asked me why the Australian Government was so strongly opposed to abortion rights for women. I said it was not. I disabused them of Harradine’s power. But he was very active. So too, in later years, was MP Kevin Andrews, always highly critical of my direction of the Institute’s research, and pushing conservative family values at every venue he could find.

That’s a long time ago, but I should not have been surprised to learn that both Francis and Andrews are still busy, currently involved in the far-Right American and European push against abortion, LGBTQ movements, equal opportunity for women and the Islamic ‘invasion’.

Babette Francis converted WWW into what is called the Endeavour Forum, which aims ‘to defend the legitimate rights of  traditional women in families and the right of male breadwinners to get jobs’. They are opposed to abortion (which they allege is linked to breast cancer) and high taxation, ‘liberal perverted sex education’ and all ‘liberal-minded philosophies and politicians’. She has led teams to many UN conferences to protest the UN’s Convention on the Elimination of All Forms of Discrimination Against Women (CEDAW). She is closely linked with the US-based World Congress of Families (which honours anti-abortion campaigner Phyllis Schlafly and is supported by ex-Trump favourite Steve Bannon) and, most recently, was a speaker at the highly contested WCF conference in Verona, Italy.

To give a flavour of that March 2019 Verona conference, other key speakers were Hungary’s Viktor Orban who attacks George Soros as a wealthy Jew funding a Leftist agenda to remake the family and society; Italy’s far-right Lega Party leader Matteo Salvini; European Parliament president Antonio Tajani who praised fascist leader Mussolini (retracted after an outcry from his fellow members); and Ed Martin, head of US LGBT hate group, the Phyllis Schlafly Eagles. Their anti-Muslim, anti-gay agenda (hosted by Verona which has the reputation of being a model far-right city) was opposed by Italy’s governing partner the 5-Star Movement (its leader Luigi Di Maio saying the gathering was ‘a bunch of right-wing losers’).

A petition signed by over 100,000 trade unionist and feminist signatories called on the government to revoke its support and Prime Minister Conte ordered them to remove the Italian government’s logo from their branding. Pope Francis refused to attend, though some opposing Cardinals (such as Salvatore Cordileone of San Francisco) did so. Under fire for attending, Matteo Salvini insisted Italy ‘needs to bring children into the world’, but he ‘has no intention to remove rights that already exist, such as abortion, civil marriages and divorce’.

None of that will deter people like Francis or Andrews, warriors of old for ‘family values’, but now associating themselves with anti-Muslim attacks and far-Right political movements. We not only have Pauline Hanson and One Nation, along with other ‘independent’ populist members of parliament, we have these two representing their views as representative Australian positions on the world stage. Hopefully they are as ineffective now as they were when attacking legitimate AIFS family research.

Dr Don Edgar was foundation Director of the Australian Institute of Family Studies, and is an Ambassador for the National Ageing Research Institute (NARI). 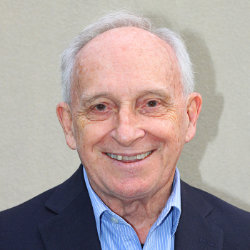