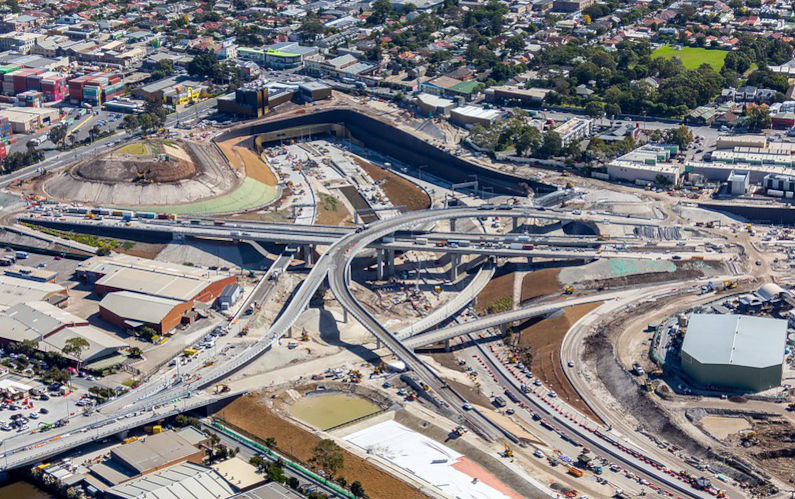 It is impossible to avoid the conclusion that road spending is way too high, priorities are wrong, and there is a roads empire which is out of control.

For the past few years, posts in Pearls etc. have pointed out national failures in road policy, notably road spending greatly exceeding – by billions of dollars annually – road related revenues. The cause is galloping increases in spending rather than falling revenues.

The statistics are drawn from official reports by the Commonwealth Bureau of Infrastructure, Transport and Regional Economics. Usually, the relevant report is released a few days before Christmas.

The figures are diligently ignored. Indeed, vested interests periodically spread misinformation to the contrary. They argue for increased road spending along the lines of ‘motorists already pay their way’ or ‘the Commonwealth should spend what it collects from roads’ – forgetting State and local governments spend far, far more than they collect.

The most recent statistics, up to 2019-20 – including the first months of the pandemic, are dismaying.

Real spending increased by 26% over the five-year period. The increase would have been greater but for Covid restrictions impacting construction.

The spending increase vastly outstrips modest increases in road use. In the pre-Covid period to 2018-19, the 5 year and 10 year increases in vehicle kilometres travelled were 4% and 13% respectively. Private car use growth was even slower – 1.6% and 8.8%.

The Covid effect on road use is evident in the 2019-20 figures with a 5% fall in road use, 7% by cars. In contrast, real road spending increased by 1.4% – whatever effect Covid might have had.

In principle, road revenue should substantially exceed spending, to suppress and deal with the adverse ‘external’ effects of road use including pollution, loss of amenity, noise, and congestion. Australia is well along the wrong path.

The figures indicate the rot set in around 2007-08. Prior to then, road revenues more or less covered road spending. Since then, road finances have been an ocean of red ink – the aggregate financial deficit being over $63bn – averaging over $4.5bn a year. These unwarranted subsidies dwarf most Commonwealth programs, probably including submarine acquisition and sustainment.

Worse, many observe a deterioration in the roads they use. There is a significant maintenance deficit for local and – at least in NSW – State roads.

Further, the trucking industry is still frustrated by obdurate road bureaucracies who impose their own border rules, without good reason, preventing the most efficient freight vehicles using the roads. Such inertia is part of the dividend from governments spending $63bn of your money – on top of what you pay in charges.

It is not as if there is much evidence of any gain from such largesse. Many of the published ‘economic assessments’ of road proposals – like WestConnex – are suspect to say the least. None consider the overall fiscal position of the sector. Road users are locked out of decision making. Reasons for decisions on projects are usually opaque and cloaked by unjustifiable ‘confidentiality’ claims by Governments.

It is highly likely these facts reflect institutionalised rorts and appeasement of the infrastructure club – something a Federal corruption commission would be unable to address if it focussed on individuals or particular cases.

Of course, the Commonwealth is not entirely, directly, to blame for the disgrace of Australian road policy. States control the roads and most of the spending. However, the Commonwealth Government is supposed to lead the Federation – as Prime Minister Hawke did when all the States agreed to a national heavy vehicle registration and charging process. There has only been backsliding and failure since covered up by endless bureaucracy.

The statistics indicate the national failure is bi-partisan. The deficit got out of hand when Mr Albanese was Infrastructure Minister. His other road legacies have become problematic.

The national heavy vehicle regulator was part of his deal in which Commonwealth investment in better roads would lead to higher freight productivity via simpler and better rules for the thing that really matters – truck access to roads. Yet it remains – after a decade – a front for State-road agencies and their innumerable different and perplexing heavy vehicle access rules. The National Transport Commission continues its ineffectual pursuit of arcanum much as it has for over three decades, after being put ‘back in its box’ for daring to try to influence substantive policymaking under Mr Albanese.

Coalition Ministers have aided and abetted this travesty of bureaucratisation, boosting bad projects and promising reviews that never happen.

What then of the recent increase in fuel prices – over 210 cents per unleaded petrol litre – and calls for Commonwealth excise ‘relief’ to deal with cost of living pressures?

The excise, 44 cents per litre, has increased by less than 1 cent since last year. The recent petrol price rises are almost entirely due to international factors.

Were the excise to be reduced, other road charges would need to increase or the problem identified above would worsen. Road bureaucracies have made proposals for new types of road charges – like vehicle mass-distance charges – to replace the excise etc, and to be collected and kept by them instead of treasuries, and allowing them to operate ‘commercially’ – so-called ‘road reform’.

However, the above facts point to an issue that make such proposals unacceptable – charges levied by road agencies would collect vastly more than before – cost of living pressures would worsen.

The solution to that issue is road-user rights and independent regulation of road agency spending. The bureaucracy has spent the better part of twenty years assiduously avoiding that solution, putting up unacceptable charging proposals in the sure knowledge Governments will prefer to continue current arrangements which have them as protected species. The heavy vehicle regulator and National Transport Commission fiascos (above) – denying the most important users any say about roads – are but part of the dreadful bum-steer the bureaucracy is giving Governments and the community.

It is impossible to avoid the conclusion that road spending is way too high, priorities are wrong, and there is a roads empire which is out of control. It is going to take real courage and skill to tackle this monster before it causes even more enduring damage to Australia.

Promises to spend more on roads, or to advance pet projects in this environment, would be evidence of a lack of the qualities Australia should expect from its leaders.