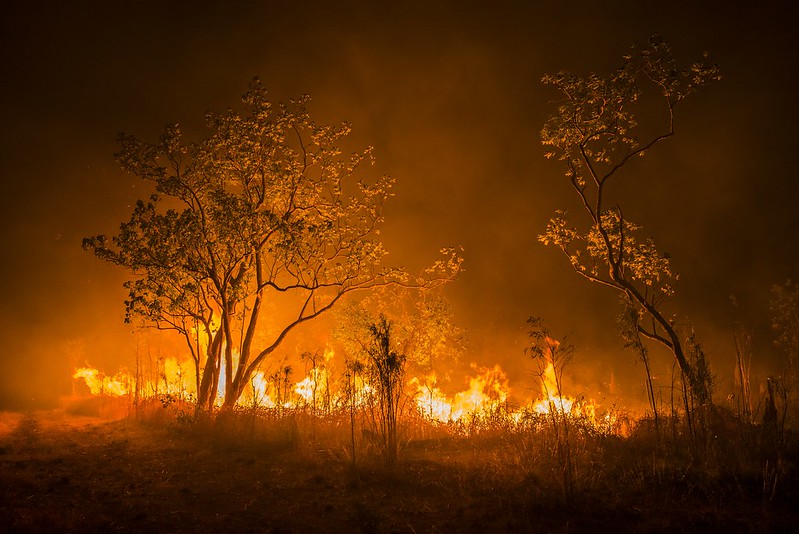 When Scott Morrison chides inundated Australians about expecting too much from the government or the ADF during a crisis, he is not just speaking about the nightmare scale of these catastrophic floods. He is setting expectations for the climate emergency’s cascading disasters. You’re on your own.

Through most of the 20th century, the Australian way was to balance government and private enterprise. We had many more state-run utilities than in the free market US, but it worked for us, reflecting and shaping a character that believed even the poorest among us deserved effective healthcare, clean water and education.

With the visit of Milton Friedman in the 80s, luminaries of the Economic Rationalist right such as Peter Costello were galvanised to transform Australia into America. Despite the chaos that America has become, captured starkly over the pandemic in its much higher death toll than comparable nations, this mission continues.

This week, at the Australian Financial Review Business Summit, Peter Costello urged the government to slash spending – no doubt to pay for the tax cuts this group commands. Morgan Stanley’s head, James Gorman, urged the attendees to “get greedy when everybody else is scared,” at the time that their home neighbourhoods were awash and Australians remained desperate for clean water.

Naomi Klein and Anthony Loewenstein have commended us to be alert to disaster capitalism. There is always money to be made in upheaval. For those who have the wealth to buffer themselves from undue suffering, the equation can be simple. Petrostates and coal nations capitalise while the market remains. Oligarchs welcome the warming climate for the opportunities opening up around the arctic. The rest of us are disposable.

Brooke Harrington, the sociologist who carried out an immersive study in the world of the Ultra High Net Worth Individual (UHNWI) pointed out that national borders and laws are as nothing to this class. Their enablers make a relative fortune finessing their mostly legal theft of their nations’ wealth. The professionals share their clients’ belief, more often than not, that governments are incompetent and thus money taken by the government in tax is wasted. They believe in their own mythology that they are wealth creators and thus more valuable. They perceive “redistribution of collected tax as immoral because it creates dependency on the part of the poor.” Destroying initiative with flood support would do nobody any good in the long run.

Through the bushfires of the Black Summer, the pandemic and now the floods drowning much of Queensland and NSW, Liberal and Coalition governments have generally commanded their populations to take individual initiative. This is fine for those enablers of the plutocrats who have strong wifi, large homes and access to consolatory luxuries and the best healthcare. Many have died because essential workers do not have that option.
The federal Coalition had few jobs over the pandemic, but it botched them all. It is undoubtedly responsible for quarantine but flung that hot potato to the states.

Vaccine roll-out followed by RAT provision was scandalously mishandled. The ugliest excuse was not wanting to get in the way of the free market. The wealthy donors were not going to be affected by the shortages, able to make their own arrangements. Subsistence-level workers were inescapably going to sicken and kill the elderly with these ridiculous and expensive mistakes, but neither the workers nor the elderly really mattered when profits were to be made. This is the model for the climate crisis: some lives are superfluous.

The recent IPCC report from the second Working Body took last August’s first report establishing that human activity was to blame for most current heating, and illustrated the catastrophic impacts. With the concurrent emergence of Japanese encephalitis far south on the Australian mainland, the Covid pandemic and shocking floods, we are seeing the cascading and compounding climate crises the new report describes. Wearing masks to protect ourselves from virus or bushfire smoke is going to be the least of our worries.

Politicians and public servants have been aware for decades that the climate emergency was coming, even if they chose to sneer at it as lefty hysteria. The right has opted to build a fortress against the crisis of displacement they knew would escalate from the relatively minor numbers of the Middle East “interventions.” It has chosen to inculcate a broadly-accepted ideology that taxpayer funds can be funnelled into fossil fuel subsidies and military spending without question. The Australia Institute’s Richard Denniss details how social spending, on the other hand, has been made to seem wasteful and soft.

Barnaby Joyce dismissed those who died in the bushfires in his electorate as likely Greens voters. Shane Stone, the coordinator general of the National Recovery and Resilience Agency appeared to blame people “who want to live among the gum trees” before stating that “the taxpayer and the ratepayer cannot continue to pick up the bill for these huge, catastrophic damage events.” As a former Liberal Party president, he receives a salary of $500,000 for the role. It is clear from this rhetoric that too many Australians are disposable.

At the same time the Coalition is announcing rorts, military spending and corporate welfare for more crisis-fostering gas fracking. As Denniss points out, we don’t have to accept the right’s moralising about which national money is thrust chaotically at donors and electoral success, and which programs are depicted as wasteful because they only help the public.

There are much more effective ways to deal with emergencies than to deploy the ADF, particularly if they are commanded to prioritise photo opportunities over labour. Australia is going to experience some of the most challenging impacts of a crisis that is making “the world sicker, hungrier, poorer and way more dangerous by 2040.” The numbers of poor in the world are compounded by the former middle class who’ve already tumbled out of that status over the pandemic, the money funnelled up to the global oligarchs. More of us will be poor as the crises mount. These poor and precariously positioned in Australia will, as always, suffer catastrophes worst.

We have to decide if we are willing to settle for people like Shane Stone who don’t believe that the nation’s money should be spent on Australians in direst need. Do we envision an Australia that leaves our fellow citizens in desperation, or do we envision one that spends its money on all of us?

The Australia Institute has a popular proposal that suggests taxing the fossil fuel sector to fund an emergency body that will have the capability to support Australians wracked by the succession of crises we face. That is certainly an important idea that must be discussed. The sector has prevented us from transitioning to renewables back in the 20th century when we could have done so with little pain; the time has come to make them compensate us for the suffering that has only just begun.

In the meantime, we need to debate what Australia looks like as these catastrophes slam us. Are we going to let the wealthy shut themselves away from the suffering, wincing at the next disaster’s figures of death and destruction? Will they establish elite private sector emergency services as happens in the US? Or will we work together, community and government, to assist those worst hurt?